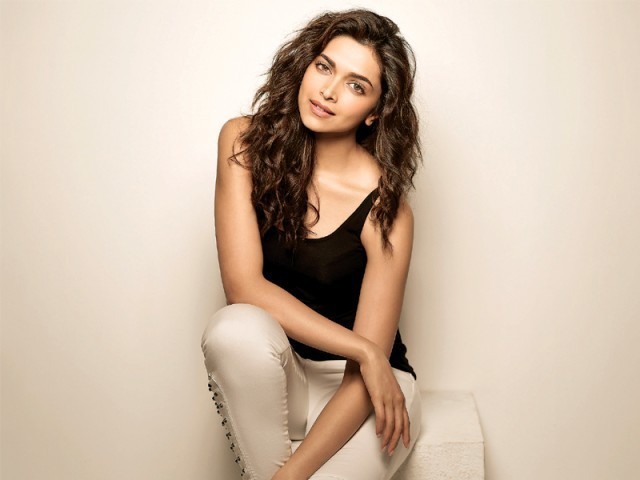 Social media burst with #IStandWithDeepika tweets and loads of eminent celebrities came out to support her. PHOTO: FILE

Times of India hailed a sexist headline along with a racy capture “appreciating” Deepika Padukone’s cleavage. But wait, this is not the news. When Padukone refused to be treated like a piece of meat and lashed back by questioning the leading daily’s standard of journalism, this much awaited outburst started making waves globally.

Supposedly India's 'LEADING' newspaper and this is 'NEWS'!!?? pic.twitter.com/D3wiVVXuyM

Dont talk about Woman's Empowerment when YOU don't know how to RESPECT Women!

YES!I am a Woman.I have breasts AND a cleavage! You got a problem!!??

Media houses have always had their way in objectifying women and have always had the social advantage of getting away with lopsided ‘journalism’, until now when someone decided to leash the watchdog. Media coverage has always been biased towards female celebrities, focusing on what they wear and rating their looks, rather than hearing their individual voices and transmitting it like they normally do with men.

This gender bias is not just confined to our part of the world; Hollywood also suffers the same bane. A lot has been written on how actresses are undermined by shifting the paradigm of focus completely to their looks and designer gowns at the Oscars red carpet rather than weighing their respective work. Beauty and physical stats come to the forefront while dealing with women, be it in movies, politics or sports.

Sometimes they are undermined for not being beautiful, as Serena Williams has been called the most ‘uncherished’ American athlete. Sometimes their talent and credentials are rebuffed just because they are beautiful, as Kashmala Tariq once opined in an interview that beauty becomes a curse when all your talent and success is attributed to your beauty. Similarly, our minister, Nabil Gabol, once publicly proposed to anchor Reham Khan during an Eid transmission show, and the poor woman had to make a lot of efforts to be taken seriously as a journalist rather than just an eye candy.

Media shoulders grave responsibility of shaping the perception and consciousness of the audience but instead of educating them, it is further feeding them the social dogmas and taboos against women. Visuals are seen to be a crucial part of every reporting and are a source of gravitating the audience’s attention. The sensational photograph posted with every female celebrity’s news sets the perspective without saying much, often provoking invectives for the stars.

The Padukone episode reminded me of a recent news where a leading newspaper, while breaking the news of Saba Qamar doing an item number in Mastani, had reminded readers the pledge she once made that she won’t do any dramas in case she does an item number as her drama audience would no longer be able to relate to her “homely” image then.

Now, I don’t remember any such moral bars set for male drama actors. In fact, they can smoothly switch between their TV and film avatars without disturbing anyone’s moral sensibility. Imran Abbas could be quoted as a recent example, as his explicit number with Bipasha Basu in his upcoming Bollywood thriller Creature 3D was never considered a hindrance in his Pakistani drama career.

When will we start respecting a woman professionally for her work, leaving aside her body? The most disturbing part of this tragedy is that successful, independent and iconic women are taking all this exploitation passively without ever coming forward with their own perspective. We seldom come across an opinionated actress, who voices her opinion, reservations and ideas vehemently.

Sonam Kapoor is an exception to this because she always has an opinion on social and political issues and expresses it unabashedly. And now, the witty retort by Padukone comes as a fresh breeze. She has channelised the immense power of social media and as director Farah Khan tweeted while applauding her bravery,

Above all, be the heroine of your life, not the victim. @deepikapadukone doing just that!! (N THATS how u pay a compliment )

We’re glad someone has finally stood up to media stereotyping and now many will follow suit. And they already have. The social media burst with #IStandWithDeepika tweets and hashtags, and it instantly became the top trend in India where loads of eminent celebrities, both male and female (which should be another cause of celebration), came out to support Padukone. Several actors and actresses have spoken up in Padukone’s defence, bashing one of India’s media houses.

Journos have a responsibility when they report. This was one of the dumbest & most irresponsible moves! #respect @deepikapadukone

My simple question to the media regarding the Deepika-Cleavage story is.. Can this messenger be shot??

Seriously ballsy of @deepikapadukone to take on the media and call them out on their hypocrisy!! Our silence is always taken for granted!

Entertainment 'news' has rarely ever treated women with much respect. I'm surprised by the surprise. For once some1 decided not to let it go

Complimenting a lady is a grace reserved for gentlemen! I stand on a tall tall chair and applaud you @deepikapadukone

Appalled….shocked and disgusted at the level of disrespect shown..Deepika or any women in the world cannot and should not stand for this!!

Padukone has come a long way, not only as an actress but also as a strong vocal individual. Recently, she made another inspiring headline when she reprimanded the media for mishandling the Shweta Basu case, where the actress was ostracised but the names of the prominent men involved were never brought to light. The Indian media shamelessly violated the privacy of the actress as it was the easy way of selling the story.

Really disgusting when an news channel like @TOIEntertain#shame trys to justify their pitty act instead of apologising!! #IStandWithDeepika

#IStandWithDeepika: We don't have guts to do what she has done, but we support it, @iamsrk supports @deepikapadukone pic.twitter.com/9mRRRy5cEb

Im speechless I cant say anymore because Im so proud of her! Deepika deserves a lot of respect. People should appreciate #IStandWithDeepika

Being a celebrity puts actors in a sensitive spot where their opinion and conduct can affect millions of followers and their actions can carve a path which will make the life of the fans easier. It is a power which must be used carefully and, by refusing to be pigeon holed into a sex object, Padukone has certainly put this power to good use.