Mary Kom: A punch in the right direction 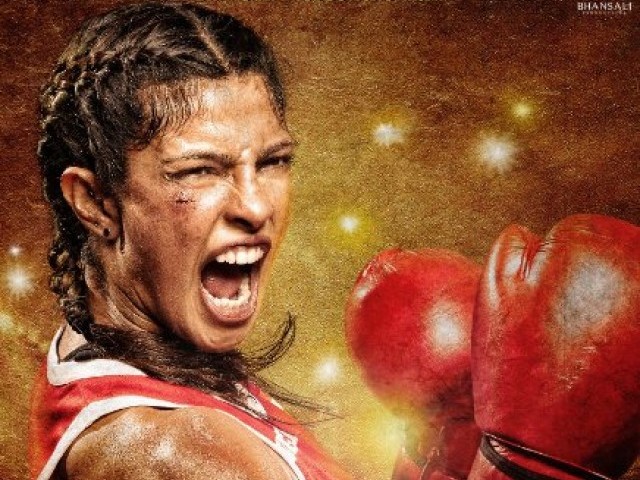 Apart from her appearance, Priyanka became Mary Kom in a way that nobody probably expected her to be. PHOTO: IMDB

When you think of movies under the Sanjay Leela Bhansali banner, you think of epic romances, of the colours blue, grey, and black, of love and passion, and women dancing in the most extravagant of lehngas.

But the last thing you would expect from a Bhansali movie is a story about a young girl trying her luck in the patriarchal field of sports. This is why the movie Mary Kom was pleasantly surprising.

But Mary Kom coming from a big production house is not why I liked it. I liked it because of the following reasons:

1) It is a biopic. This kind of cinema is really inspirational and it gives the masses something to watch other than the mainstream Bollywood love stories, family drama and masala.

2) The protagonist is a female and this just goes to show that Indian movies have come a long way and have matured in terms of gender equality and giving a voice to the female population.

3) Despite it being an Indian movie, it’s not completely ‘Indian’. They have not tried to ‘Indianise’ the movie and have done justice to the local language, culture and mannerisms of the people of Manipur. Although Manipur is a part of India, it is very different from mainstream India which we always come across in movies.

All the actors seem to be of Manipuri origin, except for Priyanka Chopra of course, and this makes the story seem original and believable. They have also highlighted the discrimination the people of Manipur face at the hands of Central Indians.

4) Priyanka Chopra. I don’t think this movie would’ve created such an impact without Priyanka’s award worthy acting. Though at first I was a bit sceptical because she signifies beauty and glamour, whereas the real Mary Kom is simple and athletic, but the filmmakers did a great job with Priyanka’s costumes and make up. They also made her skin look like that of the people of Manipuri. But apart from her appearance, Priyanka became Mary Kom in a way that nobody probably expected her to be. Her performance was very powerful and any young girl striving to achieve her dreams would be able to relate to her.

Perhaps the best thing about Mary Kom is that it narrates not only the story of MC Mary Kom, the boxer, but also gives us an idea of the thousands of girls living in male-dominated societies that are too conservative and too rigid to let them follow their dreams.

While watching the movie, I thought of Maria Toorpakai from Waziristan, Pakistan, who had to disguise herself as a boy just so that she could play the sport she loved. After winning competitions, she received threats and so had to practice in her room but continued to pursue her ambition without giving up in the face of adversity.

There are an innumerable amount of girls who do not get to do what they love just because their family, culture, society and religion say it’s not ‘appropriate’.

This makes you think, because of backwardness, of how much talent Pakistan has lost? Our youth has a lot of potential but it is being wasted because we don’t have proper channels to nurture it, groom the talent and allow it to grow. Instead we suffocate it and keep it buried in our backyard and, in the case of girls, in our kitchens. 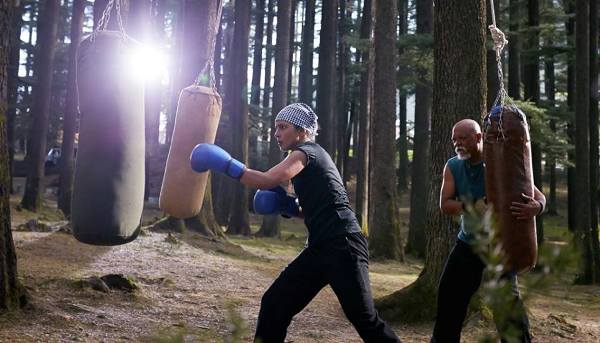 Even though Mary Kom didn’t do so well at the box office, I am glad that Bollywood made this movie and hopefully, one day, Pakistan will also make movies about inspiring people like Maria Toorpakai and others who struggled but made it, with no help from their country or society.

Maybe such a movie won’t be allowed to screen in Pakistan, the same way Mary Kom has not been allowed to screen in Manipur, but when has banning something ever stopped people from seeing it? People will watch it, nonetheless, and it might help in fixing certain distorted, unfair perspectives. This film will help people open up their minds a little, and make them understand the importance of coming out of their shell of bigotry and valuing talent irrespective of gender.