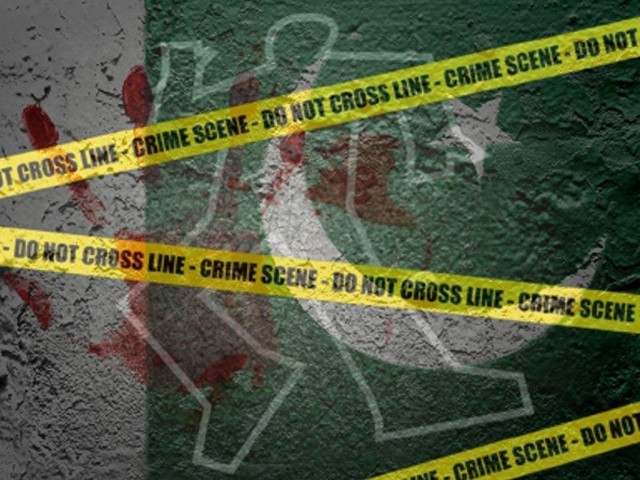 He was only 21. He was somebody’s son. Somebody’s brother. An aspiring doctor who, had he lived, would have made so many lives prosper.

During the second last week of Ramazan, Zia Masroor, a batch mate from my university, Dow Medical College (DMC), was shot dead by armed robbers.

He was driving back home after retrieving some cash from an ATM and as he turned into his street and was about to reach home, he realised he was being followed. Fearing the robbers might enter his house and endanger his family, he kept driving on, trying to throw them off track. Moments before he was shot, he made one last call home asking them to shut all doors and windows and to stay inside and be safe.

His plan worked. His family is safe. But he got shot himself. The bullet lodged right into his heart.

He was somebody’s son. Somebody’s brother.

An aspiring doctor who, had he lived, would have made so many lives prosper.

One of his closest friends says,

“A true friend is one who sees a fault and gives advice, who defends you in your absence, and who prefers you over himself.”

This is how Ali ibn Talib described his true friend, and this is how I would describe Zia Masroor.

In an instant, it was not just a living, beating heart that stopped but an entire universe of memories and aspirations, hopes and dreams, joys and sorrows was taken away.

This is the worth of a human life in our city today.

As we mourn him, we are forced to realise that he is not the only one whose life was lost so senselessly.

According to a report, the crime rate of Karachi alone is 50% of the total crime rate of the province of Sindh. Figures from the Citizens Police Liaison Committee (CPLC) show that in 2010, 1339 lives were lost due to violence related incidents, politically motivated and otherwise.

The figures itself repre­sent a 10-fold increase over a five-year period, with steep rises every year. On September 7, 2014, a woman was killed in a mobile snatching incident in Defence Housing Authority (DHA).

Another senseless killing – another life taken. Another number added to the terrifyingly increasing list. These numbers are on the rise. And they may just continue to be so. Masroor (shaheed) is one of them. A meaningful life reduced to a number.

There comes a point when we become numb to these statistics, even though we are all aware of what they represent. Perhaps it is because the human mind has a limited ability to commiserate. We consider ourselves resilient, tough even. But what if this is at the cost of losing our humanity?

In 1917, Britain’s prime minister, David Lloyd George, was known to have said this regarding the casualties of the First World War,

“If people really knew what was happening, the war would be stopped tomorrow…”

Would anyone say the same of us today? We all know. We have the numbers; the statistics that speak of immeasurable horror. And yet, what are we doing to stop it? This is not just the loss of my university; it is our nation’s loss. We lost a hard-working and conscientious future doctor. We lost a commendable human being.

How many more are we to lose while we stand by and watch?