“I was raped hundreds of times, by the man I was married to” 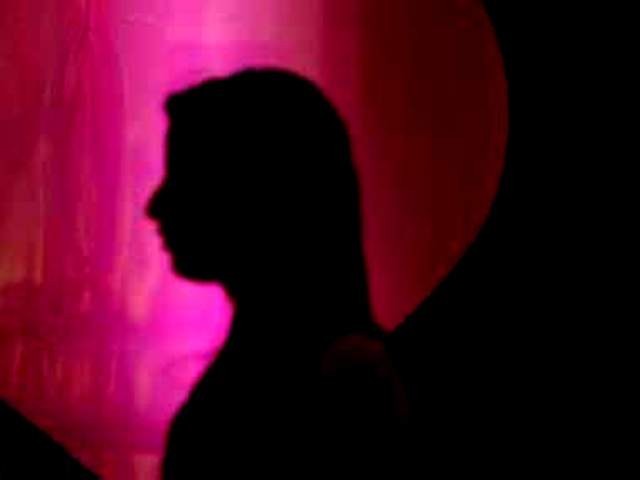 It has taken her years to even be able to talk about this. For the longest time, she was exisiting in a zombie-like state of mind. PHOTO: REUTERS

That phase of her life ended three years ago with her divorce, but 35-year-old Naila* will never be healed of what she went through during the nine years of her marriage. This is a true story; the true story of a woman who suffered a plight faced by so many women. Sadly, the crime committed against them is not even considered a crime.

“Every time my husband approached me, it was sheer torture. Sometimes physical, and forever mental and emotional torture. He was physically brutal and wanted me to indulge in behaviour I was not okay with. He never cared about what I wanted or needed. He did not care about whether I was unwell or pregnant or had recently given birth to a child,” says Naila.

It has taken her years to even be able to talk about this. For the longest time, she was existing in a zombie-like state of mind.

While laws to punish perpetrators of rape have seen considerable headway in Pakistan, how does one even begin to talk about an act that is not even seen as something despicable, leave alone a crime? Talking to even educated people makes one realise that most Pakistanis, even women, do not recognise it as something that should even be discussed openly.

Naila tried to talk to her family about her plight many a times,

“They thought something was wrong with me. ‘You have to fulfil his needs. He has a right over you. Besides, your three sons will suffer. Think of them’, is what they’d say every time. So many times, I wanted to say ‘but what about my rights?’ but did not have the courage. When something is packaged in social norms and misunderstood religious ethics, one is conditioned into staying silent even in the face of pain and suffering.”

When asked if Pakistani law recognises marital rape as a crime, Maliha Zia Lari, lawyer and women’s rights activist, explains that earlier the law described rape as a crime committed by a man against a woman other than his wife. Lari says:

“In 2007, the part that said ‘other than his wife’ was removed. That technically means that the statute has changed. However to the best of my knowledge no cases have been reported”.

In her opinion, it all boils down to social bias, stress on women in particular when it comes to conjugal rights, and the fact that marital rape is not even seen as a crime,

“There is so much silence around the issue”.

Naila’s saviours came in the form of some friends who made her realise that religion neither condoned nor allowed a man to be physically cruel to his wife, even when it came to spousal physical rights.

“I began to study and talk about it with people who had knowledge, and realised I was being wronged. I realised that just like I am not allowed to cause harm to others, it is also a sin to allow someone else to harm me. Allowing a man to physically hurt you and treat you like an object with no feelings is not piety,” she says.

The change took long. The process took even longer. The first person who needed to understand that this was wrong was Naila herself. The most difficult part was making the decision, because her husband was not a habitual wife-beater, yet was often violent when it came to the area of physical intimacy. But Naila finally struggled her way out.

According to barrister Asker Husain who practices law in the UK, those from the civil society or human rights’ camps should not be disheartened if social change is not swift.

“In England, marital rape wasn’t recognised as an offence until 1991, and it took a very long time and much effort to change centuries’ old thinking that somehow the act of marriage was tantamount to the woman ‘consenting’ to everything,” says Husain, adding that even in the UK, that there aren’t many marital rape prosecutions.

“There are a number of reasons for this. Sometimes it’s simply because the wife doesn’t want to bring a case against the man she loves and/or is the father of her children, or reasons like economic dependency. It’s also very difficult for the prosecution to establish the absence of consent. But evidential issues are faced in other arenas too and are not unique to marital rape.”

Seeing stories like Naila, one is forced to wonder whether what Bertrand Russell wrote in 1929 in his book ‘Marriage and Morals’ still holds true. Russell had said that,

“Marriage is for women the commonest mode of livelihood, and the total amount of undesired sex endured by women is probably greater in marriage than in prostitution.”

Whether one gives the act the tag name of ‘marital rape’, or chooses to call it by a milder name to avoid severe reactions from certain quarters, the fact remains that use of force and violence, and lack of consideration of the wife’s feelings is something unacceptable, both religiously and ethically.

Change takes time. For change, all segments of society must be slowly brought on board, including the men. For this, baby steps would have to be taken. And the first step is to break the silence around the issue.

Change may take decades, but the process must start.

*Name and certain details have been changed to protect this person’s identity.