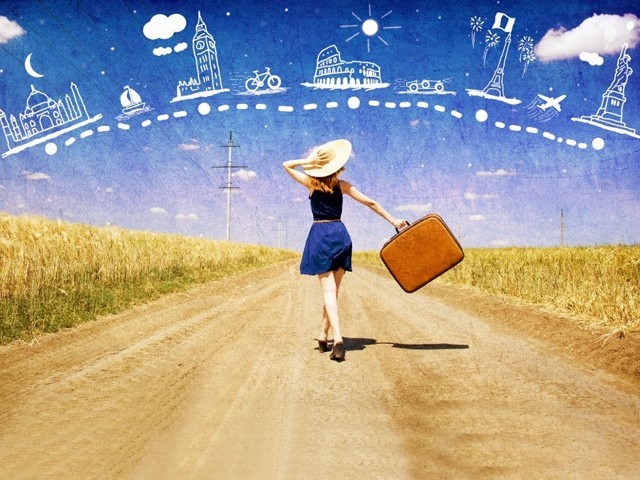 I want to watch the sun set over Paris from the Eiffel Tower. I want to walk on the streets of Venice. PHOTO:

I want to do more with my life

Than just be a Pakistani girl, a wife, a mother,

I want to take two years off,

And backpack through Europe!

I want to watch the sun set over Paris from the Eiffel Tower,

I want to walk on the streets of Venice,

I want to get lost on the tube in London,

I want to swim in the waters of Greece,

I want to be mesmerised by the northern lights in Iceland,

I want to go cycling in Holland,

I want to walk through the Black forest during autumn in Germany,

I want to follow the Sound of Music in Austria,

I want to stand at the top of Europe in Switzerland,

I want to tiptoe through the tulips in Amsterdam,

I want to tour the highlands of Scotland,

I want to explore the wonders of ancient empires in Athens,

But you’re Pakistani, there’s no way you’d get the visa!

But you’re a girl, you can’t go alone!

But what will people say?

But you’ll be wasting your life!

But money doesn’t go on trees, we earn in rupees, not pounds!

But you’ll be too old for a good rishta by the time you return!

But there’s no place for wanderlust,

When you are who you are,

When you come from where you do,

When being a Pakistani, and a girl, moreover,

Defines your entire existence, your decisions,

And, unfortunately, your dreams

An apt case study of diaspora blues, the author is overwhelmed by the qualms and woes of being Pakistani. She currently resides in Malaysia, humanising chatbots. A writer by nature and nurture, she blogs at mithamatics.wordpress.com. She tweets at @MyraM93 (twitter.com/MyraM93)

Why single-sex schools are failing your children

Move over, Black Mirror! Love, Death and Robots is the new dystopic show in town!

Your daughter's education is as important as her marriage