How deep-rooted is religious intolerance in Pakistan? 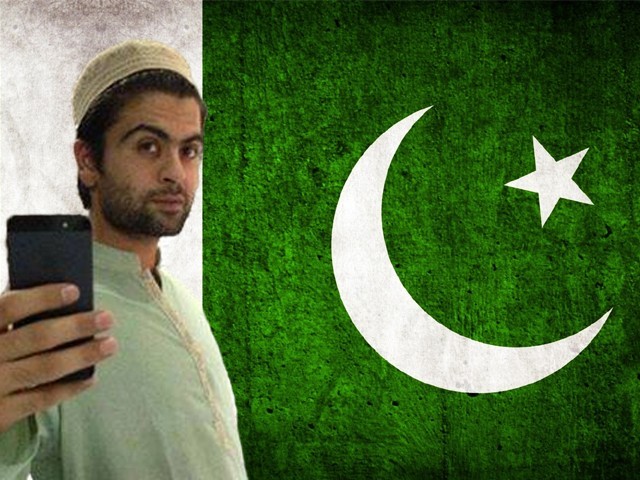 Ahmed Shehzad is not condoning violence against religious minorities, he is not sympathising with terrorist organisations; he is just a young cricketer enjoying a booming career.

Statistics have labelled Pakistan one of the world’s premier terrorism affected nations. However the one silver lining in the cloud of an extremist attack is a unified chant of ‘yeh hum naheen’ (this is not who we are). But when a beloved young athlete displays religious bias, can we really comfort ourselves with the same philosophy?

“If you are a non-Muslim and you turn Muslim, no matter whatever you do in your life, straight to heaven.”

After Dilshan’s reply (which is almost inaudible) Shehzad goes on to say,

“Then be ready for the fire.”

The video was a godsend for any international media outlet looking to fuel the inferno labelling Pakistan as a nation of religious bigots. But when a young Pakistani makes a statement of such blatant prejudice, it necessitates soul searching at home.

Ahmed Shehzad is not condoning violence against religious minorities, he is not sympathising with terrorist organisations; he is just a young cricketer enjoying a booming career. But, it is his identity that is a greater cause for concern, because it unravels a prejudice which runs deep into Pakistani society. It exposes intolerance towards religious diversity.

I first encountered this as a thirsty, and broke, 11-year-old. On a regular school day in Hyderabad, a friend of mine offered me a sip of her drink, noticing that I didn’t have money to buy one, and I eagerly accepted. We continued chatting until a teacher pulled me aside.

“You’re one of the sensible ones,” she said to me, mimicking the tender concern of a mother, “so I know you’ll understand. See, you were sharing your friend’s drink just now, and I’m not sure if you know that she is a Hindu. But you should be careful. It isn’t wrong to sit with them. But it is wrong to sip from the same bottle.”

Now, if she had scolded us for our hygiene practices, or lack thereof, perhaps her comment would have been justifiable. But even as a scatterbrain little girl, I knew there was something wrong with her moral compass. Today I understand just how much such beliefs hurt modern-day Pakistan.

Religious prejudice slashes into the heart of Pakistan because it ignores nuances of its makeup. Can you imagine Pakistani intellectualism without Ardeshir Cowasjee?

Or Pakistani fashion without Deepak Perwani?

Can you imagine the north without the Kalash Valley?

Or Thar without the Hindus?

Can you imagine Lahore without its cathedrals?

Or Karachi without the Parsi community?

The answer to this incredibly rhetorical question is a simple ‘no’. Pakistan cannot be Pakistan if it is painted in a single shade of green.

Of course there has been an attempt to link the discrimination faced by people of differing faiths to Pakistan’s history. Focus has been drawn to its very foundation as a nation and state. And whether the present religious favouritism and discrimination can be traced to the roots of the young country has been debated time and again. But when the man accredited as the father of the nation, Quaid-e-Azam Muhammad Ali Jinnah, announced in his first presidential address to the constituent assembly that all Pakistanis were free, can it not then be argued that blaming history is a means to avoid solving the problem?

Ahmed Shehzad is not a product of a prejudiced history; he is an amalgamation of a confused present. Where people in authoritative positions are trying to inject arguments where they have no place of existing. He is the product of an ‘us and them’ scenario absent until more recent times; which works to benefit some at the expense of others. It has to do with politics, not religion.

It shouldn’t represent all of Pakistan, but it does.

At 15, I visited the Abdullah Shah Ghazi Mazar (which attracts Muslims predominantly) and the neighbouring Hindu temple with my school. The caretaker told us that the niaz (charity meal), prepared at the temple is shared equally amongst the worshippers at the temple and the Muslims at the Mazar. This is the kind of brotherhood that exists on the streets of Pakistan. And part of me will always believe that it is what most Pakistanis believe in and practice.

But when statements, that completely disregard such sentiments, are made on public platforms, they are used to paint a picture of the entire population. And all we can really do is watch as a beautifully diverse community is reduced to a single, stupidly uttered sentence.