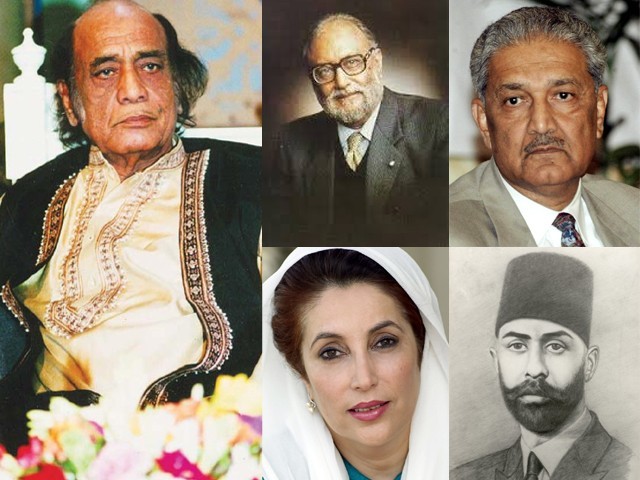 These heroes (in their respective fields) were, sadly, not acknowledged until they were no longer capable of service.

The day after the legendary Mehdi Hassan died, I was at a restaurant where live ghazals were being sung by a budding singer. He was entertaining requests and invariably all the requests being made were of the ghazals sung by Mehdi Hassan. It was as if the people could not think of a better singer. I sat pleased for a moment that the star has truly been recognised. But then it ached deep down, wasn’t it too late?

For weeks Mehdi Hassan had laid bedridden and yet, there had been no calls for prayer, no fans thronging his premises and no government officials ensuring he gets proper treatment.

Just a few weeks ago, in a different milieu, I’d debated with a good friend on how we never realise the true worth of something until it is gone. It is not just the entertainment industry – look at our politicians, at sportsmen or at the literary figures; the conditions are all alike.

One day Benazir Bhutto was corrupt, the next day the nation wept at her sad and early demise. Inzamamul Haq and Shoaib Akhtar had to bid farewell to their careers in very sad circumstances. And what to say of Habib Jalib; he spent his life insolvent to be sung today, after his death, by the most notable politicians. His poems have become the anthem for every revolutionary in the country. These heroes (in their respective fields) were, sadly, not acknowledged until they were no longer capable of service.

“Stoning prophets and erecting churches to their memory had been the way of the world through the ages.”

And nowhere is it truer than in the Islamic Republic of Pakistan.

I say this because how we cherish and recognise our legends is very different from the way other countries do; we are miserably trailing behind.

Take, for instance, India; Sachin Tendulkar is not only called but treated as if he truly is the god of cricket. Virender Sehwag, sometime before Tendulkar’s retirement, had asseverated that,

“The little master has earned the right to choose which series he plays in and which he would not.”

In Pakistan, however, Muhammad Yousaf has been sitting on the side-lines for ages without much consideration.

And not just this, we can juxtapose other luminaries, with equal if not more, remarkable achievements in Pakistan with those in India. Abdul Kalam became the president, while Abdul Qadeer Khan became a convict. The Khans – Salman Khan, Amir Khan and Shahrukh Khan – may well be worshipped in India, but the Pakistani actors (even of the ranks of Qavi Khan) had to find refuge in the morally reprehensible theatre arts to earn a living.

We create trusts in their memories and yet, fail to ensure proper remuneration in their lifetime. The trusts may well foster some talent, but they cannot possibly please the people we are grateful to, after they are already dead. Would it not be more befitting to ensure a worthy lifestyle for every person who does us proud? Government exchequer being consumed by the venal elements would certainly find a better use in the service of these legends instead.

How can we expect to progress if we cannot even respect our heroes? In fact, some of these were lucky to at least have been recognised after their death. The treatment meted out to Dr Abdus Salam’s grave, and the fact that Chaudhry Rehmat Ali could not even get six feet to be dug inside the very country that he had envisioned, named and created the flag of; reflects the true sadness of affairs. We need to learn to genuinely appreciate the people we are indebted to.

“Let us honour if we can the vertical man though we value non but the horizontal one.”

It is this that I beseech my countrymen to do. Let us give due respect and recognition to our heroes. And do it in their lifetimes, rather than after they are retired, or indeed dead. This shall encourage more people to stay back and do something for the country and get acknowledged, instead of moving elsewhere.