Celebrity photo leaks: Drop the drama, everyone loves a story! 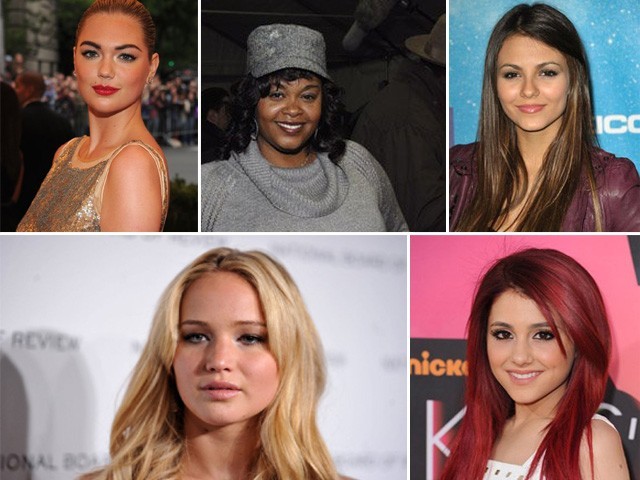 Lesson: if you are famous, try to be dressed if you plan to save your pictures on the net. If you're not famous, take a chance. PHOTO: IMDB

The ‘nude celebrities’ pictures’ leak last week on the internet’s various social media sites has created an unwarranted, but nevertheless expected, level of hoopla. The truth is, in this day and age, any educated and avid internet user, with a plethora of passwords for a multitude of accounts and, who watches thrillers is well aware of the universal do-no-gooders called hackers, trolls, and cyberpunks.

If the CIA can subject governments of entire countries to hacking, spying, and needlessly-putting-your-nose-where-it-definitely-does-not-belong, then you’d have the common sense to realise that once you put your images, messages, trivial and/or important personal information into any electronic device, it is open to the world. Having said too much, I can only say that the hacking/posting of nude pictures of Jennifer Lawrence and other celebrities on the internet was bound to happen sooner or later. It was like a time bomb. Therefore all the hoopla over it is quite needless at this point; everyone, celebs or non-celebs, takes these risks knowingly.

Saving any information, and images, with passwords means that it is private and not open to the world. This fact alone attracts hackers to the account. That’s their job. They break into accounts to see what you’re hiding. And many of them are very good at what they do. It gets even more attractive a task for them when you’re a famous personality. Let’s be honest, nobody wants to know about your life. But they’d pay a king’s ransom to find out what’s happening in Kate Middleton’s email account.

Hackers and sites that publish their hacked material all hide behind the huge banner of ‘freedom of expression’. Ironically enough, this banner is larger than the banner of ‘right of privacy’. Hence, hackers, and others of their breed, are likely to get away with almost everything under the sun, including nude pictures. Crying over spilt milk will hardly serve any purpose. This celeb hacking business is old. It got really famous with Princess Diana and gained momentum over the decades at the same speed at which social media sites have grown.

If you are a celebrity, you are public property. Your life is their business. And they take their business very seriously. So if you want to keep things private, you do not post or save naked pictures of yourself on sites that are literally swimming on the electronic waves. Though Lawrence’s pictures were saved on iCloud, Apple is denying their device could possibly have been hacked. Lesson: if you are famous, try to be dressed if you plan to save your pictures on the internet. If you’re not famous, take a chance.

If curiosity killed fans instead of cats, the general global fan population would start falling dead at an alarming rate. Fans are a very, very curious breed of humans. They are likely to go to any extent to find out everything about the people who are in the news at the moment. Sitting in a comfy seat and hacking accounts is actually easier than the other pains many of them take to pry into other people’s lives. Naturally, Lawrence, Kate Upton and a bunch of others are high value targets for these hackers.

What you can’t see attracts you to death

When you see Hollywood celebrities, it makes you wonder why anybody in the world would be dying to see nude pictures of people who are, more or less, nude in movies and in pictures anyway?

But, as human nature goes, what one can’t see, one would kill to see.

As soon as it is seen, however, the attraction is over. So, even though these actresses wear teeny, tiny, midget sized bathing costumes that barely leave anything to the imagination, everyone has to see that one or two inches of skin that they haven’t yet seen.

The questioning of the ‘morality police’ on the issue is useless; you can’t change human nature.

Bashing of Scott and the ‘oohs-aahs’ over Lawrence’s pictures

A barrage of angry tweets are surfacing over how people are having a field day over the nude photographs of Jill Scott, making her, or more correctly her body, the target of insensitive and cruel jokes, and ridicule.

Jill Scott leaked nude pictures ? She to old for that

And I'm just now catching wind to Jill Scott's pictures being leaked…. I'm logging back out.

In contrast, the pictures of the other, more physically ‘attractive’, celebs are discussed ‘normally’. Realistically, the vehement reaction of the ‘feminist patrol’ here is quite baseless. The bona fide societal standard for the perfect female form has been instilled in the human eye since Praxiteles sculpted the Aphrodite of Cnidus in Greece in 360-340 BCE. If the Greeks, and later the Italian and Dutch masters, had initially chosen forms resembling Scott or Oprah, the artists who followed them would have taken a cue. Consequently, we would have had a different societal standard for female anatomy perfection whereby today we would have seen fans bashing Jennifer Lawrence instead of Scott.

Take a break, morality and feminist patrol, it’s really not anyone’s fault. Take it up with the old masters.

Men are more interested in these pictures; hence, they are all sleazy

The innate rules of human curiosity, discussed above, apply to all humans regardless of sex (with the exception of perverts, pornographers, paedophiles and others of the same category). Hence, it is crazy to assume that only men are interested in these currently leaked pictures. Everyone is curious and wants to discuss the few inches of extra flesh that they have never been able to see of these celebrities. Men have quirks but I wouldn’t call this one of them. If any survey was done right now on the interest level of men versus women, I’m sure the results would tally. There’d actually be more women. We really want to know how this male mind functions.

Of course not, it will not only give the celebs more confidence to post pictures in even worse positions, the University of Hacking and Nosiness will also start awarding PhD degrees to its candidates. This is not a case of ‘manners’ at all. Even the most well-mannered of us cannot but feel an interest in a topic that is raging on the internet. We may not actually look at the pictures, but we sure want to read what the fuss is all about. So let’s be adults here, everyone loves a story.

Pictures like these hurt the celebrity status of famous personalities

This statement has to be among the ‘Top ten myths of Celebrity-dom’. I won’t be surprised if many of these images are put out there just to be hacked so that interest in the person can skyrocket overnight. As they say,

(Notoriety is fame too)

The same principle applies here. It takes a lot to deter a die-hard fan. A few inches of skin certainly will not spoil anything for any celeb.

Anyway, for all it was worth, this Jennifer Lawrence scandal was certainly a distraction. Now back to the dharna in Islamabad! Notoriety at its best!