Jennifer Lawrence and proof of a male dominated society 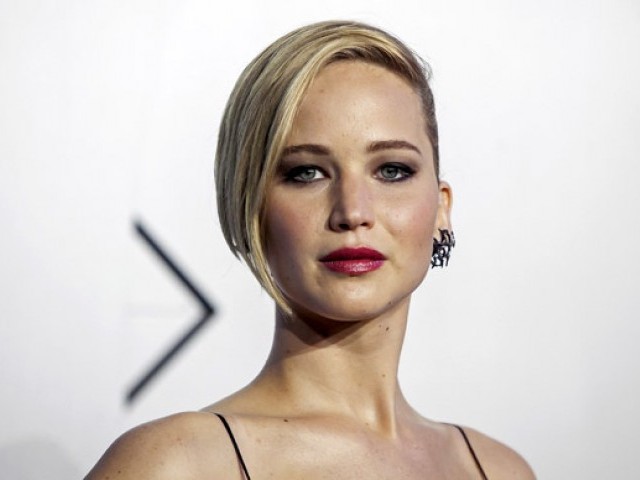 Celebrities are human beings too and everyone makes mistakes some time; just because one gets to highlight something negative about a person’s life doesn’t mean that the person is all bad. PHOTO: REUTERS

Jennifer Lawrence is one of those celebrities you cannot help but fall in love with. She’s funny, spontaneous, and doesn’t seem to have a filter when it comes to speaking, and the fact that she is so GIF-able, adds to her fame. So it came as a shock when a couple of days ago, a user on an anonymous forum decided to drop the bomb that he has Jennifer Lawrence’s, and other Hollywood celebrities’, nude photographs, and leaked a first batch.

The internet went on fire that day and no one could talk about anything else. But there seems to be a divide in opinion of her fans.

Some say it serves her well for taking the pictures; something like this was bound to have happened one day, considering her status as an A-List celebrity. The team investigating the hack claims their passwords were from the list of most common passwords used. Some claim it’s just a giant celebrity publicity stunt. But most are of the opinion that it is a violation of privacy and have raised some serious concerns over the state of it in the internet-loving world of today.

Most people sympathise with the celebrities whose accounts were hacked.

I think it's very unethical to leak Jennifer Lawrence's nudes onto the internet. That said, thank you so much for doing that.

Even worse than seeing women's privacy violated on social media is reading the accompanying comments that show such a lack of empathy.

I'm disgusted by all the guys tweeting about Jennifer Lawrence's private life! What if it was your sister? #AllMenCan pic.twitter.com/2uHQ2tJNgO

While we have the people who stand by her, and who feel angry and sorry at the same time, let’s talk about the ones who are still trash-talking about this incident and Jennifer Lawrence.

Even if you are the most adorable person on the internet, and everyone claims to love you, you do one thing wrong and the people will turn against you. The spotlight makes it easier for people to see how the stars live but they also have a life outside of the spotlight, which happens to be their personal life. Knowing that, there will always be people trying to create a rift between the public image of that celebrity and their personal lives.

Celebrities are human beings too and everyone makes mistakes some times; just because one gets to highlight something negative about a person’s life doesn’t mean that the person is all bad. But that is what the internet is trying to do to Jennifer Lawrence and others involved in the hack.

Also, notice how there is no male artist in the list of the celebrities who were allegedly hacked. It shows that the media is still controlled by men and no matter how much we go ahead, this will be a male dominated society, always looking out for its masculine needs.

Through this hack, we learnt that no matter how talented a woman is, she will always be seen as a sex object and will be treated in the same way. It raises concerns over the portrayal of women, not just in Hollywood but also in general. If such top celebrities, with so much in their hands, can be objectified like this, then why will a common woman be safe from the prying eyes of this male dominated society?

For women, it’s harder than men to come out of their comfort zones and follow their passions in a smooth and clean way. And this hack only adds to the multitude of bumps of insecurities and hardships women have to face along the way. It only shows that we, as human beings, are only contributing to make the lives of such talented individuals harder than they already are.

This will create a stigma in the minds of those talents not yet in the spotlight, and in turn, will make them hesitate to come forth and show the world their craft. This does not only mean being an actress; it applies to politicians, philanthropists, newscasters, models, radio jockeys and the likes. Women need to feel safe and with stunts like these being pulled every day, the world is making it harder for them to feel comfortable in their own skin.

Another concern raised is the privacy that we have in this gadget-infested world we live in. We are connected with everyone over the internet and there’s only one thing keeping our identities intact – our passwords. What we learnt from this is that one should not be dependent on technology to hold such vulnerable information about ourselves. We are prone to things leaking or being hacked, so why do we have to give away ourselves to something so fickle?

Our dependency on technology is alarming. It can come back to haunt us in ways we cannot even imagine, so we should learn to be more careful. If it can happen to A-List Hollywood celebrities, then who’s to say that we, the commoners, are safe?

All in all, I think this leak was a portrayal of our society as a whole and shows how we still have a long way to go in terms of being tolerant, trusting, and how we see women in our society. And it’s not a portrayal I would like to see. We need to be more human, be more supportive and be more open minded. Being this small-minded will only make life difficult for others – and perhaps for us too.