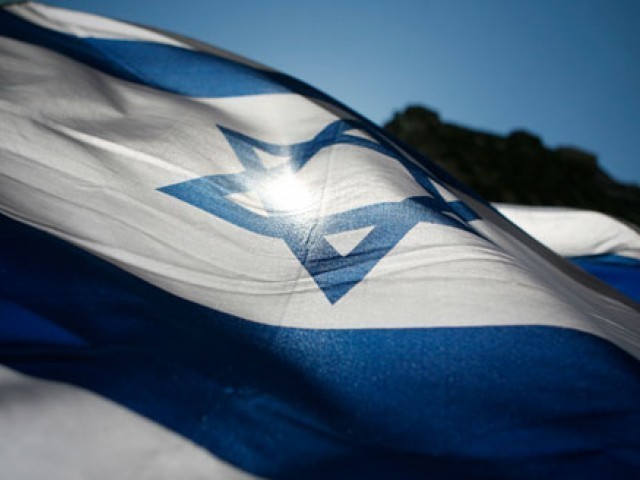 Do not insult anyone’s intelligence by killing innocent people due to notions of being special and blessed - and then claiming your acts to be ‘right’. You are no different from the Muslim terrorist who blows himself up for his dose of 72 virgins. PHOTO: REUTERS/ FILE

By the time two hundred people had been killed in Gaza, I had shared an array of articles and videos through my Facebook on the crisis at hand. I was not alone: every second Muslim was running their own CNN – minus those cute pet stories that came before each headline claiming the death of five more Palestinian kids (alongside that of a broken window in Israel).

Every now and then, I would be the silent spectator of a post that supported Israel’s struggle to keep itself safe from rocket fire,

“May God save us from these evil fanatics; their end is surely near!”

It was Talia, a friend, whose family had shifted from Israel to the United States in the late 90’s. Not a day would pass without her pro-Israel posts, underlined by scores of Steinberg’s and Aronov’s raving endlessly about Muslim imbecility.

Had I taken my resentment to her timeline, I would have been poached by her friends and family – with my tusk sold to China. I also thought of liking her posts in order to get her attention, but being a Pakistani, that would have been similar to wearing a turban and taking a selfie in front of the World Trade Centre. You just don’t do it.

Therefore, I sent a private message and waited for her response. Calling her on Skype would have been a better option, but I didn’t want her husband to suspect she was doing spy work for Hamas.

“Hi there! Went through the articles you were sharing on Israel. You are doing a wonderful job.”

“Hey, long time. Was that meant to be sarcastic?” was her reply.

“Well, considering that this will probably reach the National Security Agency (NSA), I wouldn’t dare use irony here. They have irony detecting algorithms from what I hear.”

“Before you say anything else, I would like to say here that I feel very strongly about this issue”, she said.

“That is not very surprising. I feel strongly about many things, like that stupid Kim Kardashian game becoming the top seller on the iTunes App Store. Now, what exactly is it that you feel so strongly about?”

“That Israel needs to put an end to this nonsense once and for all. People clearly need to be informed of the truth of the situation. I see so much anti-Semitism on the news.”

Now exactly which news channel does she watch? I have got to change my cable provider! And what was this truth she referred to? Perhaps she knew something I did not.

I remember an argument I once had with a family friend as a 14-year-old. It was about a new film that just hit the theatres, The Blair Witch Project.

“You do realise that this is not a real story, right?” I asked him after he emphatically praised the film.

“Just be quiet. My boss Sally was also telling me today that it was completely 100% real.”

“She’s got her facts all wrong – that is just not true.”

“What do you mean she has got her facts wrong? She’s a Jew. Who do you think knows more – you or her?”

Knowing that he was a practicing, (supposedly) intelligent Muslim, for many years afterward I refused to dare question the intelligence of any Jewish person, living or dead – or their ability to carve the American conscious to their liking. It is very impressive.

Seeing that Talia was in no mood to budge even a tiny bit, I attempted to move a bit closer to showing my disapproval.

I asked her provokingly,

“You mean truth as in how you see the truth?”

“Truth as in how everyone sees the truth”, Talia quipped.

“Last time I checked, most of the world thinks Israel is being an ass.”

“I would like to remind you that Arab countries do not speak for the whole world.”

“Actually, the ‘Arab’ world is largely silent on this issue. Our leaders are acting like the male lion who lets the hyena kills his cub just because he suspects it of being a bastard.”

“Listen, whichever world you are talking about, it’s probably because they are all hypocritical and poor nations jealous of our success. What happened then and afterwards (during the Holocaust) taught us to look after ourselves.”

“But my question to you is: does that make Israel ‘right’?”

All of a sudden, before I could further on with my attempts at Tolstoy-styled morality, I was tagged in an article:

Taking a bite out of hypocrisy, I got rid of it faster than Rihanna deleted the ‘#FreePalestine’ tweet from her page.

“When you fire rockets at our people, there will be a response. Israel has tried for so many years in vouching for peace and we came into being with a United Nations mandate. Don’t we have the right to live in peace?”

I could feel the neurons in my mind giving each other a prep talk.

“First of all, Israel was promised to a British Jew by the name of Walter Rothschild by the British foreign secretary in the Balfour Declaration. This later formed the basis of the very UN resolution you are speaking of. The injustice, from the Palestinian perspective, had already been committed with the forceful settling of the Jews as they arrived in waves throughout the years before and after the Holocaust. The Palestine people had no say in this, and the last time I checked, the imperialistic actions of British Empire do not stand as a definitive guideline of right and wrong.”

“The land of Palestine was always Jewish. This was our kingdom. There never was a true Palestinian nation.”

“No there was not. But the men and women who had lived there were inhabitants of this land for all of their lives and the lives of their ancestors. The land had a Muslims majority and ruler-ship for well over 1200 years. Such demographic changes only come through war, invasion or mass conversion. You know, perhaps it’s impossible to let go of this basic fidelity to one’s cultural roots. I don’t expect you to change your stance. But I do request one particular thing from you.”

“Do not insult anyone’s intelligence by killing innocent people due to notions of being special and blessed – and then claim your acts to be ‘right’. You are no different from the Muslim terrorist who blows himself up for his dose of 72 virgins. The unfortunate thing is that you are educated and I hoped a bit more reason and common sense from you.”

The messages reached her, but she did not reply. Before I could move in for a psychological hold, I received a notification that I could no longer send her messages. She had blocked me, putting an end to what little friendship remained between us.

I later asked myself if I had used hate speech, aggressive terminology or spoken through terms offensive and irrelevant. I don’t believe I had done any such thing. It’s just that all people: Muslims, Jews and Atheists – do not like hearing what goes against their basic views and perceptions once they have that strong, coherent intuitive belief within them. All else seems fair. Most Muslims were probably watching ‘Whose Sharia law is it, anyways?’ while Boko Haram was making the Dark Knight’s Joker exploits look like elementary school pranks out there in Nigeria.

The one thing I learnt from all this was that it is imperative to realise that intuition and belief, whether religious or secular, do not guarantee truth – only our conditioning.

Disclaimer: This piece is a work of satire.

He works as a media consultant for leading multinational organizations and NGOs within the country. He writes intermittently for various publications. He tweets as @AliUmair (twitter.com/AliUmair)

Everyone wants a piece of Modi, except Nawaz