How polio affected my life 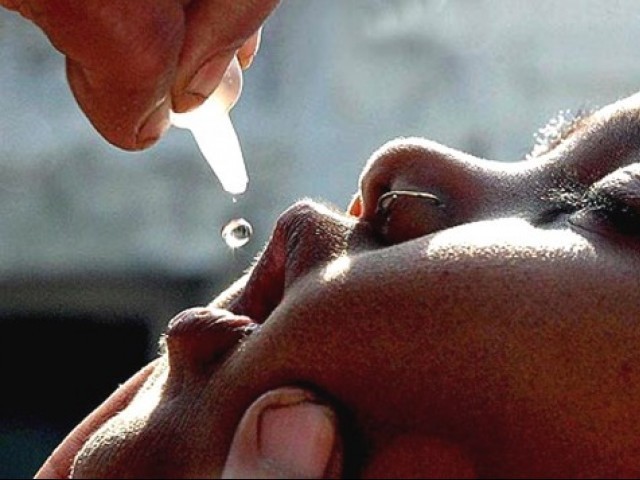 Ignorance and refusals root from lack of awareness, especially in our part of the society, where there is a mind-set which needs to be changed. PHOTO: FILE

The summer and winter vacations were always splendid. Every year we’d pack our bags and buy a tonne of junk food to survive the three-hour long journey to our village in interior Sindh. Whether it was the heat or the cold, Sindh’s wind is merciless. Mom would make extra arrangements for light clothing, ORS, Tang and sunscreen for the trip and the stay-over at Nani’s house.

After greeting all our relatives who’d be staying over at the house, along with servants and curious villagers who popped in to say hello, the nights were cherished with a lavish dinner in the front courtyard by the neem tree. Among the chit-chat, laughter and casual banter, there was one person who was always duly missing in the humungous family gathering. Nani’s teary eyes would convey her feelings when she’d say,

(He has gone for the polio scheme.)

My mom’s youngest brother, my Mammu (maternal uncle), is a doctor by profession who’d take care of the health issues in the village. Being called at any hour of the night, he never excused himself and always reached out to help. The villagers, to date, surround him and call him ‘doctor sahib’ or ‘chotay shah sahib’.

He was away, quite frequently, and Nani would feel his absence the most; this was most discernible when tears would cloud her eyes while all her kids were gathered around her and he was the only one missing.

When Mammu would return from the polio drive he looked haggard, tanned, malnourished and his clothes in absolute tatters. But after every return, he had endless stories to tell. The younger lot of nieces and nephews would flock around him and, looking at his torn clothes and sun burnt skin, ask,

“Mammu, what is wrong with you?”

“Don’t ask, I was out in a nearby village. It’s miserable; people hide their children so we don’t vaccinate them for polio.”

Bewildered, the group of nephews and nieces would ask in unison,

“Just for the heck of it,” he said, with a resigned look on his face, shoving dust off his shoes and lighting a cigarette to relax.

On the other side of the house sat my Nani, irritated to the brink. She hated the word polio because she didn’t get to see her son as much as she liked. She would roll her eyes and say,

(These people are so ignorant, my son goes from door to door to help and yet the refuse to take the drops of polio.)

For a mother, it was her son tolling in ruthless weather day and night.

The reality was that women hid newborns inside their houses because of which, many a times, these young doctors would have to barge into homes to vaccinate the children. A woman once denied having any newborn in the house, incidentally the child in the cradle started crying and the doctors heard him. That is when the female workers held the mother aside and vaccinated the child.

‘Thank you’ was offered with a series of curses and abuses hurled at the practitioners.

Nani hated the idea of him burning his blood for people who didn’t understand his cause to begin with. She visited us every two months and would always appear rather irritated when we asked about Mammu.

Hearing stories about refusals for polio drops on TV is different than actually listening to them from someone who has been involved in the polio drive. Ignorance and refusals root from lack of awareness, especially in our part of the society; where the mindset desperately needs to change.

A woman was once caught hiding a child inside her chadar when the polio team arrived at her house. They got hold of the child to vaccinate him but the older child held out a knife and threatened to kill the polio team. One of the practitioners shouted at the frightened parents saying,

“For God’s sake, he is five-years-old just slap him and snatch the knife!”

Thankfully, the team did manage to administer the polio drops.

To earn one thing one truly has to forgo another…

Nani suffered a stroke while her youngest son was out on a polio drive, unable to tend to his own mother in time, which might have prevented further damage. There were countless other times when his family needed him the most, but he was out there; coaxing, fighting and forcing people to administer polio drops to other children.

For a naive mind, this is just another ordinary mother and son relationship, another story about Pakistan’s fight against polio, but, to me, this was a sacrifice made by my Nani and Mammu, a heartbreaking sacrifice, which will hopefully be rewarded one day when we’re a polio-free nation. InshaAllah!

A graduate of Greenwich University Karachi, she is pursuing a degree in Media Sciences and currently working as the Studio Manager at IDG Business Units. She tweets as @SorathShah (www.twitter.com/SorathShah)

Why getting your SIM verified is important

Let's have a cup of chai together, India