An Ángel in disguise for Manchester United 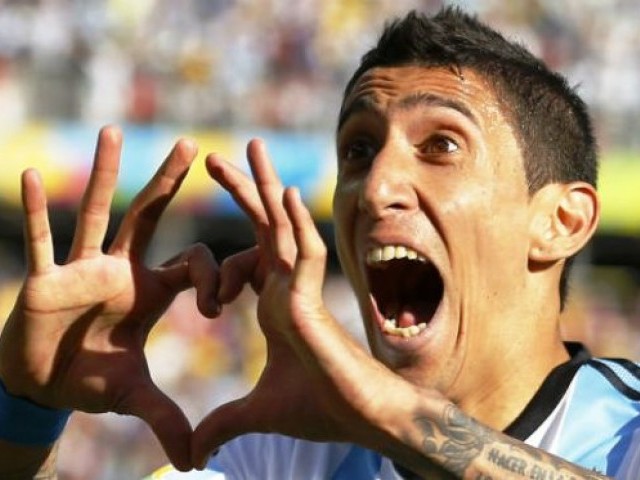 Although Di María does not solve United’s immediate defensive woes, he is, however, a more than able deputy to Herrera in the midfield. PHOTO: REUTERS

Much has been said about Manchester United’s transfer policy for the last two years, the majority of which is negative. Last season, United had to replace two individuals, who have been part of the fabric of the club, for a good part of a decade, regardless much was expected.

What ensued was a virtual train wreck; without completing even one season, David Moyes was given the boot. The chief executive of the club, Ed Woodward, also had to shoulder a great deal of the blame due to his failed exploits in the transfer window.

Fast forward one year: Manchester United is in the hands of the experienced Louis Van Gaal, a man who has won trophies in almost all the major leagues during his illustrious career. However, question marks have still been lingering over the merit of Ed Woodward as the signings of Herrera, Shaw and Rojo, have not exactly made United fans jump up for joy.

But the recent signing of Ángel Di María is not only a signal of intent to all the rival clubs in the Premier League, it will also serve to revitalise Manchester United. A big coup was what Ed Woodward needed to keep his reputation intact, and the signing of this Argentinean is precisely what the doctor ordered. A victim of the swashbuckling transfer policy of Florentino Perez, Di María has been one of the pillars around which the Real Madrid team has thrived.

Since the year 2009, only the likes of Lionel Messi and Mesut Ozil have accumulated more assists than Di María, a trait of his game that is often overlooked. What Di María offers United is much more than just assists, his breakneck pace is an aspect which sets him apart from any other player in the team; the likes of Wayne Rooney and Juan Mata, who routinely drop back to collect balls from the midfield, will flourish by taking advantage of Di María’s sprint. The defence-splitting eye of the needle-pass will finally have an able recipient at United.

The critics of David Moyes often alluded to the fact that, under him, Manchester United had very slow build-up play. The midfield was often criticised for preferring to pass backwards and sideways rather than threading balls to the front men. Di María now adds an extra dimension to United’s play, he is the singular player who can carry the ball from the midfield and run at defenders.

United’s play had almost become redundant, which stripped away the club’s famous fear factor, but now the unpredictability and flair of Di María’s play will go a long way in re-establishing that fear factor. The hallmark of the great teams of Sir Alex Ferguson was a quick distribution from the midfield to the wings. Unfortunately, since the sale of Cristiano Ronaldo, for a world record fee, Manchester United has not had a world class winger. This also changes with Di María, who is unquestionably the best winger in the world after Ronaldo. United fans will be licking their lips at the prospect of having the young Januzaj on one wing and the experienced world cup runner up, Di María, on the other.

Although Di María does not solve United’s immediate defensive woes, he is, however, a more than able deputy to Herrera in the midfield. Apart from the attacking spark that he possesses, Di María has also proven that he is adept at holding the ball up and in distribution. The signing of Bale, last summer, spelled the end of Di María’s reign at Madrid in the eyes of many experts, but he managed to surprise everyone by re-inventing himself as a midfield player. In the process, he amassed a great amount of goals and assists for Real Madrid, becoming as integral part of the La Decima winning team. Di María’s signing will lift the entire team, from the players, to the management to the fans. Like the acquisition of Mesut Ozil by Arsenal, the year before, Di María will be a catalyst to the season of United.

Already proven himself on the international stage, Di María adds much needed experience and flair to the United team. He is, without a doubt, the signing that United fans have been crying out for, and there is no reason why he won’t take the Premier League by the scruff of its neck.

He is an amateur writer from Lahore, who loves football, reading and self-promotion. He tweets @iqbalmirza2 (twitter.com/IqbalMirza2)

#HeForShe will not make you any less of a man

Guardians of the Galaxy will exceed all your expectations