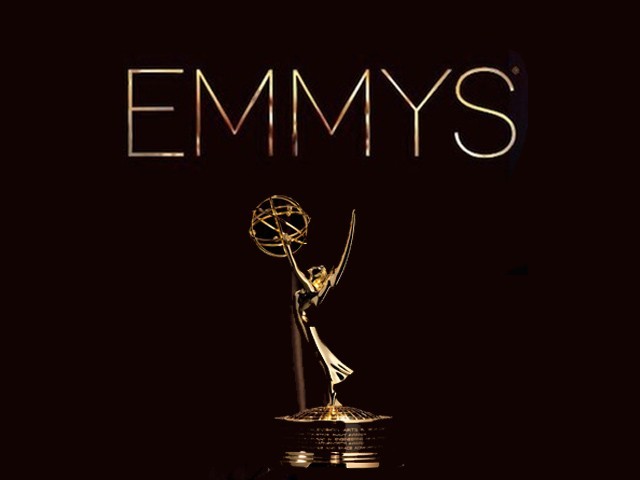 I, for one, love watching the Emmys more because it congratulates and justifies all the hours I put into these television shows and the trivia I’m willing to solve.

I may not be a brilliant student, an exceptional debater or a God-gifted artist but the one thing I know I am is an avid television enthusiast and major celebrity gossiper. And I wear these badges with pride, might I add.

Be it the Oscars, the Golden Globes or the Emmys, my mother and I get up at 5:30am every year and watch these magical ceremonies live. It’s like religion.

I, for one, love watching the Emmys more because it congratulates and justifies all the hours I put into these television shows and the trivia I’m willing to solve. This might seem childish to many but I take this very seriously, as I write down my thoughts at five in the morning.

A quick look at the Emmys Red Carpet showed us the following highlights:

Now moving on towards the awards.

Everyone who watches Modern Family religiously knows it takes a special man to do what Ty Burrell does with his character every week. Be it either a doting father to his three kids or a lovable husband to his neurotic wife or a misconstrued son-in-law to a pessimistic father-in-law. Sometimes I wish my father was this involved in my life. This just goes to show why he won the Best Supporting Actor in a comedy role.

He wasn’t the editorial choice but with his second win in five nominations, he reminded us he’s still in it to win it. And to add to that, after winning he recited a speech that his young co-stars wrote. This speech included many “lols” and “JKs” with an ode to his pretty wife and how his kids are cute but “not I support my family cute”.

This was a sure shot win.

Allison Janney took the Emmy for the Supporting Actress in a comedy role. It is no doubt that she did because anyone who watches her every week playing a broke un-supporting, sarcastic, no-good recovering alcoholic mother in Mom knows there is no way she didn’t deserve it. It is also a big feat to play a role like this, as it is a complete contrast to her previously known role as the chief to the secretary in the west wing.

I hope this sets the tone for the night.

Gail Mancuso, the Emmy winner for the best director in the comedy category, knew how to win the house, by maintaining constant eye contact with Matthew McConaughey throughout her speech. I wish I could employ the same tactic while debating.

Jim Parsons won the Emmy for the Best Actor in a comedy again. I know I watch him every week do his whole Sheldon thing but I mean at some point it’s bound to be enough. He was nominated with William H Macy who in my books is a winner every year, even though this was the first year he was nominated.

Have you seen Shameless?

If you haven’t, you must!

He plays an alcoholic father, who does nothing but cause trouble for his five kids living in the poverty stricken suburbs of Chicago. And if you don’t watch it for him, do watch it for the hot Emmy Rossum – she really is a stunner!

When Julia Louis-Dreyfus won the Emmy for Best Actress in a comedy, she was hijacked by Bryan Cranston, who showed her what it was like to be kissed after 10 years. Previously they dated on-screen in Seinfeld. Yes, it’s been that long!

Was it even a shocker to see The Amazing Race win this year too? God no! They’ve been winning 10 years in a row and had five Emmy nominations alone this year. Honestly, it’s becoming old. At this rate I feel like I will see the same show win when I’m in my thirties.

For all the Sherlock fans, Steven Moffat won the Emmy for writing in the category of Mini-Series and TV movie for his outstanding writing in the episode, The last vow. So Sherlock maybe a sleeper but is still in the race.

Kathy Bates won the Emmy for the Supporting Actress in a TV Movie and Mini-Series. For those who do not know her, she played a role which revived feelings of disgust, contempt and anger in many. She played a leading role in the horrific American Horror Story, as Madam Delphine LaLaurie, who was a 19th century slave-killer who tortured her subjects in inhumane ways, just to keep herself young. The conviction this role required could only come from a veteran in this industry and Kathy Bates is no stranger to that name.

And Sherlock won again. Martin Freeman took the win for his first Emmy as a Supporting Actor in a Mini-Series and TV Movie. Yes!

Fargo maybe another sleeper in the race and I wasn’t crossing my fingers for this one. It won its first Emmy win in directing and I think that maybe the only one. But according to my mother that would be complete injustice. Let’s just say this show caters to special tastes.

My mother and sister jumped out of their seats as soon as Benedict Cumberbatch won for his acting in Sherlock. Yes, you read it right, all the Sherlock lovers should rejoice right about now. He did it! Unfortunately, the brilliant man wasn’t there to accept his award which may just be a tragedy in my mother’s eyes.

For all the brave souls who had the heart to watch American Horror Story, this one’s for you. The ring leader of the show, Jessica Lange, won! She won for Outstanding Actress in a TV Movie and Mini-Series.

Taking a break from the awards, Weird Al Yancovic took it upon himself to redo all the series soundtracks. From Madmen to Game of Thrones (GoT), where he was joined by Andy Samberg as Joffrey Lannister on stage, Weird Al Yancovic urged George RR Martin to type faster and sang about dragons and boobs.

As soon as the song ended, when Lena Headey – who is known for playing Cersei Lannister on GoT – came on stage to present the award, Andy Samberg appeared again on stage as Joffrey asking his mother why she doesn’t love him as much as she loves Uncle Jamie.

This was my highlight of the evening!

Sarah Silverman won the Emmy for Writing in a Variety Series. She was so excited to win that she ran to the stage barefoot to thank her supporters at the ABC.

In other news, Stephen Colbert Report took the award for the Variety Series category. This show has been winning for the past six years and every year in his speech, Stephen Colbert throws shade on his fellow nominee and frenemy Jon Stewart. Their friendly banter is famous all over Hollywood.

To accept the award, Jimmy Fallon came up on stage and gave the speech as if the award was his. Boy, they are stand-up guys.

After this, finally came my favourite category – drama.

This category makes up for the millions of hours I devote to television every day. The nominees alone could make anyone’s day!

For the best supporting actor, there was Peter Dinklage. I mean, can he do any wrong? There was Josh Charles, the good looking, handsome lawyer; I wish he would be the partner at my future law firm. No one does legal systems better than the Americans. But the night belonged to Aaron Paul, who won for his performance in Breaking Bad. A side tip, if you don’t follow him on Instagram, you should now. The man is a revelation.

Everyone knew this was coming, the realisation that Robin Williams is a thing of the past and he is with us no more. For those who don’t know, every year the academy reminds us of all the talent we have lost this year. To see greats like James Garner, Paul Walker and Philip Seymour Hoffman pass away shows how short life is for some and in a moment everything can change. This year Sara Bareilles (from the Love Song fame) took it upon herself to make us cry while we remembered the great.

To end this memoriam, Billy Crystal spoke about his best friend Robin Williams and the tribute showed how extraordinary Williams was and how our lives would be dull without his presence. The world really lost someone special, without a doubt.

Continuing with the drama category, True Detective took the award for Best Direction. Whenever I hear True Detective, it’s like my imaginary antennae goes up. To see Matthew McConaughey in a cobalt tux all done up is simply divine.

Anna Gunn took the Emmy for Outstanding Supporting Actress, beating the odds of Maggie Smith and Christine Baranski; the latter being my favourite and personal choice. I mean she pulls off being a female partner in a male dominated world effortlessly.

If you are having a hard time placing him, he is Olivia Pope’s heartless and callous father in Scandal. If you don’t watch the show, you are one deprived individual. If you still don’t watch it, do yourself a favour and just watch his monologues. He will move you!

I think I haven’t yelled this hard as I did when I saw Julianna Margulies win the Outstanding Actress in the Drama category. This was her year. The way she survived an unfaithful marriage, misogyny at work and a flailing public image, it was simply amazing. The Good Wife, in my books, is one of the most underrated shows on television. Produced by Ridley Scott, this show deserves a lot more attention and appreciation!

With six contenders, the award for Outstanding Actor in a Drama Series went to Bryan Cranston.

He has, to date, won four Emmys for Breaking Bad and one with a producing credit. This may be the last time he does win since the show ended a year back. He beat the odds with Matthew McConaughey, who could’ve been the first actor to win an Oscar for Best Actor and the Emmy in the same category consecutively.

Emmy for Outstanding Comedy Series went to Modern Family – again. They received 10 nominations this year and have received 67 nominations since its conception. It’s their fifth win consecutively and everyone who has seen this show knows they wholeheartedly deserve it and it takes a lot of extraordinary talent to prove they are hard-hitting contenders every year.

The last award of the evening went to Breaking Bad for the Best Drama series. It was a wonderful farewell to the show that made meth look glamorous and chemistry teachers more than what met the eye.

If you plan to see the ceremony again, here are a few moments you should definitely see:

– A heart warming tribute to Robin Williams given by Billy Crystal.

– Re-enacting a kiss from Seinfeld, done by Julia Louis-Dreyfus and Bryan Cranston.

Do yourself a favour and stream it… NOW!