Guardians of the Galaxy will exceed all your expectations 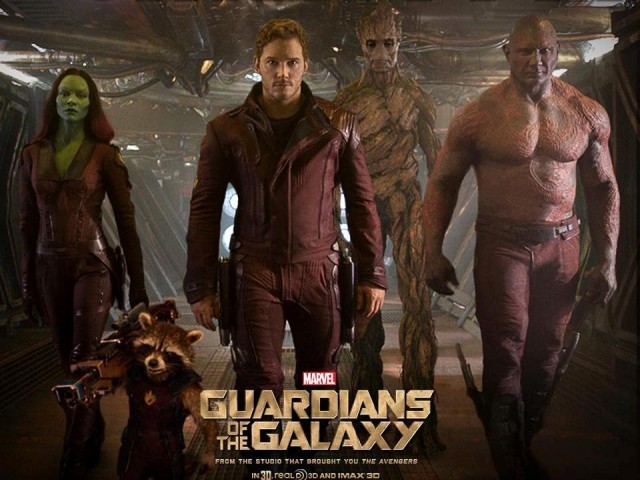 Guardians of the Galaxy, although way outside of Marvel’s comfort zone; still works like a charm. PHOTO: GUARDIANS OF THE GALAXY FACEBOOK PAGE

I went to watch this movie with little expectation, quite frankly. I was dragged into the movie theatre with reassurances from my friends that this was the “movie of the summer”.

I quickly took out my phone and Googled the movie, cringing at the prospect of sitting stationery for two hours. I tried my best to come up with a believable excuse to get out of it but all efforts proved futile.

One thing was for sure: a movie featuring Dave Batista and Vin Diesel would undoubtedly be a train wreck. Chris Pratt, for me, was going to be this film’s only saving grace. But how wrong I was in my presumptions! Walking out of the cinema I had a massive smile on my face, because Guardians of the Galaxy exceeded my every expectation.

Undoubtedly, this was the bravest project that Marvel has taken on in recent times. The guidelines by which Marvel played was chucked out the window with Guardians of the Galaxy; for the first time they dared to make a movie based on characters not prevalent in mainstream culture.

James Gunn had the mammoth task of bringing to life and interest virtually unknown characters; he was essentially following up previous juggernauts with an indie film. What transpired, however, is a movie that is witty, devoid of cheesy dialogue and characters that complement each other splendidly.

The protagonist, Peter Quill, (played by the lovable Chris Pratt) is an instantly likeable character; his wit and humour are not unlike the ones fans of Park and Recreations are used to. I did have my reservations of seeing him as a lead; to me he seemed as an actor most potent on the fringes, I thought it would be almost uncomfortable to see him sink his teeth into a lead role. However, my reservations proved to be baseless as the role of Peter Quill fit him like a glove; what followed was a protagonist who was funny and instantly relatable.

Bradley Cooper has been overlooked for too long; his performance as Rocket was bang on target. The one-liners by Rocket was what kept the movie going along seamlessly and the chemistry between the characters (human or Computer Generated Imagery-CGI) was commendable. The special effects were breath-taking, admittedly not on the level of say, Avatar; Guardians of the Galaxy still packs a strong enough punch.

However, one criticism for the character of Peter Quill is that, at times, he lacked a sense of originality. As mentioned above, I was still used to seeing Andy Dwyer in a sci-fi action film, rather than the actor, Chris Pratt. Furthermore, one way that the Guardians of the Galaxy can be a problem to some people is the time it takes to establish the characters. Unlike The Avengers, groundwork needed to be laid down of every character, because for the majority of the audience, the heroes were unrecognisable.

This took a large chunk of the film early on, and if you are someone who lacks patience while watching a movie, this aspect of Guardians of the Galaxy could be off-putting for you.

All in all, Guardians of the Galaxy – although way outside of Marvel’s comfort zone – still works like a charm. The on-screen chemistry from the characters, including a commendable effort from Zoe Saldana and Dave Batista keep the movie entertaining. It doesn’t have a serious and self-indulgent script and it doesn’t pretend to be something that it is not.

The movie is witty, with enough laugh-out-loud moments and on-screen chemistry; it makes you overlook its almost cavalier storytelling and character development. It is definitely a movie to watch.

He is an amateur writer from Lahore, who loves football, reading and self-promotion. He tweets @iqbalmirza2 (twitter.com/IqbalMirza2)

#HeForShe will not make you any less of a man

An Ángel in disguise for Manchester United