Has Harry Potter made us all extremists? 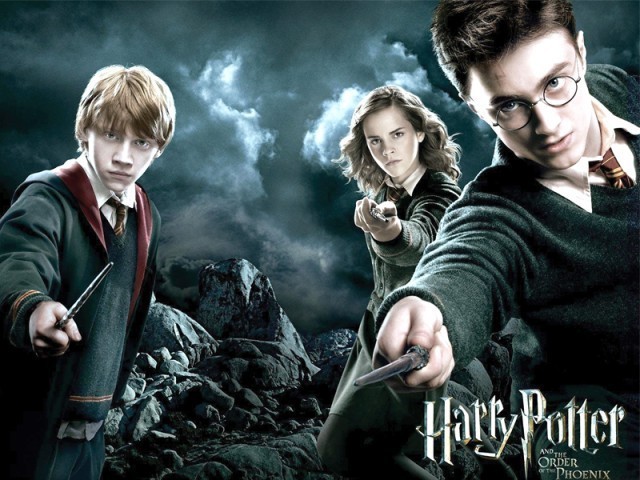 Following a person instead of the ideal puts you at the risk of being manipulated by that person. Let’s face it; no leader is going to be as righteous as Harry Potter. PHOTO: FILE

JK Rowling took the world by storm when she wrote the Harry Potter saga that spanned over seven books and was published in hundreds of countries in countless languages. Pakistan was not alienated from this magic and when Potter arrived here, the series began to fascinate the populous with the fictional world Rowling had created.

I can still vividly recall getting swept in the Potter-fever as I read and re-read all the Potter books, hoping to one day own a wand, a flying car and other magical objects.

As I grew up, Potter stayed with me and I consider it to be one of the defining factors in my life. Eventually, the last book had been read and the saga had ended but it left a lasting mark on me. It had somehow managed to affect the way I thought and a little analysis proved that I was not the only one who had been Potter-ised.

The things we read, watch, and experience, all shape the way we think but in the case of Harry Potter, I hold the belief that it would have been better for the country had Potter mania never settled in Pakistan. I say this because it seems as if Harry Potter has caused us to think in ways which are detrimental to the fabric of society, especially given the complicated and inflexible populous. It establishes absolutes, nurtures blind illusions, and strengthens divisions.

The problem with a Potter-head is the same problem that exists within any extremist – he is unable to realise that no good is absolute good. Having said this, he is forced to choose one philosophy or one personality and give his unwavering support to it. This problem can be traced to real life situations like certain people deciding whether their allegiance lies with the evil Tehreek-e-Taliban Pakistan or the pure army which is attempting to eradicate the other faction.

The human brain is a fascinating organ, drawing links using congruency between two different models, even if one model is fictional. This immediately poses three problems.

The first one is the need to denounce everything that conflicts with your own views. Since you are the follower of an ultimate, absolute truth, whoever disagrees with you is wrong and ultimately worthy of condemnation and in some cases, destruction. The realisation that your own ‘truthness’ is not affected by a conflicting opinion is forever missing.

The belief in this Harry Potter-esque leader immediately puts the Potter-head into a confrontational mode. The other group consists of followers of Voldemort. There is simply no other explanation.

The second problem is a deep sense of personality worship. A Potter-head would immediately attach himself to a ‘Harry Potter’ rather than be sensible enough to support the idea and not the man. Being a zealot for an idea is bad enough, but for a man, it is worse.

Following a person instead of the ideal puts you at the risk of being manipulated by that person. Let’s face it; no leader is going to be as righteous as Harry Potter. When a person stops thinking and becomes a follower, the alarm bells must ring.

The third problem is perhaps the most significant. Once a Potter-head has established a real life ‘Harry Potter’ figure, his own rationality seems to disintegrate, as if it never existed. Irrational devotion to any person is ultimately a recipe for a puppetry life which will inevitably fall into the abyss of conflict. Any person who loses the ability to distinguish right and wrong ergo define his own path is not only a liability to the nation but also a liability to the cause that he so vigorously works for.

Life in Pakistan is not easy, especially given the social and geopolitical issues that we face on a day to day basis. If we intend on going through these times unscathed, there needs to be a change in our thinking, which deviates from the Potter-esque style of thinking. We cannot continue to live in absolutes where something is either good or bad, white or black, TTP or army, and Pakistan or India.

The world is multifaceted, and reality dictates that the world is more complex than a fictional plot where there are no loose ends and Voldemort dies and everyone lives happily ever after. Unless we stop living a life where we make our daily decisions, and build our political ideals, on the basis of flawed thought process, how can we expect ourselves to thrive?

Every Pakistani is a Potter-head regardless of whether he has read the books or not. It is about time we denounce it.

He studies at the Lahore University of Management Sciences, majoring in Political Sciences with special interest in History, travelling and debating. He tweets as @alizaidisays (twitter.com/alizaidisays)