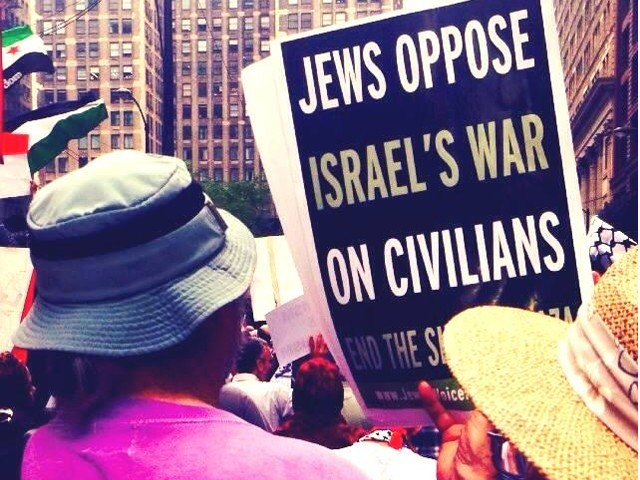 Each “Jew joke” you share with your Whatsapp friends’ group insults the religious sentiments of at least 13,854,800 people in the world. PHOTO: AREEBA KAMAL

“All Jews are not extremists.”

“All Jews do not hate Palestine.”

“All Jews do not want to eradicate Muslim identity.”

Each “Jew joke” you share with your Whatsapp friends’ group insults the religious sentiments of at least 13,854,800 people in the world.

Each ‘gas-the-Jews’ holocaust meme you forward reduces the inhuman slaughter of 11 million innocent people killed in one of the worst genocides in human history, to a derogatory laugh.

The persecution of innocent people in Gaza is the direct result of a horrible territorial conflict. It has very little to do with the teachings of Judaism or Islam and everything to do with a terribly destructive political power-play that has dominated the Middle-East for decades.

If you insult or humiliate or hate Jewish lives because you are pro-Palestine, you are not very different from the man in my suburban college town of Massachusetts who called my hijabi friend a “terrorist” because he was pro-peace.

If you think the oppression of Palestinians by terror waging members of the Israeli government defines the intents and beliefs of all Jews, you are no different than the ignorant people who claim terrorist factions of the Taliban speak for the views of all Muslims in the entire world. The violence of a small, extremist, selfish, ignorant group of people cannot determine the intentions and emotions of an entire religious population.

To demand freedom for the Palestinian people is critical. It is the rallying cry we should unite around – as humans first and Muslims second. But being pro-Gaza does not mean glorifying the killing of Jews by Hitler – who was just as opposed to dark-skinned people like you and me as he was to Jews. Being pro-Gaza is not akin to demanding doom for another religion. It is our strange urge to brand Islam ‘good’ and other religions bad and sinful that has driven our religious minorities to the obscure edges of Pakistani society, as we negate their beliefs and torch their worship houses.

I was lucky enough to witness the comfort of seeing past apparent differences as part of a large pro-Palestine, pro-Gaza rally in a US city this year. We marched in unison down the streets of Chicago, hundreds of men, women and children of all colours, races and ethnicities, faiths and national origins imaginable, praying for peace and respect for human life.

At the end of the day, any kind of faith is beautiful. There is plenty of room in our world and in our minds for several religions to coexist peacefully even as we remain secure in our respective set of beliefs. Faith is meant to empower us as we call on a higher being for help, to unite us under the banner of a common identity. The minute we use faith to draw hurtful divides, impose self-made judgments or crack humiliating jokes, we contradict its very essence.