I am with Nawaz Sharif on this one 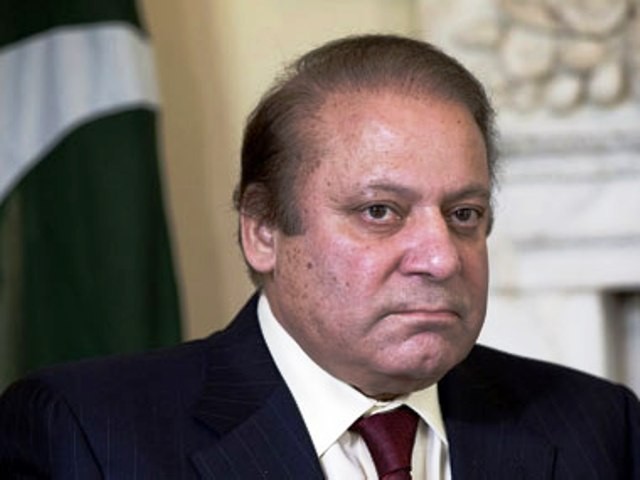 It’s just that I wish to allow democracy to function, limp along as it may. PHOTO: AFP

In 2008, at the prime minister’s palace in Baghdad, President George W Bush took the stage when suddenly, a shoe whizzed through the air towards him. Bush ducked (he was good at that at least) and missed the shoe but the world heard the words yelled that accompanied the missile,

And then, since normally he who has one shoe also has another, another shoe followed the first with another shout,

‘This is for the widows and orphans, and all those killed in Iraq!’

This person, who had been unable to contain himself, was an Iraqi journalist, Muntadhar al-Zaidi, and before he could throw anything else at the president, was taken into custody and removed by security personnel.

Few people would disagree that Bush, responsible for immeasurable carnage in Iraq, deserved this humiliation and much more. Unfortunately throwing a shoe, however satisfying to the thrower, is an extremely ‘jangli’ (wild) expression of anger and disdain. The practice did not stop with this one incident but became an established form of protest. Protestors pelted shoes at effigies of Bush and at the US embassies around the world in solidarity with al-Zaidi, and earlier this year Hilary Clinton managed to miss a shoe intended for her.  The following year it was the Chinese premier, followed by the Israeli ambassador to Sweden, the BJP leader Advani and Manmohan Singh in India, the director of the IMF in Turkey, Tony Blair in Dublin.  Zardari and Musharraf also had shoes thrown at them in England, and Imran Khan in Lahore. There have been countless similar incidents involving lesser known individuals.

Imran Khan and Tahirul Qadri, with their supporters, are in Islamabad staging a protest, called variously a tsunami, a revolution march and who knows what else. Our hearts go out to the people of Islamabad, we know what the people of Lahore had to put up with when the procession was planned and originated from here. Whatever you might think of the protest, it was the government that was responsible for what, for want of a better word one might call, ‘inconvenience’ to the residents of the city, and Model Town in particular. People spent hours on the road, unable to go home, to work, school, to the shops and even to hospitals. No one has the right to stop citizens from protesting, not taking into consideration the forces behind them or their reasons, which is a different issue to the point I am trying to make here, but no one has the right to bring life to a standstill to protect their personal interests.

But just as al-Zaidi chose the wrong expression for his anger, Imran Khan and Qadri have chosen the worst possible way of expressing themselves. It infuriates me to hear Qadri ‘demanding’ the resignation of the government and his ten ‘demands’.

Just who does he think he is?

But worst of all, imagine if these people succeed and the government has to go because of this procession and their ‘demand’ that the government should go and the parliament should be dissolved. What if this becomes a precedent? What if every time someone disagrees with something, something that has always happened and will always happen till the end of time, and they ‘demand’ that the thing they disagree with is removed/changed, and force the change to happen every time?

Can democracy, can any measure survive such peremptory methods? I am not a supporter of this government, but I do not wish it to go this way, and there are many who will agree. I am, therefore, with Nawaz Sharif, in spite of his supremely foolish response to the procession, in spite of his pathetic governance, in spite of the fact that I do not like the man. It has nothing to do with thinking that Imran, Qadri or the army is a poor replacement, because really there is little to choose between these four. It’s just that I wish to allow democracy to function, limp along as it may. In this, I laud Asif Ali Zardari facilitating a peaceful change of government. I do not wish this government to fall, because whether or not the elections were tampered with, this government is now legally and democratically recognised.

Let’s change things some other way. In the meantime, tell those ‘protestors’ or so called ‘revolutionaries’ to get off your property, even though you cannot tell them to get out of Islamabad. Islamabad belongs to all of us.