Do you need a ‘reason’ to be depressed? 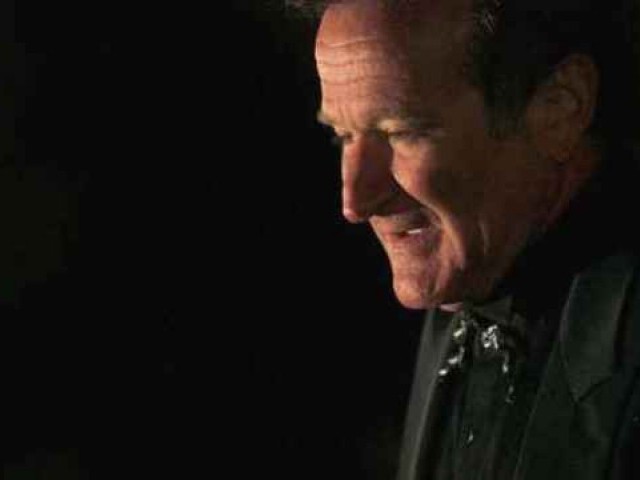 The recent passing of the much-loved and celebrated actor, Robin Williams, due to a long battle with depression and substance abuse, has started a global, as well as a national, debate about the need for understanding depression. PHOTO: AFP

‘An unemployed man, tired of the financial crises, hangs himself to death.’

‘A woman takes her own life before killing her children due to conflicts and problems at home’.

‘A jilted lover shoots himself in front of the girl he wants to marry.’

The lack of awareness about mood disturbances, including depression, are obvious by the kind of media coverage of the incidents of suicide, which often broadly and superficially look at the obvious external stressors and fail to highlight it as a mental health issue that can affect even those who apparently may not have any external social or/and financial stressors.

The recent passing of the much-loved and celebrated actor, Robin Williams, due to a long battle with depression and substance abuse, has started a global, as well as a national, debate about the need for understanding depression and other mood related disturbances as important contributors to suicide.

The World Health Organisation (WHO) estimates that depression affects around 350 million people, and less than half (in some countries lesser than 10%) of those affected get any treatment. WHO also estimates that one million deaths each year are as a result of suicide. There are high chances that individuals diagnosed with depression may also suffer from other mental health ailments such as anxiety disorders, post-traumatic stress disorder and alcohol/substance abuse and dependence.

In a country like Pakistan, with little awareness about mental health related issues, increasing societal stressors, taboos around seeking mental health treatment and an unavailability of trained mental health professionals to cater to the burgeoning population, the need to understand depression becomes even more essential. Depression affects both men and women and can also affect children, which parents tend to confuse as the changes and challenges of growing up. Adolescents at times would also try to avoid telling parents how they are feeling, either due to confusion about what is happening to them or the fear that their parents may become too upset about their thoughts. Available research on depression shows that the reasons for depression are genetic, biological, psychological and environmental. Studies and research also show that, no matter what the cause, it is a medical illness with biochemical changes occurring in the body.

Feeling sad, low or upset about certain events, circumstances and situations is often a natural and normal human response, which may only last for a little while and/or get resolved once the circumstances change. The diagnosis of depression is only given if a set of symptoms exist for a certain period of time and end up affecting day-to-day activities as well as causing distress to the person undergoing depression, and his or her loved ones.

Depressive disorders are of different types, ranging from major episodes of  depression severely affecting mood, eating, sleeping, studying and working patterns; to persistent low mood with bouts of major episodes; to cyclic episodes of very low (depression) and very high (mania) mood which is known as a bipolar disorder. Depression after childbirth (postpartum) is also common among women. No matter what the type of depressive disorder, which a mental health professional can help diagnose after thorough assessment, some signs and symptoms to watch out for are:

The degree, duration and frequency of the symptoms vary among different people. In case of a bipolar disorder, the mood fluctuates between periods of depression to periods with a high mood and energy levels.

If you or your loved one is experiencing similar symptoms, remember that depressive disorders can be managed and treated with the right combination of medication and psychotherapy. The more one knows about the illness and what to expect, the better one is able to deal with it individually as well as a family. Many people worry about the side effects of the medication, which can always be discussed with a doctor and can be adjusted depending on which medicines suit you best. Many people fear that,

‘Simply talking about the issues would be of no use’.

However, when combined with the right medication, in the cases where medication is absolutely needed, psychotherapy provides an opportunity to vent, share stressors, learn positive coping techniques and identify and change patterns of thinking that may contribute to feeling depressed. Family and friends can play an important role by:

If you are depressed, remember, that this is not a sign of weakness and you did not cause it. It is a medical mental ailment that you can certainly seek support for!