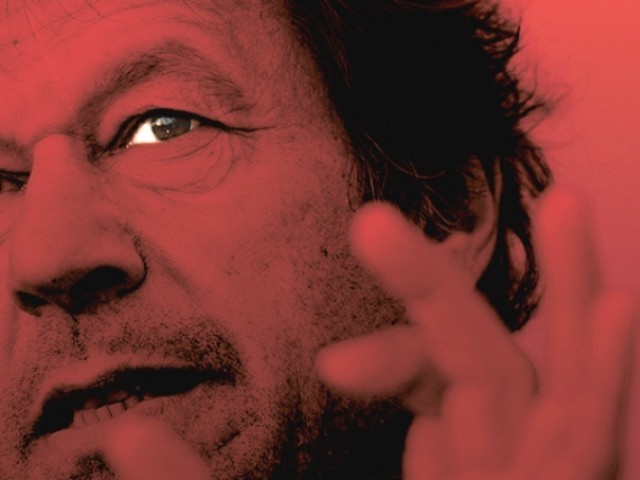 Pakistan is heading in a very worrying direction again under Sharif, and we all need to rally in defence of our democracy before it is too late. PHOTO: AFP

I believe we can all agree that Pakistan needs, above all else, strong state institutions and the rule of law. These are the only way in which a proper modern country can function. They are necessary to ensure the social stability necessary for a functioning democracy and a prosperous market economy.

But when powerful individuals can sway the institutions of the state to serve themselves, when they can bend the rule of law and use the mechanisms of the state for private gain, then that can no longer be called a modern state. When there are individuals, business leaders or politicians or cultural icons that are not equal subjects to the state and its laws, when they can rise above the state and undermine it, then that is closer to a medieval, feudal state. And in that situation, democracy and aspirations for economic development are but a cruel joke.

Whether we like to admit it or not, Pakistan today does not look very much like a healthy modern state. On the one hand we do have elections, but what is the point of elections if the electoral process does not have the confidence of the people? The Prime Minister, Nawaz Sharif, has declared victory in the last elections with barely 15% of the votes counted, and claimed a huge parliamentary majority as well. Small wonder then, that the opposition, led by Imran Khan, can raise hundreds of thousands of protesters to challenge the outcome of the vote.

I support Imran Khan’s position. Khan is not challenging or undermining the constitution or indeed the state. He is challenging the power clique of the Sharifs, who have long since entrenched their power base at the heart of the Pakistani political system, and have hijacked it to set them above the rule of law.

The election fraud at the last election and the way in which the courts have failed to redress it are only the straw that broke the camel’s back. Hundreds of thousands of Pakistanis are not marching on Islamabad and risking violent confrontations with the police or even the army because Imran Khan has made allegations. They are marching because they are coming face to face with startling corruption and administrative ineptitude every day when they have to deal with the institutions of state. Corruption and ineptitude festered by the self-serving Sharif clique.

Furthermore, the right to peaceful protest, which is what Khan is using for his rally, is well within the law and the constitution. Sharif’s plans to use force if necessary to stop protesters entering Islamabad, on the other hand, are not what a democratic leader of a modern state would do when faced with peaceful protest. They are the actions of a man who is afraid that he cannot answer when a question over the legitimacy of his power and authority is raised. They are the actions of a dictator, or of a leader who is on his way to becoming a dictator. And that does not bode well for Pakistan.

So yes, we all agree that we need a stable Pakistan, in which the rule of law and the constitution are upheld, so that democracy can flourish and our society can prosper. And it is very unfortunate that right now Imran Khan’s actions are sowing instability. But surely the kind of stability that we need is that of a healthy democracy under the rule of law, not the stability we have had in the past under dictators and autocrats under the rule of force. Pakistan is heading in a very worrying direction again under Sharif, and we all need to rally in defence of our democracy before it is too late.

That is why I support Mr Khan.