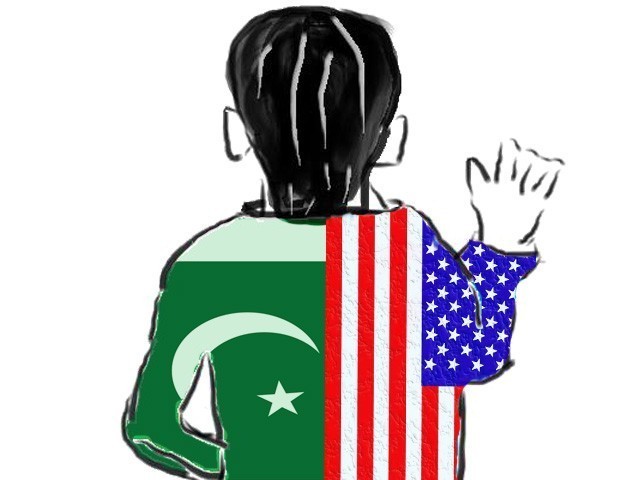 My speech went on for about 20 minutes; I felt like there was so much I had to say, so many misconceptions I had to clear and so many ways I could honour my country. PHOTO: FILE

Distances don’t matter if there is true love involved, I strongly believe in this. I may not live in Pakistan anymore but that doesn’t mean I don’t love it or have forgotten my country.

I have been wanting to write about my country for a while now. At first, I was confused about what to write on. I wasn’t sure if it should be a motivational piece quoting oft-mentioned things about Pakistan, or a letter to Pakistanis discussing their woes or a bunch of stories of people who had left India for Pakistan. What makes the perfect write-up for Pakistan?

After putting a lot of thought into it, I knew what I wanted to share.

The reason I am writing this article is to tell people how much Pakistan means to people who live outside this beautiful country. Pakistan is my first love; it is my country and I get filled with pride whenever I realise how fortunate I am to be born a Pakistani. You don’t have to be in Pakistan to love it or do something for it; it is still your home, no matter where you are. And I am proud of it.

During a week-long event, organised by the biggest summer camping school in Jacksonville, USA, they wanted to raise awareness about foreign countries. So there was an open invitation for people who belonged to other countries or wanted to represent other countries, to share their experiences and stories.

Participation in this, however, required one to follow certain steps. First, everyone had to write an essay about their country and the selected top five would then have to speak about it in front of other students. This was followed by a question and answer session. Whoever won the competition had to give a comprehensive presentation about his/her country.

There were people from around 25 countries who participated in this event. On the insistence of my friends, I decided to participate in it as well, though I was a little hesitant. I had never before participated in any such speech competition – I was really nervous.

The article I wrote about Pakistan focused on three things:

1) The people of Pakistan are not terrorists; they are actually quite friendly and welcoming.

2) List of beautiful places in Pakistan people should visit.

The judges found it interesting (miraculously) and my article was selected in the top five, along with those written about Egypt, Italy, Thailand and Ghana.

Next, I had to talk about Pakistan. Most of the other participants barely spoke for 10 minutes and then left, but to my surprise, I found myself unable to stop. My speech went on for about 20 minutes. While speaking, I felt like there was so much I had to say, so many misconceptions I had to clear and so many ways I could honour my country.

“Do people kill in Pakistan for fun?”

“Why are your people terrorists?”

“How do you people sleep?”

“Tell us some more places in Pakistan to visit?”

“Do you feel proud or ashamed of being a Pakistani?”

It was an exhausting session, clearly reflective of how many people had no idea how Pakistan actually is. I stepped off the stage, sweaty and at loss of words and just sat there, mulling over what just happened.

The decision came after a while, and well, I won.

It was such a special feeling.

Everyone clapped as the presenter asked me to come back onto the stage. She was telling everyone that there are so many positive aspects of Pakistan that aren’t made apparent and so many misconceptions that were cleared through my effort.

“Would you like to say something at the end?” she asked.

“Yes; just one thing, if you all would like to join me in it. I will say Pakistan, and all of you have to reply with ‘Zindabad’” I said.

“Sorry? Zinday what?” she asked.

After four or five tries, they were able to say the word ‘Zinda-bad’, and then, the magic happened.

“Zinnddaa-bad!” they replied, with the same vigour.

“Pakistan!” I shouted, even louder than before.

In my presentation on Pakistan, that took place a week later, I wanted to further enlighten people about Pakistan and its culture. I searched and searched for pictures of Pakistan, asked my friends to share their pictures or a Pakistani flag, if they had any. I also tried to find out about other scenic or historic locations in the country.

There were about 2000 students, parents and guests in the hall on the day of the presentation. This time around, I wasn’t nervous; in fact, I was actually really excited after the encouraging response I had received earlier.

I showed them pictures, told them anecdotes about Pakistan, its poetry, music, sports, locals, places and history; everything and anything that came to my mind. They literally didn’t stop clapping throughout. At the end of the presentation, I asked everyone to stand up for the national anthem of Pakistan, which was played in the voice of Jawad Ahmad.

Here are some of the lyrics that were playing in the hall:

(The order of this sacred land,

May the nation, the country, and the state,

Blessed be the goal of our ambition.)

Looking at everyone standing in respect for my country’s national anthem, I felt this, talking about it and clearing misconceptions, was the least I could do to celebrate my national identity. And, it made me feel immensely proud. I didn’t even realise I had tears flowing down my eyes, till the presenter asked me if I was alright. I thought to myself:

“It is just a Pakistani thing.”

PCB selection committee: Out with the old, in with the 'not-so-old'