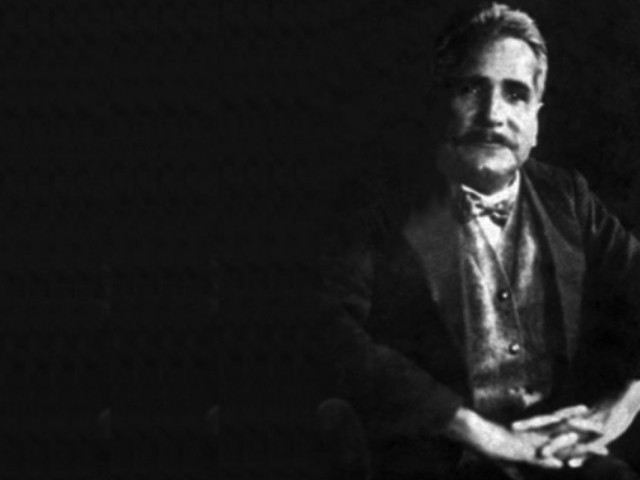 What amazes me is the depth his poetry plunges into when describing the despairing state of Muslims in India. PHOTO: EXPRESS

On the southern bank of the River Neckar in Heidelberg, Germany, is the Iqbal-Ufer. This street, running parallel to the river, was named in honour of Allama Iqbal, the poet-philosopher from India. It was here that the poet was granted his PhD in philosophy.

As I glance at the images of this breathtaking city, I can understand Iqbal’s appreciation for beauty. What amazes me, however, is the depth his poetry plunges into when describing the despairing state of Muslims in India. An eye that is accustomed to beauty, a voice that thrills with eloquence, would shun despair and disillusionment. Yet these conflicting emotions are present in his poetry and perhaps most in two famous poems, Shikwa (complaint) and Jawab-e-Shikwa (reply to the complaint).

With Independence Day coming our way, I am drawn to reading them again, for some reason. Perhaps it has to do with the fact that this August 14 gives us little to celebrate and much to mourn. We mourn the state of our nation, its politics, its crumbling affairs of law and order but what we mourn most, albeit unconsciously, is the loss of our own identity. We are constantly looking back. We are questioning what the father of our nation wanted us to be.

While chanting the need for unity, we have created so many social divides that one can only wonder if we will ever be united. We have shunned our religious identities, consoling ourselves that it is a ‘private’ aspect of our lives… almost as if something we ought to be ashamed of. We blame everything on extremism but fail to look at ourselves.

In short, we are not unlike the Muslims of India, whose Shikwa Iqbal wrote so expressively, who appear to be blaming God for their social decline.

“Thy graces descend on the other people’s abodes

“Why, among Muslims, is material wealth unobtainable?

Your power is such that it has no limit, nor accounting”

I will not spend much time on the Shikwa but would like to linger more over its answer, Jawab-e-Shikwa, in which Iqbal imagines the voice of God answering the lamenter’s complaint.

Some of the most moving lines of the poem include:

“We are inclined to mercy, but there is no one to implore

Whom can we show the way? There is no wayfarer to the destination

Jewel polishing is common but there is no proper jewel

There is no clay capable of being moulded into Adam

We confer the glory of Kai on the deserving

We confer even a whole new world on those who search”

“They were surely your ancestors, but what are you?

Sitting in idleness, waiting for tomorrow are you!”

Hundreds of pages have been written to explain and dissect the metaphors in both these poems. But we have only to look to our own hearts and minds to understand what Iqbal meant. We are cursed only by our own disillusionment. There are divides amongst us that cut us deeper than sectarianism. There appears to be a continuous struggle between ‘liberals’, ‘moderates’, ‘secularists’ and ‘fundamentalists’ that is only dividing up our nation further.

Before we divide ourselves into any category or ideology, why don’t we look at what Islam has to say?

No, I am not trying to wax religious here but if we are all so interested in following so many ideologies, let us look at the one thing that may unite us; the one that truly gives rights to all of mankind regardless of race, religion, cast or creed.

In 1930, while addressing the Muslim League, Iqbal stated that ‘homogenity’ (unity) was something, “that Islam has given you (Muslims) as a free gift”. Seventeen years later, it was Iqbal’s dream that Jinnah managed to turn into a reality. It is now that we, in the context of re-defining our identity, can really understand the profundity of this statement, if we wish to.

Clearly, Jinnah who once stated that “his (Iqbal’s) views were substantially in consonance with my own” understood that it was only this unity that would lead us to being one nation. But he seemed to have presumed too much; we are perhaps more divided now than ever and our minorities are persecuted every day in the name of religion – the same religion that condemns such acts. Perhaps now is the time to go back and wonder at what it is that unites us, for it may be the only thing that can hold us together.