Today is not August 14th 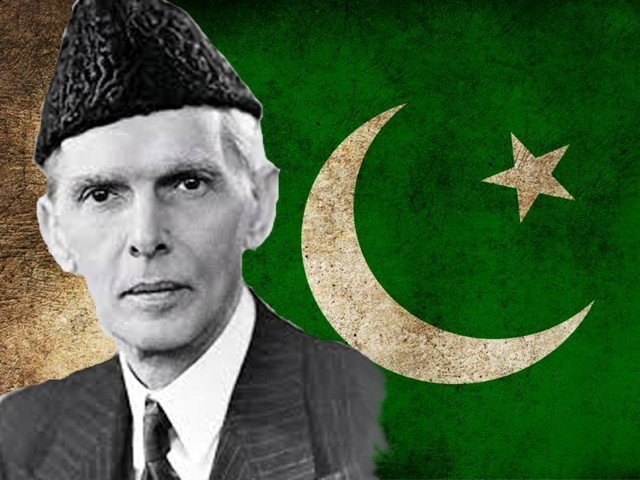 Has everything really changed? Or has nothing changed? PHOTO: FILE

While conversing with Myra Edwin, she told me a story about a little adventure she went on with her brother. I thought a narration of this story would be very apt for today, August 14. This is what she had to say;

My brother, after returning from the UK, wanted to set up his own den where he could continue with his research, explained Edwin, a lecturer in Edwardes College Peshawar. Spending seven years in an alien country has made him a patriot. He is very fond of Quaid-e-Azam Muhammad Ali Jinnah and Allama Iqbal, and many a times narrates their anecdotes and poetry. He wanted to have their pictures and a small desk-flag of our country in his research den.

When we asked people around where we could find the things we required, they laughed and all said the same thing:

“It’s not August 14th! You won’t find these things in the market.”

Paying no heed to these futile words my brother asked me to accompany him on this new endeavour. I agreed to go along with him on this expedition in this heat since I knew my way around in the streets of Saddar Bazaar, Peshawar.

Parking our car in front of Wadood Sons, we walked in the twelve o’clock scorching heat of Friday afternoon towards the bazaar. Thereon, we browsed through various stationery shops and rare arcane book shops but could find nothing. Same sarcastic reply from the shopkeepers,

Our last hope to find our heroes was, ironically, in the famous Kabari Bazaar, where we used to go as children to get material for our scrapbooks back in school. The very first shop had posters of Indian actors and actresses, in giant sizes, on display. My brother asked the shopkeeper if he had any pictures of Jinnah and Iqbal. The man, who was busy putting up posters, shook his head uninterestedly.

We went to the next shop, an old book shop, but there were no posters on display. I secretly heaved a sigh of relief, but knew that no posters meant there would be none of our national heroes either. Before I could tell my brother that, he had already asked the old man who was sitting behind the dilapidated counter wearing skewed spectacles reading a newspaper. Very politely he said,

(Son, why would you need these things today, it isn’t August 14th)

However, he asked us to go a few shops ahead. We went further into the heart of the bazaar which was almost empty. By now my brother was getting frustrated. Stopping here and there at various shops, we inquired about the pictures, but to no avail. At last, we came across a decrepit shop. It was dark and dusty and the condition of the place suggested that not many customers had needed anything from this shop for quite some time now. The owner, who must have been in his mid-sixties, appeared from the dark shadows of his ramshackle, squinting, protecting his eyes from the bright sunshine of the afternoon. He had a grizzly beard, salt-pepper hair, wrinkled faced, hunched back and walked with a limp. He asked my brother in a shaky voice,

(What do you want, brother?)

When my brother told him what he wanted, the owner gave a confused look, but slowly went back into the shop. My brother and I exchanged a look. We didn’t know whether to wait or continue with our expedition. While we were making up our minds, the old man limped back bringing with him a couple of dusty old rolled posters wrapped in a sticky rubber-band. With trembling hands he opened the posters and showed them to us. While we were examining the posters the old man spoke in a barely audible voice,

(Brother no one comes to buy these things anymore; I only have these few posters left, you can take these if you want.)

The roll contained one picture of Iqbal (but not the famous head-resting-on-his-fist one which my brother wanted), one of Sir Syed Ahmad Khan and another one of Jinnah. My brother asked him the price and the man replied,

My brother, who was already sulking at this stage, failed to negotiate for any discount and speechlessly paid the shopkeeper.

But we had not found a flag yet.

Some of the shopkeepers, whom we asked about the flag, told us to wait for August 14th , others directed us to go to Humdard Stationary shop. We retraced our steps and came to Humdard, but all in vain. The salesman at Humdard directed us to another place, called Fauji Hati.

After a long time searching, we finally found the shop we were looking for. It was a tiny store. If we hadn’t looked carefully we would definitely have passed by without noticing it. Standing near the counter, I couldn’t help noticing how congested and untidy the shop was. It was over-flowing with boxes and fauji uniforms, and had a strange smell that normally comes from old people, like the smell of decay and rust.

Thank God they had the flag!

It cost Rs800 but we didn’t mind the price; I was glad that our national flag was alive because earlier my brother’s comment ‘itni deir mein toh mein England mein Pakistan key hazaar flag dhund leta’

(In this much time, I would’ve managed to find a thousand Pakistani flags in England) had actually made me upset. At whom though? I don’t know.

We also found badges; my brother who is a diehard fan of Iqbal’s Shaheen asked the man if there were any such souvenirs. The man shook his head, but another elderly man who was seated right next to him and who, by the looks of it, would come to this shop every day, sit with the shopkeeper and talk about the good old days of Pakistan while having green tea, told the younger one:

(Take out some of the old badges you have lying around. You have lots of them, anyway)

While the younger man searched for some, my brother started conversing with the older man. He told him how we had been looking for pictures of Iqbal and Jinnah all over but couldn’t find any, while posters of movie actors were found everywhere in abundance. The old man shook his head in grief, sighed and said,

While walking back towards our car after taking the posters, flag and badges, all I could think of was,

“Is our patriotism limited to just one day? Will we be saying the same after a few years, today is not August 14th?”

Are the old man’s words really true? Has everything really changed? Or has nothing changed?

A Masters degree holder in Journalism and Mass Communication, he is currently enrolled in an MPhil program in Media Studies, from IUB-Bahawalpur. Working as a journalist for the last 10 years, he has been associated with various English print media outlets and is currently staffer at The Express Tribune-Peshawar. He tweets as @abdurraufktk (twitter.com/abdurraufktk)