How I fell in love with Delhi 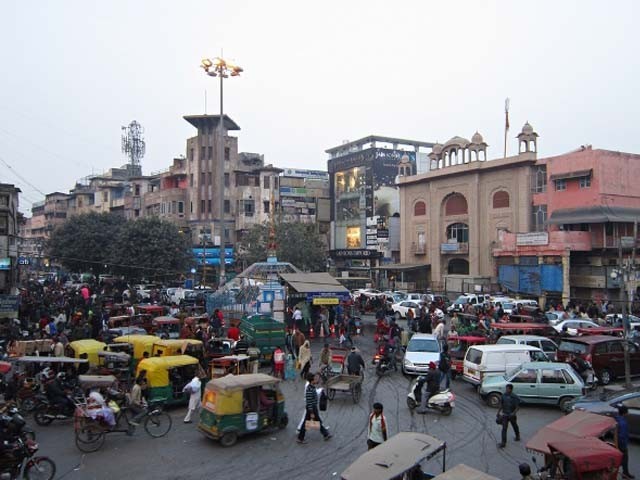 While nostalgia rushed over me, during my recent trip this year, it was also a sort of a home-coming. I remember looking back and realising how much I loved Delhi and everything about it. PHOTO: SYED ZEESHAN AHMED

There’s something fascinating about New Delhi; so much so that once you get the feel of it, you never want to let go.

I have had a pretty amazing relationship with Delhi. Apart from my family’s association with the city, I have always found Delhi to be something more than just a piece of land. It goes way beyond that, and not everyone can understand it. Delhi has been like a summer place, a sanctuary for me. The association, which started in 1991, has only grown stronger and deeper over the years.

While nostalgia rushed over me during my trip last year, it was also a sort of homecoming for me. Once you get a taste of Delhi, you can never stop loving it. There were a lot of wonderful things I experienced during my trip, out of which the following 10 were my most favourite.

As soon as I arrived in Delhi, the city cast a spell on me. The way the locals conversed with each other fascinated me, even when they swore at each other they sounded polite! One day, while passing through the Jama Masjid area in Old Delhi, the rickshaw got stuck in a traffic jam. As usual, abuses were hurled around on those who were causing the jam.

Phrases like these were heard in that typical ‘kaarkhaana’ (workshop) Urdu accent. But, to my surprise, nothing happened. No one got offended, no one decided to leave their car and manhandle the abuser, nothing! It was an amazing sight to witness.

St Stephen’s Church, which was built in 1862, was a gothic-style church that I discovered whilst wandering the Fatehpuri area. When I visited the church, I removed my shoes and stepped inside, and as soon as I did, I felt like I was suddenly transported back in time.

The ambiance of the church had a sense of grandeur about it. I felt like I was in one of the classic fairy tales we used read about; it was awe-inspiring.

It was then that I noticed a young boy, standing nearby in the church. We started talking, and I got to know his story. He told me that his name was Gaurav and that he often visits this church and sells toys for a living. He said his parents often visit this church as well. I asked if I could take his picture, to which he said yes and gave a smile. He then asked if I wanted him to take my picture. I smiled as well, and said yes.

As I was leaving the place, I asked him to show me where his father worked. I still hadn’t had my fill of the church yet though, so I asked him to wait just a few minutes so I could finish taking my photographs, but when I got done, he was gone. I looked around but he wasn’t anywhere to be seen.

Whilst strolling through the Sunday book bazaar at Daryaganj, I was pretty sure I had died and gone to heaven! Books, books and books – everywhere. This was my first visit to this bazaar and I just couldn’t stop buying more and more books! After what seemed like my 100th book, I stopped myself. I had to make an effort to leave the bazaar – otherwise I would have gone broke. A must visit for everyone!

While exploring Chandni Chowk one day, I noticed a mosque which had these little golden domes. It interested me a lot, so I Googled it and found out that it was the Sunehri Masjid, the same place where Nadir Shah ordered and witnessed the massacre of Delhi in 1739.

It felt like meeting someone who had witnessed so much, and stayed quiet, in an anguished state. I imagined Nadir Shah standing there and seeing blood everywhere. When you stand near it, it is like the winds whisper untold tales to you. The experience is extremely overwhelming.

One of the most peaceful places in Delhi is the shrine of Sufi saint, Hazrat Nizamuddin Aulia. Located in the Nizamuddin west area of Delhi, the place attracts people from all cultures and faiths. The saint promoted tolerance, religious harmony and brotherhood during his life and the same thing has lived on centuries after his death.

The complex also has the shrine of his student, the famous Sufi poet and intellectual, Amir Khusrau. I wish I could explain the things I felt during my visit, but I cannot. Simply put, the experience was just too beautiful.

Having delicious food at Haldiram’s, Chandni Chowk, was definitely one of my most favourite pass-times there.

One of the best things about Delhi is its underground metro system. The moment you descend to a metro station, the whole world changes. It’s as if a whole subterranean city thrives under the surface of Delhi. The network is brilliant, the service is amazing and the experience is satisfying! But yes, if it’s rush hour, then there will be a lot of people… and I mean a lot!

During my last days in Delhi, I met a cycle-rickshaw driver who was originally from Bihar. Bihari people are usually very kind and welcoming and meeting him simply reiterated that fact. He started telling me his story, how he had come here to earn and how he goes back to his village during the holiday season.

When he found out that I was from Pakistan, he was really surprised. He said that it is important that there should be peace between the two countries. His simple vision inspired me.

It was painful to leave behind Chandni Chowk. I remember looking at the place and realising how much I loved Delhi and everything about it. Tears didn’t stay back, and I hoped to see this beautiful place again, soon.

For anyone who has a chance of visiting India, they should definitely visit Delhi. The city breathes a whole new life in you and you get hooked to the way Delhi operates.

A writer, who loves exploring horizons; literature, music, movies, past and beyond. He tweets as @ImZeesh (twitter.com/ImZeesh)

My friend and I were the first Pakistanis to receive tweets from Space!