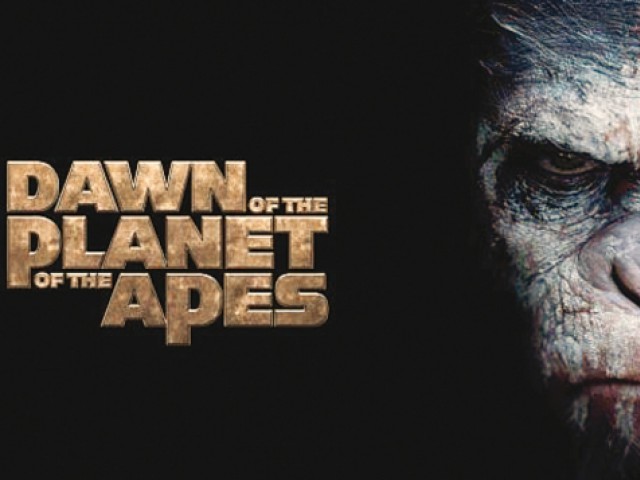 Caesar- you find yourself rooting for this unlikely hero throughout the film, as he comes to terms with the magnitude of his responsibility to the tribe and his own family, the betrayal by his own kind and his wavering faith in mankind. PHOTO: FILE

Taking place around 10 years after the memorable events of its predecessor movie, Dawn of the Planet of the Apes shows a world where humans have been all but wiped out by the simian virus.

Caesar, who we last saw leading his band of apes into the forest, is now the leader of a much larger and intelligent troupe of apes. They live in relative peace until a group of humans stumble upon their territory causing a cataclysmic sequence of events that result in an all out war between the two species.

The fact of the matter is that the apes were, by far, the best actors on screen. They were incredibly engaging and believable as opposed to their human counterparts who, despite Gary Oldman’s best efforts, were all too one-dimensional and forgetful. In truth, the humans are just a sideshow in the whole movie. Director Matt Reeves specifically chose to focus on the evolution of the apes and the irony that while the simian virus may have helped to set them free, by making them more human, it also becomes their greatest weakness. Gradually, it made them prone to the human elements of mistrust, jealousy and a thirst for power that leads to an internal rebellion.

Andy Serkis, widely known for his role as Gollum in Peter Jackson’s Lord of the Rings and the Hobbit trilogy, deserves an Oscar for his mesmerising performance as Caesar. You find yourself rooting for this unlikely hero throughout the film, as he comes to terms with the magnitude of his responsibility to the tribe and his own family, the betrayal by his own kind and his wavering faith in mankind.

For those of you who might have chosen to skip the Rise of the Planet of the Apes after being mercilessly tortured by Tim Burton’s version released in 2001 starring Mark Wahlberg; I would advocate giving Dawn a chance as it was by and large the best of the ‘blockbusters’ in what has been a disappointing summer.

After all, Hollywood is the world’s most famous junkie and its addiction to trilogies, most of which are horrendous, is well documented. Compared to the first few movies, this one has turned out to be one of the better ones, so long as they focus on the apes. Humans, however, have no place in this particular world now.