Landlords in Punjab: “Off with the boy’s arms!” 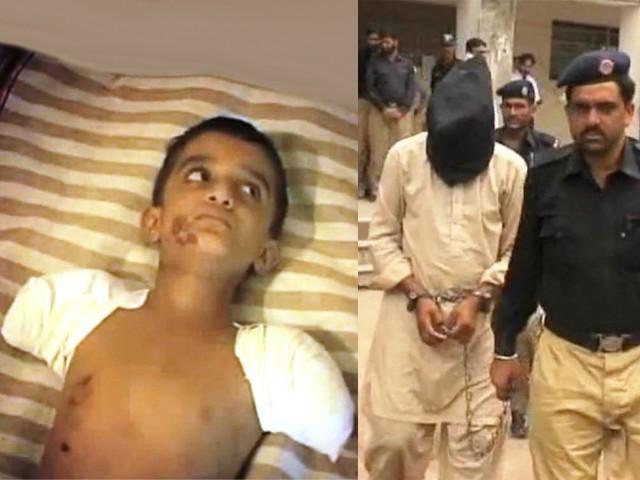 A landlord chops off a 10-year-old's arms as a form of revenge against the boy's father.

It’s a small village in Punjab. Two men begin fighting over a few thousand rupees and what seems to be an electricity wire. One of the men has a 10-year-old son who does the unthinkable – he goes to take a bath in the enemy’s tube well. The landlord/owner cannot stand this injustice. He beats the boy and pours hot water on him. The little boy runs and hides in the fields but the landlord seeks him out again. This time, he ties him up with a rope and cuts his arms off with a thresher.

Did I just narrate to you the latest plotline of an upcoming novel?

Did I just recall an impossible event taking place in the world where we talk about children being precious and protecting them at all costs?

Did I just hear you scoff in disbelief, assuming something like this could never be real or take place?

Well, I hate to break it to you but this story is as real as it gets. This is a village called Chak Bhawala in Gujrat, Pakistan. The abovementioned men are named Ghulam Mustafa and Nasir Iqbal. And the little boy, who now has no arms because he is surrounded by maniacs, is called Tabassum.

The Punjab Chief Minister, Shahbaz Sharif, has taken notice of the incident and has dismissed the area SHO, ASP, DSP and the medical superintendent of the hospital for failure to take notice. While his attention and action is commendable, one must ask him if he is aware of the countless other inhumane injustices being conducted against children throughout the province. One must also ask him if he has any idea what child welfare societies are supposed to be doing in this case.

Most importantly, one must also speculate if Mr Shahbaz has the answer to the inevitable question – what is going to happen to Tabassum and his future? He was the target of a mad man’s rage, at the receiving end of a stupid feud and now he has to spend the rest of his life as a handicapped individual. Will he be able to attend school, get a job, earn a livelihood or partake in any physical activity? What will happen to this little boy whose only fault was that he was a child trying to beat the summer heat and got caught in a mess that had nothing to do with him.

Crimes against children are a serious issue and the government of Pakistan must take it as one before perpetrators keep getting off on technicalities such as in the case of Tabassum. There are over 15 NGOs in Pakistan that are working towards protecting the rights of children but none of them seem to have the outreach or resources to stop these crimes from happening. In a small village in Punjab, the only possible outreach that can make protection of children possible is the law itself. So far, the headways made in doing so are few and minimal.

Children are defenceless and vulnerable targets, and therefore require protection all the time. Their futures are still far ahead of them. Civilised societies make it a point to establish a clear and thoroughly defined justice system when it comes to protecting its weakest and most susceptible part. Such heinous crimes deserve life imprisonment at the very least.

Yet, I have a heart sinking feeling that this immoral delinquent will soon be enjoying freedom, despite his criminal and despicable offense.