Will Pakistan’s energy crisis ever end? 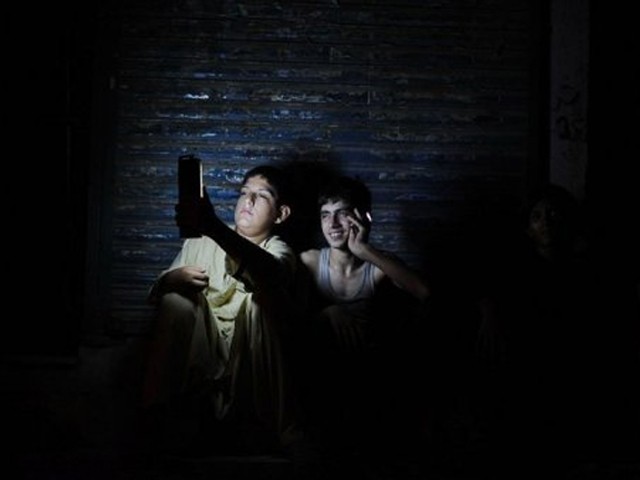 Even after the end of PPP's five-year tenure, there is no improvement in the energy sector and the people are left suffering from 10 to 14 hours of load shedding. PHOTO: AFP

Ever since the energy crisis hit the country, the whole nation is looking for an answer to one question – will it ever end? This is just one simple question which many governments have failed to address. The former Pakistan Peoples Party (PPP) government gave false hopes to the people and as evident, even after the end of their five-year tenure, there is no improvement in the energy sector and the people are left suffering from 10 to 14 hours of load shedding.

This means that if everything goes as planned, the government will increase the generation capacity by 5094 megawatt (MW) till the end of their five-year term. At present, we have an installed capacity of 22,797 MW and the average demand is around 17,000 MW while the short fall fluctuates between 4000 to 5000 MW.

The point of contention is whether the predicted figure of 5094 MW will be enough for curtailing the energy crisis in the country. A load forecast report published by National Transmission Dispatch Authority (NTDA) every year states that by 2017-18 the electricity demand in the country will go up to 35,000 MW.

The National Energy Policy of 2013 reflects on the government’s attitude in resolving the energy crisis of the country. The government needs to seriously revise their energy policy keeping in view load forecast, otherwise the conditions will be worse than ever; the nation will probably experience load shedding of 15 to 20 hours a day and many remote areas will be left in darkness.

Almost 65% of Pakistan’s electricity production is based on thermal fuel sources such as Residual Fuel Oil (RFO) and High Speed Diesel (HSD) which are highly expensive and non-renewable sources of generation. Dependence on such fuels increases the cost of generation. On the contrary, it has a negative impact on the environment due to excessive carbon oxide emissions which result in climatic changes. Beside this, we are facing an acute shortage of gas as well. If the Iran-Pakistan gas pipeline had worked out, it would have been contributing substantially to resolving the energy crisis. But unfortunately, due to foreign pressure, the project eventually ended up in the loss of billions of rupees.

At present, to overcome the energy crisis and to meet future energy challenges, Pakistan needs to build micro-hydro projects. They are cheaper and one of the most reliable forms of renewable energy source.. We need to put our focus on energy conservation by minimising energy usage through developing effective energy management plans and ensuring its implementation in corporate, industrial and housing sectors. The government should set energy conservation standards for large, medium and small scale industries and encourage the industrial sector to reduce their energy consumption by benchmarking their energy usage and energy saving drives.

Moreover, Independent Power Producers (IPPs) should be provided subsidy and tax rebates so that they can enter into Power Purchase Agreements (PPAs) with industrial owners and sell electricity on cheaper rates to industries which will eventually help catering the demand of industrial consumers and decrease their reliability on the national grid.

Since solar technologies are becoming prominent all over the world due to massive decrease in cost per watt from $7 per watt to $1 per watt, the concept of Net Metering should be introduced to encourage domestic and commercial consumers to setup their own small scale grid connected Photovoltaic (PV) solar plants. This step will not only help boosting the PV solar market in Pakistan but will also result in adding surplus units to the national grid, favouring both the user and utility service providers.

Pakistan has abundant resources of shale oil and gas which needs to be explored and can be used effectively as alternative fuel for electricity generation. According to Energy Information Administration (EIA), a US agency working on energy statistics and analysis has estimated recoverable shale gas reserves of 105 Trillion Cubic Feet (TCF) and more than nine billion oil barrels within Pakistan. Thus overcoming the energy crisis in the five-year term for any government will not be a problem if the existing resources are utilised effectively.

If we really want to resolve the energy crisis in our country, our policy should focus on demand based energy conservation and load forecasting of the upcoming years, and an effective implementation plan. Otherwise, we will end up building more circular debt, hence leading to prolonged periods of dark ages.

He has done his degree in engineering from Ghulam Ishaq Khan Institute of Engineering Sciences and Technology. Currently, he is working at the Lahore University of Management Sciences, heading the Energy Conservation and Renewable Energy Projects on Campus. He tweets as @aliasmaq (twitter.com/aliasmaq)