No Israel, you cannot use rape as a war weapon 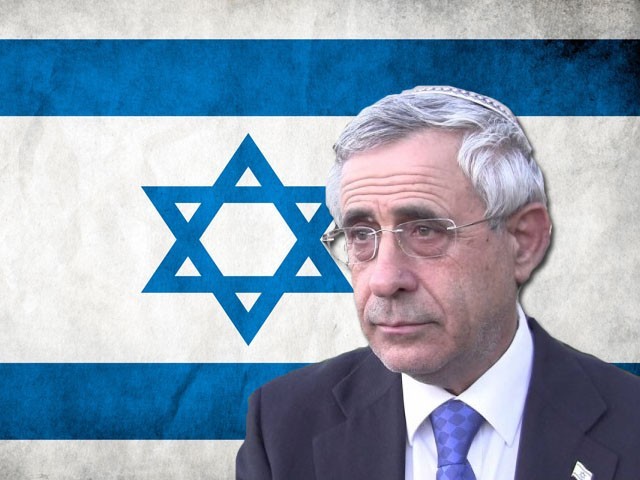 Are they completely and wholly blind what rape means and what a violent, unforgivable crime it is? Who is teaching them the rules of war?

The Israeli-Palestinian conflict has brought out what seems to be the misogynist, the racist and the overall hate in everyone. There are people who have asked Hitler to return and then there are people like Bill Maher who recently called Gaza ‘a crazy woman’.

Then there is the Israeli professor who says the best way to fight wars is to rape women. How I wish that was a line from The Onion. How I wish it was a politically incorrect joke made by Will Ferrell on Saturday Night Live. Or something some crazy extremist had said somewhere where they were still flogging women in the streets. Unfortunately for women and academics everywhere, this remark was made by Israeli professor Mordechai Kedar of Bar-Ilan University. He said and I quote,

“The only thing that will deter [the terrorists] is if they know that either their sister or mother will be raped if they are caught.”

He also went on to justify that this is just how “Middle Eastern culture” is.

I must admit it’s hard not to take that personally, as a woman, as a feminist and as someone who generally and specifically condemns crimes against women and human rights’ violations.

Mr Kedar has been a member of the military intelligence and is now a researcher at the Began-Sadat Centre for Strategic Studies.

Comforting to know, isn’t it?

Not to mention awfully smart.

Completely ignore Geneva Conventions, they’re just hurdles. So are the bodies of the innocents. They’re just roadblocks on the way to a bigger, better Israel. And while you’re at it, take a culture’s sensitivities and use it against them. End the pretence of ‘defending your border’ and come up with a clear cut slogan: we are out to destroy everything about the Palestinians; their lives, their futures, their culture, their existence period.

Clearly, there is no concept of cultural evolution and human rights’ violations involved in this argument.

The university responded by saying that,

“Dr Kedar did not call and does not call to fight terror with anything but legal and moral means.”

The reaction to this statement has met with expected and justified outrage from feminist groups from within Israel and beyond – but this is hardly an exclusive feminist issue. This is a humanity issue – a country that is already creating enough pools of blood and incarcerated bodies must show some remorse, if it has any left, at this ridiculous and sickening thought.

Is it not enough that Israel has already indiscriminately bombed innocent women and children and is basically forcing the Palestinians into extinction and, total and complete annihilation that, they now want to use women as a tool for revenge and extend their violent ambitions?

To add to these atrocious crimes against humanities, here is an educational personality, no less, who comes up with advice on how to deter suicide attacks. Not dialogue, not compassion, not potential ways to bring peace but more violence, and let’s make it gender-based because that will really hurt them.

But I forget that this is a war where rules of fair play and human collateral damage hardly matter. So at this point, I do not even have logical comparisons that I can bring the reader’s attention to. At this point, my sensibilities sputter and the only theory that comes to my mind is that maybe Israel has lost all possible sense of ethical treatment of human beings and the principles of what is right and wrong.

Perhaps the Israeli administration has already lost its moral compass: so a statement like this hardly ruffles any feathers of any human rights groups that are already tired of counting the bodies piling inside Gaza. Perhaps Israel’s complete and total lack of moral conscience when it comes to abundantly killing Palestinians has wiped all sense of what is humane and appropriate in a state of ‘war’, as they call it. In their blind hatred and racism, they have forgotten that what they are doing is paving way for another Holocaust – and this time they will join the ranks of those who have cost humanity rather than defended it.