Tweaking a classic: Maleficent vs The Sleeping Beauty 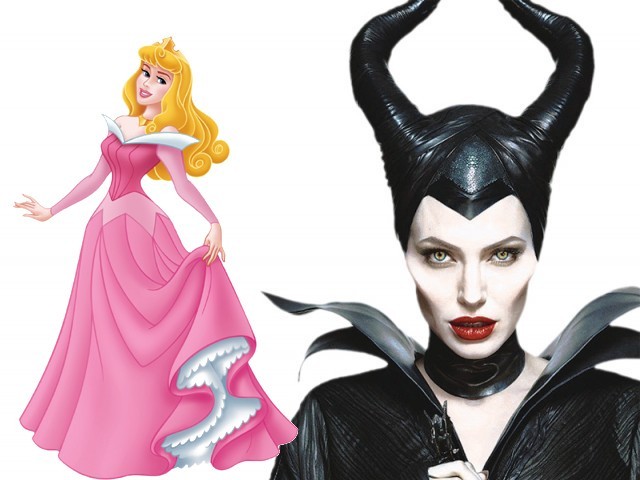 I did enjoy how Maleficent ended with a strong narration. It was also commendable how they portrayed ‘evil’ in a different light.

Back in the day, we used to watch cartoons and movies on big cassettes that would go into our VCRs. Now, we are in the era of ultra-thin discs we play on our nifty DVD players. Sleeping Beauty, an absolute favourite, that was made in 1959 also changed with time. Today, it is called 2014’s Maleficent. But is it as good as it used to be?

Planning to go to watch a movie at the theatre has never been a quick decision for me, so by the time I go watch a movie, more than half of the world’s population has seen it already. And let’s not forget how nobody hesitates to talk like an expert critic about a particular film after they’ve seen it. So, as expected, my Facebook newsfeed was flooded with mixed, but extreme, views on the movie. I made an attempt not to let them work as a spoiler for me.

After months of restless wait, it was finally time to find out whether our childhood fairy tale had been ruined or not.

I found myself looking for my seat, walking between aisles with my hands juggling the 3-D glasses and a large bowl of popcorn in anticipation of what was about to happen.

So the first thing I figured was:

“Whoa, King Stefan wasn’t the great guy we believed he was.”

Sleeping Beauty narrated the story very differently; Aurora’s daddy as a tall, thin bearded, noble king, happy at the birth of his daughter. Never did we know of the scandalous history he had with Miss Maleficent.

According to the new Maleficent though, Aurora’s daddy was a lousy commoner who would do anything to become the future king – including backstabbing the magnificent Maleficent.

You remember how we used to sit there and think, why is Maleficent so angry at not being invited to Princess Aurora’s ­­birth celebrations; furious enough to curse her to death? Yeah, neither do I.

While the fairies were bestowing their wishes on the little princess, Maleficent interfered with her deadly curse… But, turns out, the curse was, originally, much deadlier than just a slumber spell. King Stefan, however, is the one who managed to transform it into a tricky true-love-kiss that would break the spell, by asking for some mercy on Maleficent’s part.

But why were the fairies in Maleficent so… ditsy? I don’t remember them being that way at all in Sleeping Beauty – in fact – those fairies were one of the highlights of the original version. The adaptation was definitely a major disappointment in this regard.

I mean, just look at them.. The animated version was too adorable, Merryweather in particular!

As Aurora neared her 16th birthday, or let’s say, as the curse of pricking her finger on a spinning wheel got closer, she proved to be dumber than we expected. Yes – the woods are scared of Maleficent, Aurora has kept her a secret from the fairies and yet when she sees Maleficent she thinks of her as a godmother? Really?

Little Aurora, you may be very pretty with rosy cheeks and long thick strands of hair, but I wish you were a beauty with some brains. I mean honestly, what on earth made you think that a fairy godmother looks like this:

All of this was followed by the biggest shock a film could have caused: the true love’s kiss.

For starters, Prince Phillip was sort of non-existent throughout the film. And while Aurora fell into a deep slumber, our eccentric fairies were scouting for an eligible bachelor who could kiss her and be her true love (if only it was that easy). Miraculously, Prince Phillip was the only one they could get their hands on; what a catch… literally.

But the forced kiss turned out to be nothing more than a futile attempt to wake Aurora up, and we were left our own speculations as to who her true love could be.

“Could Diaval, the crow, be her prince charming? Oh my God, yes he’s probably the one! His kiss will be true love’s first kiss.” I reckoned.

Sigh, I was so wrong…

What came next put my 22-year-old existence into question; I was so disappointed with my innocent-gone-dirty idea of a true love’s kiss. I always thought it had to come from a prince, isn’t that how conventional loves kisses work across the globe? Apparently not.

What I had missed out on was that Maleficent’s love for Aurora was true-er than a random Prince’s, and enough to break the sleep spell! They took the phrase true love a little too seriously, in my opinion.

And this was as shocking for Maleficent herself.

By the end of the film, I had my verdict ready: I liked my childhood fairy tale The Sleeping Beauty way better than Maleficent. But, having said that, I have to admit, I did enjoy how this ended with a strong narration. It was also commendable how they portrayed ‘evil’ in a different light; we learnt that what seems evil may not be so evil after all and that love can overcome all.

A biotechnology student aspiring for a career in Genetics. She loves to write, travel and learn; hates stagnation of mind and criticism. A procrastinator when it comes to catching up on series. movies and half read books. She tweets @Fizzakbar (twitter.com/Fizzakbar)