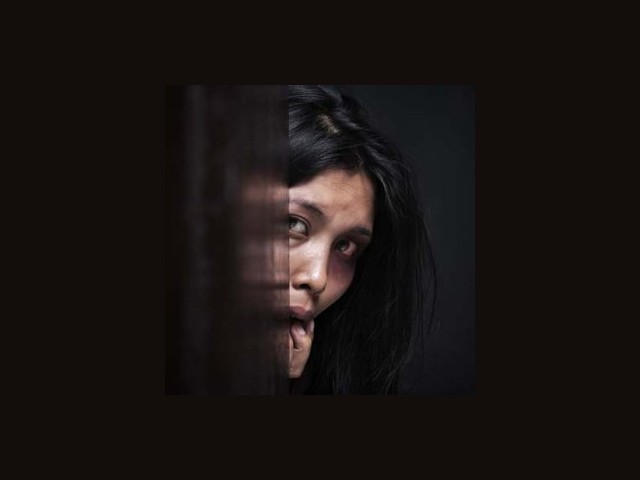 Her body and her heart, both broken and crippled, tried to take the beatings, first for the sake of her love for him, then for the sake of saving face for what would people say if she left him, and eventually and irrevocably for her children.

The first time he hit her was on the 17th morning of her wedding ceremony. She had just walked out of the bathroom after a shower, her hair still dripping little droplets of water as she tried to rub them dry with a towel.

He was standing in front of the armoire picking out a tie for himself, his back to her. She saw his handsome profile, all sharp lines and edges, and she had smiled to herself blissfully. In that moment she had thought, she was the luckiest girl on earth. This beautiful man, who had the ability to attract people into his halo, with his magnetic charm and that twinkle in his eyes, had chosen her over all the other girls he could have.

“I am the one,” she had thought to herself, still watching him, still rubbing her hair with the towel, “I am the one he wants to spend the rest of his life with…”

Before she could complete her thought though, he had suddenly whipped around and slapped her straight in the face. Her head had rolled back as she spun around with the sheer force of his assault. Stunned, she had fallen backwards on the bed, still unsure what had happened or why. The next thing she knew he was on the bed with her, holding her face in both his hands, caressing her cheek where just a second ago his long, strong fingers had left a mark.

“I am so sorry”, he had almost whimpered, “I just got startled.”

“I didn’t realise you were standing behind me.”

He was like a little child, pleading to be forgiven,

“I am so sorry,” he kept sobbing softly.

And she, who had never seen a man in her life raise his hand at anyone, forgot her fear and shock and confusion, and pulled his head into her lap, consoling him.

“I am sorry… I am fine… it’s my fault…”she whispered into his hair, her voice still shaking.

Her body, unlike her heart, unable to recover so quickly from the chilling fear and raw pain it had borne just a second ago. They made love then, or she made love to him, even though her heart beat like a thousand horses galloping wildly through a dark forest and her lips cringed every time he touched them. And this is how she would remember the first time he laid his hands on her.

They had married for love. She thought she knew him. He had been quite the catch; so many women, in the bank they worked at together, had their eyes on him. But he had eyes only for her, and slowly, she had fallen for him too.

After the first time, she tried to shake off that sliver of fear that would run down her spine sometimes when he was too close to her. She convinced herself he had made an honest mistake, an involuntary reaction. But somehow the fear quietly seeped into her veins and haunted her in her sleep.

The next time it happened, he was angry. He kicked her from behind as she bowed down to pick up his dirty tea cup, but she was blocking his view as he watched his favourite news show. It was her fault.

The third time it happened, it was when they were in bed. He climbed on top of her and pillaged her body with a brutal force so ferocious, so violent that she thought her heart would surely explode and someone would hear it shatter. But it was her fault; she had not performed her wifely duty of satisfying him in bed for the last three days.

And so it continued. Her body and her heart, both broken and crippled, tried to take the beatings, first for the sake of her love for him, then for the sake of saving face for what would people say if she left him, and eventually and irrevocably for her children.

That night, she heard her daughter’s scared whimpers as she peeked into her children’s bed room. What she saw stopped her in her tracks. Her five-year-old daughter was on the cold marble floor, facedown, as her eight-year-old son sat on top of her. His fists pulled her long brown hair and then he smacked her. But even as she cringed with pain and tears flew down her ashen cheeks, she bit her lips so no one could hear her.

She screamed and pulled him off. Her hand flew up in the air and then came down resounding on Ali’s round cheek, still warm from all the excitement.

He gave out a loud cry and started howling in anger.

Zoya, her daughter, just clung to her leg, still whimpering, like a lamb that had just escaped slaughter. She had never seen a more frightened human being in her life. Zoya’s eyes looked both wild and aloof at the same time. Like a part of her had accepted this was to be her fate, while another part of her, the part that still had the spark of life, had become crazed at the knowledge of what she had just been through. Ali’s bawling had subsided into a steady whimpering cry of his own. She held him close to her heart. How could she blame her eight-year-old child for something she should have protected him from a long time ago? And then between her little hiccups and her tears, Zoya spoke,

She struggled to breathe,

“I coughed and Bhai was trying to sleep… it was my fault.”