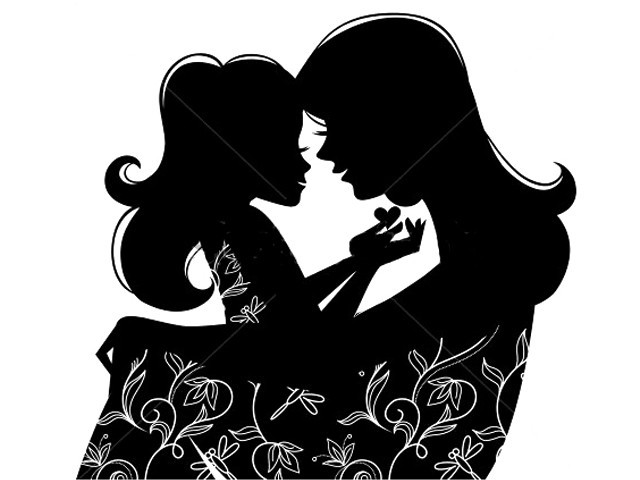 I think I changed the day I had my own daughter. That was the day I realised she deserved anything and everything the world had to offer. PHOTO: STOCK

“Four daughters?” the woman asked, her eyes wide with a mix of horror, pity and fascination.

A sympathetic smile, followed by,

“They are beautiful. May Allah (SWT) bless them with good kismet (fortune)”

I can’t count how many times I have heard these sentences being said to my mother. Different women, same words, same connotations each time. For most of my life it did not bother me. I took it in stride. After all, it is a burden to have four daughters in a Pakistani society. To find an educated husband for them, to painstakingly accumulate their dowry, to train them in the art of keeping house; above all to ensure their “good kismet” – a herculean task – which can only be achieved by Allah’s blessing, good looks and money.

Growing up, I did not feel any particular prejudice against myself for being a girl. I simply believed that a girl’s place was in the home; from an early age she was to be domesticated, beauty and poise considered her biggest asset, domestic skills her most important achievement. Of course attending a respected school and college was always a plus.

I was groomed to marry from a young age. I was loud and boisterous, I walked fast, I talked fast, I had opinions; I was told over and over and over again-to zip it. Because who would want to bring home a daughter-in-law who was not soft spoken and timid, and shy and mouldable? Despite being an over achiever in my academic career, I was never expected, nor encouraged, to pursue higher education.

It was not that my parents did not consider educating their daughters to be important; they did. But, like many Pakistani parents, they believed every Pakistani girl had a shelf life, so they could not afford to encourage their daughter to pass that shelf life in the pursuit of higher education. Their dream for me always remained the same – a good marriage. And perhaps that was my dream too, for I didn’t know I had the freedom to choose a different dream. Much to their relief and delight, I got married at 21 and moved to California. I was at the precipice of living my ‘happily ever after’.

Her birth marked my transition from a young sheltered girl to a sometimes-unsure-of-herself woman, and, eventually, to a tigress. Because of her, I was finally coming into my own; learning to be unapologetic for my opinions, intelligence, strength and fierce desire to be independent. I had loved to write for as long as I could remember, but I never fully realised the power my pen wielded until I had begun this journey of self-discovery, choking on my own words thirsting to gush out.

Not too long ago, I started writing for different publications in the US and Pakistan. Soon after, I was approached to write a short novella about romance in the sub-continent; I signed a contract with an e-publishing house. All I had to do was make the decision to take action, and then the universe aligned itself, things started to fall into place for me. My pen became my power; my voice. And… it made me want to fight for my dreams.

A couple of weeks before I turned 32, I watched Malala Yousafzai with teary eyes as she spoke about the power of education on her 17th birthday at the United Nations Youth Assembly. This girl, half my age, from rural Swat – a faraway magical place I had visited many summers in my youth and where I had seen many little girls like Malala, in their blue and white uniforms, marching to school across actual mountains – stood in front of the entire world and declared,

“Even if they put a bullet in my head, I will pursue my education.”

That was it. That was the day I threw out the last remnants of fear and doubt; it was time to pursue all of my dreams. Dreams I did not know I was allowed to dream in my yesteryears – dreams I wanted my daughter to know she could dream.

So here I am, back in college, for my sake, and the sake of the song my daughter will one day sing on top of a mountain.