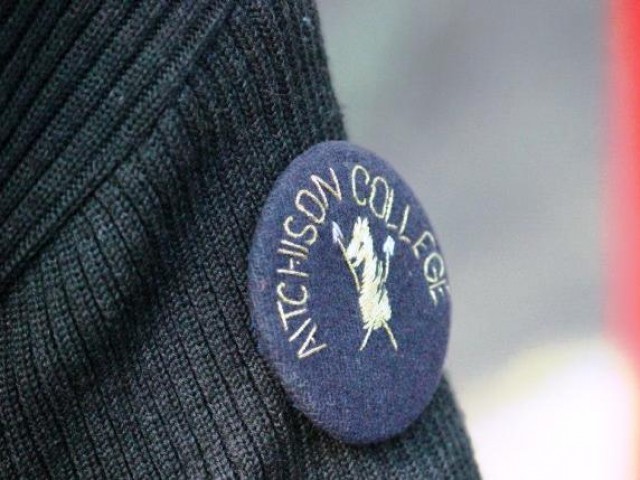 When I recall my time in Aitchison, the traditions always used to carry one positive or another. PHOTO: SHAH JEWNA'S KODACHROME FACEBOOK PAGE / FILE

“Don’t you realise this behaviour is unbecoming of an Aitchisonian?”

Mr Zafar Ahmad stared at me.

Stress on the word Aitchisonian caused extra ripples of guilt.

There is a reason Mr Zafar Ahmad, my housemaster, was stressing on the Aitchisonian angle; he knew it would make me feel like a downcast in my own eyes. And it did. Both of us knew I would not repeat that adventure at least.

Aitchison College is in the spotlight these days. Pakistani press is not alone this time because The Guardian, one of the leading British dailies, has also covered the latest issue surrounding the institution’s policy regarding kinship. The case being made by a large section of society, led by the government, portrays kinship as a ‘corrupt’ practice.

Governor Punjab Chaudhry Sarwar has told The Guardian that kinship was only helping the elite class, the rich, the powerful and the ‘VVIPs’. He said that only about a dozen families make use of kinship. The governor’s overall response depicted that the government was taking these steps for the good of society. He also mentioned relatives of the ruling family not getting admissions because they didn’t invoke kinship.

The question here is, is kinship a social vice?

Is the government really aiming at a reform? Or, is it just political sloganeering and populism?

Kinship is a tradition. Institutions are strengthened by traditions.

The point I want to make here is that institutional pride does not develop out of thin air. It is born from traditions, conventions and customs. When I recall my time in Aitchison, the traditions always used to carry one positive trait or another – as proven in the first few lines of this blog. It makes individuals think before they act and works as a conscience to maintain their legacy.

More importantly, traditions strengthen institutions. Pakistani society behaves strangely and always negatively when it comes to traditions. Like in this case, everyone seems to believe kinship was made a rule in Aitchison to benefit the ‘elite’. As if their kids get admission without any test or something. The misconceptions are multiple.

Firstly, it is not a rule made in or for Aitchison exclusively. It is not even a rule. It is a tradition practiced all over the world, including educational institutions in the US and UK. Kith and kin of alumni and students are given preference. It is a concept larger than educational institutions. All reputable armies of the world also practice it.

Secondly, kinship and quota are two different things. While talking to The Guardian, Governor Sarwar also seemed to be confusing the two. The governor of Punjab is patron of the college and has a quota in Aitchison. However, except for this, there is no other quota as far as I can remember.

Thirdly, kinship always has a very small share. It ranges from 10% to 25% globally and that includes Aitchison. But somehow, everyone has started bashing kinship preferences as if it is the only way admissions take place in Aitchison.

Let me give an example of how kinship works. If two applicants end up in a tie after the tests and one of them is related to an alumnus, he will be given preference. That is the most common case when it is invoked. Direct admissions also happen on a first come first serve basis in kindergarten, ranging from 10% to 25%.

The basis for traditions is rationale and experience. And there are other things. Traditions, rituals, mystique and pomp are very important in sustaining institutions. Kinship is not the only tradition in Aitchison, there are many more but space is a constraint here so I will leave those for now. According to the famous poet and Nobel Prize winner TS Elliot:

“The endless cycle of idea and action

Brings knowledge of motion, but not of stillness

Knowledge of speech, but not of silence,

Knowledge of words, but ignorance of the word”

Let me answer. There is something special and exclusive about Aitchison and to sum it up in as few words as possible I would say,

Peace talks won't work. If they kill two, we must kill four