Can a woman in Pakistan play sports without being sexually harassed? 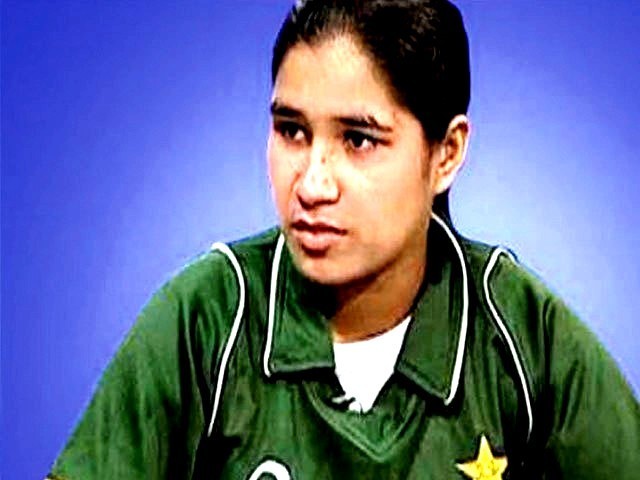 Rafiq's case was more than a painful eye-opener to the realities that many women in Pakistan face on a daily basis. PHOTO: FILE

One of the biggest impediments to women participating, or being allowed to participate, in any form of sports in Pakistan is that of sexual harassment. Just yesterday, we all learned about the tragic demise of Haleema Rafiq, the young and talented 17-year-old cricketer. She was one of five girls who had the courage to raise her voice by accusing the Multan Cricket Ground of several instances of sexual harassment that took place last year.

However, rather than taking her accusations seriously and wasting no time in conducting a serious investigation, Rafiq’s cry for help fell upon deaf ears. Her case was immediately dismissed when three other girls from the Multan women’s cricket team testified against the sexual harassment allegations. To make matters worse, her accusers filed a defamation lawsuit of Rs20 million against her, followed by continuous threats which thus drove her to consume acid and end her own life.

As disturbing as this incident was, the thing that bothers me the most is why was Rafiq’s allegations dismissed so quickly? And that too because three other girls, who too had projected accusations of sexual harassment against the Multan Cricket Ground last year, decided to take back what they had said initially? Don’t these people realise that these girls are only 17 – young, naive teenagers who may have been influenced or maybe even threatened, to change their minds?

It’s no surprise that many young girls have no choice but to either hide or keep secret whatever sexual advances that may have been imposed upon them; they do this in fear of what their families and society will think of them if discovered. They realise that whatever they do, whatever action they take, reflects back on the ‘honour’ of their families. They would much rather suffer in silence than allow themselves the brunt of having their voices heard. And those that do end up being vocal, by trying to expose the injustices and inappropriate behaviours that were enforced on them, unfortunately end up having a fate similar to that of Rafiq’s. These girls realise that if they were to open their mouths and testify, rather than be taken seriously, they would instead be judged, labelled, put down and demeaned, allowing the culprits to run scot-free. Justice is rarely served. So, most just keep quiet, while others are forced to lie in order to save face and reputation.

“Sexual harassment is widespread in women’s sports here and is a major impediment in bringing the best players to the fore. One side-effect of this is that second-rated players who are willing to offer sexual favours often get into influential positions.”

Furthermore, many girls, who wish to pursue sports, realise that they live in a society where women are, for the most part, quick to blame for the wrongdoings of their male counterparts; a society where women are more than often seen as alluring vixens, whereas men as innocent victims. They do everything in their power to stay as invisible as possible, especially when it comes to the sensitive issue of sexual harassment.

Even so, Rafiq’s story is not the first of its kind. There are many such cases of women who have chosen to participate in sports in Pakistan but have also fallen prey to horrendous persecution.  While women are ‘allowed’ to take up sports as a career in Pakistan, it is also understood that it will have to come with a hefty price – sexual harassment. Whether it is forced sexual harassment or harassment in the form of asking for favours (usually the men asking girls for favours), it is a price that women will have to face and accept by any, or all, means possible if they were to continue playing sports. This, as a result, discourages many talented and passionate women from pursuing a career in the sporting field, in fear that they will be harassed, assaulted and treated like sex objects.

Unfortunately, as pessimistic as this may sound, sexual harassment is an issue with no possible end in sight, especially in a country where women’s rights are almost non-existent. And Rafiq’s case was more than a painful eye-opener to the realities that many women in Pakistan face on a daily basis.

Until and unless men’s attitudes towards women don’t change, sexual harassment in women’s sports will continue to be wrongly pardoned and overlooked.