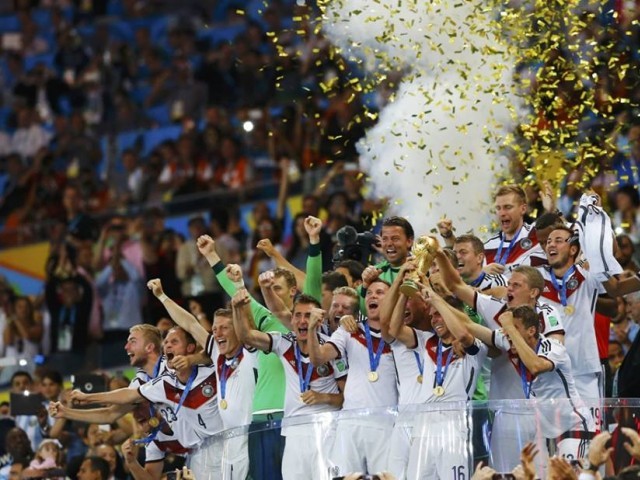 The disappointment of the lacklustre opening ceremony was short lived and, from the opening goal of the tournament to Germany lifting the cup in the finals, it was well compensated in every manner possible with great entertainment and thrilling matches throughout the tournament.

The World Cup could not have begun on a more dramatic note, with Marcelo scoring a first own-goal by a Brazilian in the history of the tournament, watched by over 62,000 Brazilians live. But Neymar also struck twice during the match and as distress turned into ecstasy for Brazilians everywhere, we experienced what it meant to be part of such a huge, global event.

From the first match onwards, there was no looking back. Within 24 hours, airborne Robin Van Persie scored a stunning goal, Arjen Robben made sprints across the field that would make Usain Bolt envious and the world champions of 2010 were reduced to dust by the Dutchmen.

The World Cup was truly underway with a great promise. We were treated with some thrilling matches, a flurry of goals and goalkeeping heroics. And after a tense 120 minute final between Germany and Argentina, Germany was crowned world champions and the FIFA World Cup 2014 came to an end.

Let’s relive the magic of the World Cup once again. Here are the highs and lows of the tournament:

The start of the matches were marred by controversies surrounding unfinished stadiums, political tensions, mass protests and corruptions. But all this faded away as soon as the games began. It has been one of the best staged tournaments ever. The 32-day event will not only be remembered for offering some terrific football but also because it went along very smoothly, with no evident logistical disasters taking place for neither the teams nor the thousands of travelling fans.

For the hosts, the only disappointment was towards the end of the tournament, when their hearts were broken by the worst ever World Cup performance by their team in a semi-final, as Brazil took a dismal 7-1 thrashing from Germany.

Pakistan’s participation as a team, at the biggest football tournament, remains a dream. Pakistan did, however, manage to mark its presence in the current FIFA World Cup by providing locally manufactured, durable footballs – called the Brazucas – that were used during the matches. 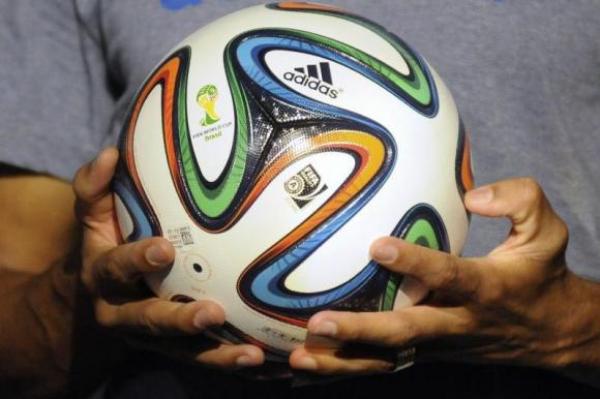 The ball was tested before the start of the tournament by the likes of Lionel Messi, Iker Casillas, Bastian Schwienstiger and even the 1998 World Cup winner Zinedine Zidane, who gave their thumbs up to it. Goalkeepers termed it a reliable ball that didn’t dip or swerve, unlike its predecessor the Jabulani.

One of the criticisms the 2010 World Cup in South Africa faced were the empty stadiums in many matches. In Brazil, though, it was a completely different story; fans flocked in from all across the world to be part of the action. There were hardly any vacant seats in the matches, showing us just how much love Brazilians have for this beautiful sport. The most heartrending moment of each match, in my opinion, was the national anthem and especially so when thousands of Brazilians sang their national anthem aloud, without any music. 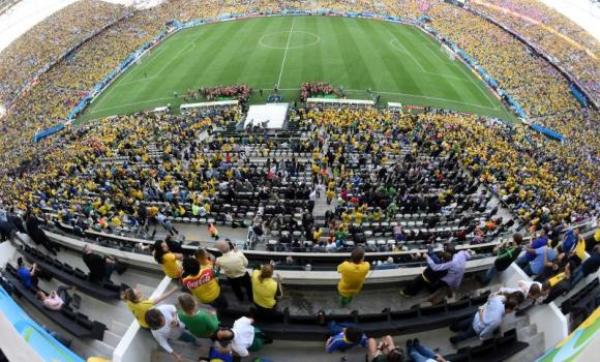 Supporters gather ahead of the Group A football match between Brazil and Croatia at The Corinthians Arena in Sao Paulo on June 12, 2014, during the 2014 FIFA World Cup. Photo: AFP

France’s striker Karim Benzema hit a left-footed hit off the far post that straddled the goal line but the ball never crossed the line until bouncing off Honduran goalkeeper Noel Valladres. This was the moment we witnessed the real benefit of goal line technology, introduced for the first time in this tournament. There was not an immediate signal for a goal, and without goal-line technology, France may not have gone up 2-0. 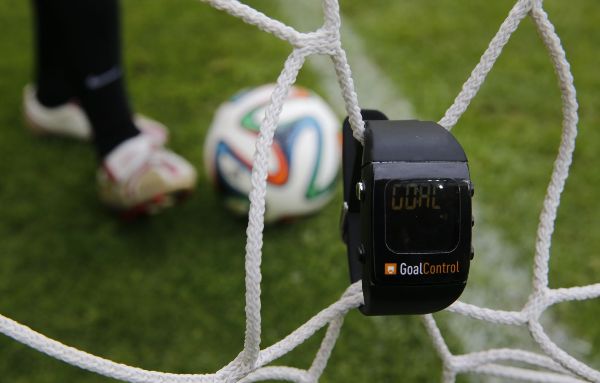 Refereeing, in this tournament, came under fire from various quarters, who thought it to be too lenient throughout the tournament. Over-the-top tackles have gone unpunished and outrageous dives have rarely been questioned. Although the South American flavour of football doesn’t favour too many interruptions, the quarter-final tie between Brazil and Colombia – that saw a staggering 54 fouls and only four yellow cards – needed stricter decisions. 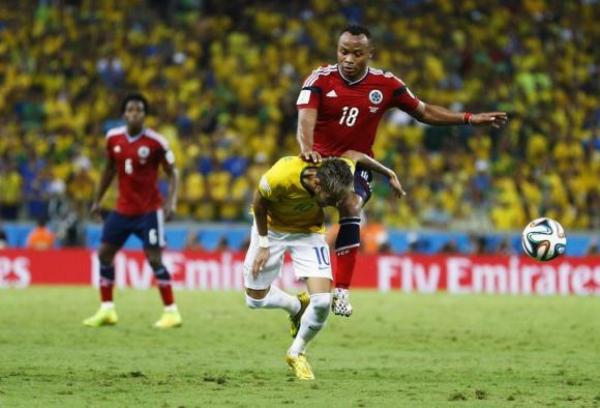 Goals, goals and goals – the tournament has been full of it, which has made it truly exciting and exhilarating. The World Cup of 1998 in France was the first tournament with an expanded format featuring 32 teams. With 171 goals Brazil 2014 has joined the highest goal scoring tournament rank with France 1998. Moreover, with an average of 2.67 goals per game, this World Cup is second best after the one held in 1970 in Mexico, with average of 2.97 goals per game.

Bosnia’s Sead Kolasinac scores an own goal during the 2014 World Cup Group F soccer match between Argentina and Bosnia at the Maracana stadium in Rio de Janeiro, June 15, 2014. Photo: Reuters

The World Cup 2014 has strangely been devoid of good free kicks. However, there have been brilliant field goals to compensate those. Colombia’s James Rodriguez scored six goals, all of them being very impressive but the best one was his chest trap, swivel and left-footed dipping volley against Uruguay that looked like it had come straight from a FIFA video game simulation.

Other notable mentions include Van Persie launching like a human projectile to head in a goal against Spain. David Luiz’s bullet-like free kick against Colombia from 35 yards was also a memorable goal.

The World Cup produced a dizzying number of goals and a dizzying number of unbridled celebrations at the same time; the celebrations became like a shadow competition among the teams. Ghana’s dance moves were awesome. Van Persie’s jubilant hi five to Louis Van Gaal after the flying goal was an iconic moment. However, Mexico’s coach, Miguel Herrera, was the clear winner; he celebrated Mexican goals with more gusto than his players. The colourful man was the toast of photographers. 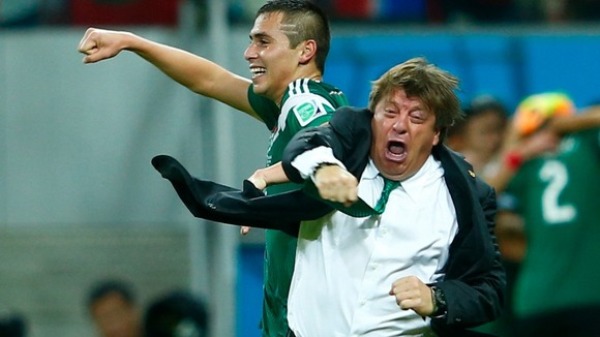 Miguel Herrera celebrates the second goal of their team against Croatia during their World Cup Group A match. Photo: Reuters

We have seen a flurry of goals in the tournament; however, goal keepers have also been equal to the task. Germany’s Manuel Neuer has been the best stopper who exhibited great positioning skills to save some very certain goals. He deservedly won the golden glove. 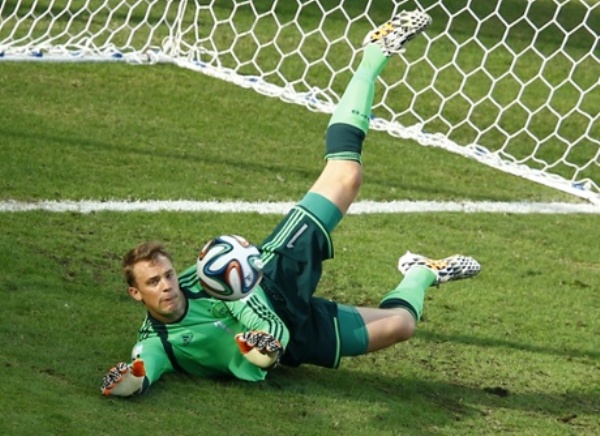 Mexico’s Guillermo Ochoa has been outstanding. Argentina’s Sergio Romero became a national hero when he saved penalties from Ron Vlaar and Wesley Sneijder to send his side into their first World Cup final in 24 years.

Goalkeeper Tim Howard of USA saves a shot during their 2014 World Cup round of 16 game against Belgium. Photo: Reuters

However, the single most impressive goalkeeping display of all may have come from USA’s Tim Howard against Belgium; Howard made 16 saves, a record for any goalkeeper in a World Cup match stretching back to 1966.

Fairy tale of the tournament

Costa Rica. After beating three former champions to top the group of death, the Costa Ricans edged out 2004 Euro winners to enter their first-ever World Cup quarter-final. They dragged the Dutch to the penalty shootout before bowing out. They played really good football throughout the tournament and gave a very tough time to all opponents. 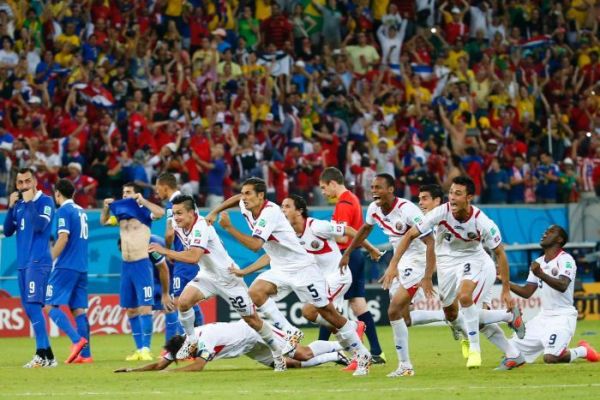 This was not difficult to select, as it can only be one – Luis Suarez and his bite. The guy is a prolific striker and there is no denial about his goal scoring abilities. But there is one other thing he does on the pitch besides scoring goals and that is biting his fellow players! 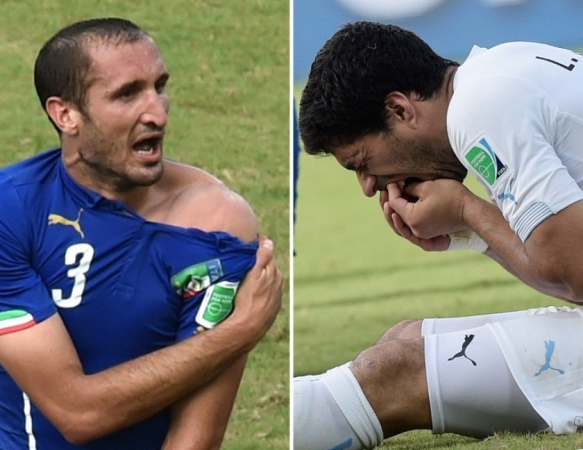 Italy’s Giorgio Chiellini is his latest victim, after FC PSV’s Otman Bakkal and Chelsea’s Branislov Ivanovic. It was absolutely disgraceful, not only for football but for sports in general.

Brazilian striker, Fred, scored just once in six world cup matches and even that goal came in the comfortable 4-1 victory over Cameroon. Fred was the highest goal scorer in the Confederations Cup 2013 Brazil and his transformation to a world cup flop has just been incredible (and incredulous). His performance was so bad that sometimes it managed to jeopardise Neymar’s good work.

The world expected another exhibition of the dominant and silken football play, Tiki-Taka, from the reigning European and World Champions, Spain, but they were completely abysmal in Brazil. Spain could not recover from the after effects of the Dutch onslaught in their first match and were eliminated after their loss to Chile in the second match.

Spain’s goalkeeper Iker Casillas reacts after a goal by Netherlands during their 2014 World Cup Group B soccer match. Photo: Reuters

Many football pundits believe Spain’s aging team was the sole reason behind their dismal performance. If Spain had used the same players, who played in the final group match of the team, from the very beginning, perhaps the results would have been different.

Besides Spain, England was rubbish; although Italy beat England, but it was rubbish too.

James Rodriguez of Colombia, without a doubt. Although he missed out winning the golden ball – for me, he was the best player. Few would have heard about the pint-sized playmaker before the World Cup. He has become a household name after scoring six goals, including one of the tournament’s best in five matches. The evidence of his abilities was the post-match acknowledgment from Brazilian players in front of the crowd. James Rodriguez is certainly going to be a big star in the future with all the big clubs of the world wanting him. 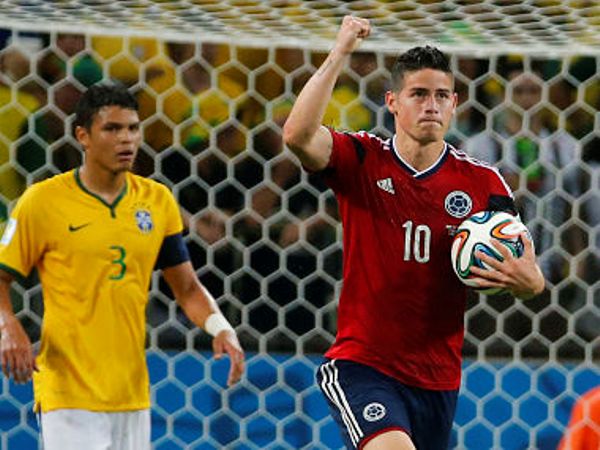 Also, Robben’s dazzling pace and work rate has been simply outstanding. Neymar and Lionel Messi, who won a golden ball each, have carried their respective teams single-handedly, which evidences the mastery of their skill at the game.

No doubt about it – Germany, the FIFA World Cup 2014 Champions. Germany had the most well-balanced and complete team this World Cup. They could have carved out a team from their substitutes and still have done very well! The team performed just like German made machines – precise, fast and ideal in quality. Strong goalkeeper, rock solid defence, powerhouse midfield and a dominant attacking force – a complete team. They deserved the cup.

Germany’s team poses for pictures before the start of their 2014 World Cup final against Argentina at the Maracana stadium in Rio de Janeiro July 13, 2014. Photo: Reuters

After them, Netherlands should also be mentioned. The team had the best attacking line-up, well supported by a good midfield and defence. The tactics of Louis Van Gaal were simply master class. Although Argentina has been more of a one man show with Messi overshadowing every one; nevertheless, they made it to finals with good games.

There have been suggestions from various quarters that this could very well have been the greatest World Cup ever. That is a tall claim to make for a tournament that is over eight decades old, but there are several persuasive reasons to base these compliments on. I, for one, enjoyed this tournament thoroughly and anticipate that the next World Cup will be even more electrifying than this one.