Has China really put a ban on fasting? 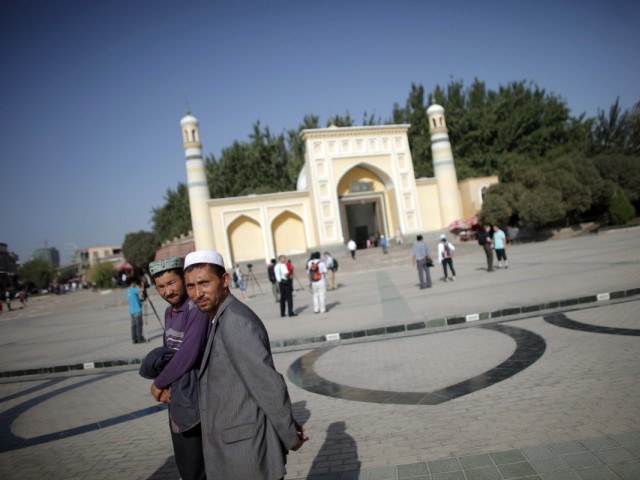 While non-Muslim countries don’t have relaxed working hours in Ramazan by law, I was still offered flexible working hours according to my Ramazan schedule in China and a small corner to offer prayers. PHOTO: REUTERS

Over the last few days, my Facebook timeline (that has incidentally become a conduit of current affairs knowledge for a lot of people these days) has been filled with people posting news about the ban on fasting in China. Consequently, a lot of my friends are asking me if this is really true, and if I am barred from fasting as well. These questions need to be appropriately answered.

What is the ban really about?

To set the record straight, this ban on fasting is not a blanket ban for all Muslims across China. In fact, there hasn’t been any official communication from the federal government to enforce this ban. The only point where this ban is seen being implemented is in certain schools of the Xingjian province; these schools have posted the following guidelines regarding Ramazan on their websites:

Some officials in Xinjiang province have quoted anonymously that no such ban has been officially enforced. Also, most Muslims in the region, with whom I have spoken, have mentioned that they faced no such obstruction in fasting and neither have they been prohibited or reprimanded. It is also pertinent to note that despite this news being quoted in global media, there is no official directive from China’s state media agency, Xinhua, to substantiate the claim.

But why are religious activities being discouraged anyway?

The reason given by these schools is that fasting is detrimental to the physical well-being of young students, who should eat regularly. However, this is not the only reason.

The Xinjiang province is a Muslim majority area and in recent years the separatist movement of East Turkestan Islamic Movement (ETIM) has been quiet active there. The region’s economic backwardness has helped fan such movements and find it easier to recruit disillusioned youth.

This group has upped the ante for separation and has attacked governments and civilians in terrorist activities, trying to make its mark. It was under them that terrorist attacks took place this year in major cities of the province, killing scores of civilians.

Obviously, this has caused the central government to tighten security in the region. This separatist movement is something Beijing is not willing to tolerate, especially if it’s fermenting on religious grounds. Also, the government has announcement development packages and projects to engage more people in economic activities to deter them from recruitment with such outfits. Religiosity is the last thing the government wants.

It is important to understand that China itself is an atheist, secular society and the state does not promote any faith. Culturally, over the centuries, Chinese society has been guided by Confucius’ teachings. This gives the society a very pluralistic outlook and allows the coexistence of other beliefs like Islam, Buddhism, Taoism and the likes to cultivate in patches across the huge country. The state always separates religion from academic activities and there is nothing about religion in their curriculum. Therefore, this ban is not entirely unprecedented.

Have I experienced this ban as a Muslim in China?

So far, there is not a single Muslim, be it a foreign or Chinese national, whom I have heard to have been unable to observe fasting due to this so-called ban.

While lots of people have jumped to conclusions without enough information, I can share my own rather pleasant experience of living, travelling and working in different cities within China over the last two and a half years.

My first trip to an old, but well maintained, mosque here was a surprising one. The mosque turned out to be the perfect hub for social networking with fellow Pakistanis, who were here in China for their studies, business and work. Even though the mosque was located downtown where there were many high rise buildings and shopping malls, the government did not displace this mosque. The government has respected its significance.

As if I wasn’t already surprised enough with the congregation for Friday prayers, Eid prayers were an even bigger eye-opener for me. There was a large arrangement for the prayer area, with the main road adjacent to the mosque sealed off to accommodate more people. Dominated mostly by the Uighur Muslims, it was a heart-warming experience to see such a large Eid congregation in a foreign country.

Besides this, there have been certain instances that have made me understand China’s stance on religion much better. Though most people around me don’t understand what halal food is, they always respect my beliefs and are careful about it when it comes to choice of food while eating out with me. Also, non-Muslim countries don’t have relaxed working hours in Ramazan by law but I was still offered flexible working hours according to my Ramazan schedule; I was also given a small corner to offer my prayers.

What else could we expect in terms of religious tolerance and freedom from a secular country?

Now, pause for one second and think of what we do in our own country with minority sects and non-Muslims. Is there a difference? Every other day, Pakistan’s news is filled with stories of intolerance, bigotry and shame.

A ban of this kind, if it really is in place is definitely not going to endear the government to the local Muslim population and should be condemned. Regardless of that, before we start blowing our “holier than thou” trumpets, I think it is important we learn about religious tolerance ourselves.

After all, we are followers of the religion of peace and submission, shouldn’t we practice what Islam preaches? Looking at the state of our own affairs, can we really point at others when our own house is burning?

Until 2013, wearing headscarf in civil services was banned in Turkey.

Malaysia’s highest court ruled that non-Muslims cannot use the word ‘Allah’ to refer to God.

Non-Muslims are not allowed to eat in public during Ramazan in many Muslim countries.

Which countries do you think need a lesson in religious tolerance, secular nations like China or the numerous intolerant Muslim countries around the globe?

An expat currently based in Shanghai. He has lived, worked and traveled in different cities within China in last 2 years. He has interest in business, tech, and national and international politics. He tweets @SFarazNaseem (twitter.com/SFarazNaseem)

Civil disobedience in Hong Kong: A lesson for Imran Khan