Why the French burqa ban upsets me as a secular feminist 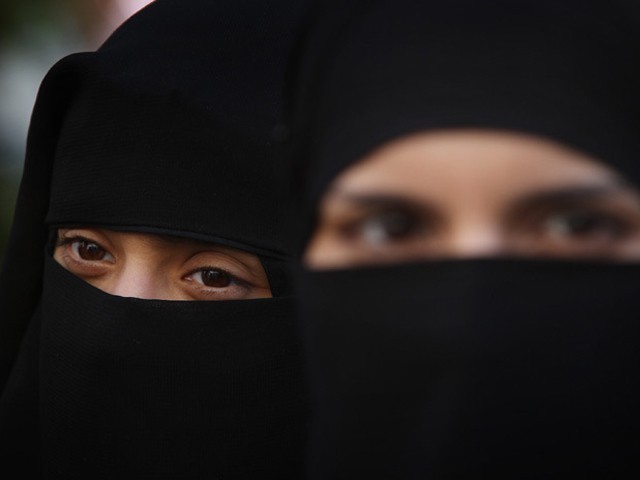 The European Court of Human Rights has weighed in on the face veil ban in France and, in a flagrant exhibition of institutionalised bigotry, has upheld the government’s decision. As goes France, so goes Europe.

The verdict breathes fresh air into an old debate, in which the opposing sides had begun to take comfort in the thought of this restriction being a French anomaly, not representative of the general European psyche. But we’ve faced disappointments before.

My position as a feminist rejects the false dichotomy, arriving at the opposition through a road less travelled.

I’ve made my position on face veils clear in my previous blogs. And the torrents of hate mail helpfully reminding me of my weight problem prove that my message has been understood. To put it simply, I do recognise a burqa as an obstruction to a woman’s social and physical freedom, robbing one of her public identity. It’s a sort of burden that’s unique to one gender, which would easily irk any proponent of equality.

Now for the ‘however’ part that an impatient conservative reader may have been looking forward to: Possibly even more perturbing to one’s feminist senses than gender segregation, is the idea of the government walking into a woman’s closet, telling her which dresses she is allowed or not allowed to wear. You know, “for her own good”. It’s as if the female, as an adult individual, is obviously ill-equipped to make such decisions on her own.

The woman, incapable of making the right choices for herself must be forced to do so with the threat of a fine €150, or “lessons in French citizenship”. The law stands as a right-wing dream-boat to which liberals around the world have ignorantly buckled themselves.

France appears to follow a grotesquely mutated form of secularism known as lacite. While overly strict with faith systems of the “non-traditional” people of France, it still somehow manages to declare national holidays in honour of Christian events like Assumption of Mary, Christmas, Ascension, Pentecost and the All Saints Day.

How about one for Eid, or would that completely devastate France’s pristine record of religion-neutral governance?

It’s established that two-thirds of communication is done non-verbally, in which facial expressions are imperative. A woman without a face would only go so far in a career where a good deal of social interaction is needed.

But that is not the point. It doesn’t matter if the burqa is lined on the inside with poison ivy extract and that the wearer receives a mysterious phone call telling her she’ll die in seven days. It’s still her choice. It may well be a bad choice and a feminist may socially discourage its use, but to have the government policing your wardrobe to save you from yourself is unacceptable.

As for the cases where a burqa is imposed on a woman by her family, banning the garment may be even more damaging. It is more likely that the woman’s overly conservative household would forbid the woman from leaving the house, taking away the little freedom she could previously afford with the burqa’s aid, and amp up the oppression even further!

If the ban is a crackdown on misogyny, you may as well ban feet-cracking high heels, overuse of make-up and Robin Thicke songs. If the ban is a security measure, you may as well ban bike helmets, Halloween costumes, oversized shades and high collars. For all I know, the guy in a plague mask in Italy’s famed Carnivale di Venezia is Mullah Fazlullah, and not being able to identify his face makes me queasy.

To descend selectively upon the garment of one culture or religion, placating the liberals with excuses of (faux) secular feminism, enunciates the reawakening of a new era of Euro-centrism.