Do impaired individuals deserve to be made fun of? 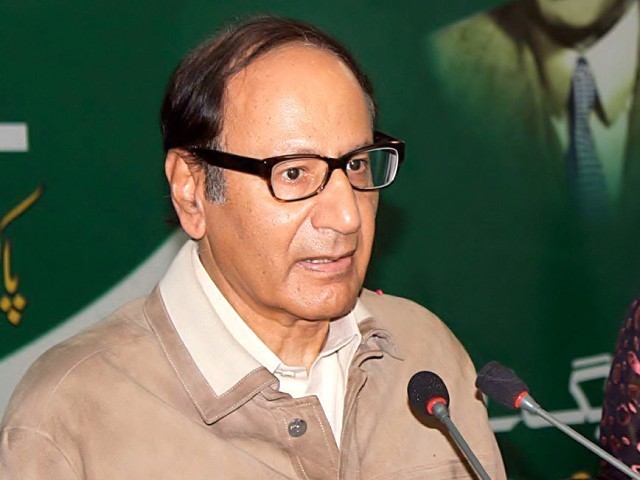 It is not just the former prime minister’s situation that is in question here; it is about all those hundreds of common men and women who face such bullying and ridicule every day. PHOTO: FILE

He has had speech impairment for as long as I can remember. Each word uttered has to be a deliberate effort for him. His sentences spoken are often unclear and difficult to comprehend. Perhaps, he also faced bullying whilst growing up but that never shattered his confidence, for his career demands him to interact with large crowds and be a public speaker.

Despite the lisped sentences, his statements hold clout and his opinions are always sought. People make fun of him and glances are exchanged around him, yet he only fumbles, never stumbles. He is the 14th prime minister of Pakistan, Chaudhry Shujaat Hussain. And this time, a ‘leaked’ video has made him the subject of national ridicule and mockery for his speech impairment.

As if the deficiency wasn’t already obvious to many, social media is abuzz with a video recorded on September 2011, in which he is allegedly seen participating in a speech therapy session, to help his sentences and clarity. It garnered roughly 3000 likes, 6000 shares and about 700 comments within three days that the page shared it. I talk about just one page, not others that may also have done it.

One can’t be sure if it really is Chaudhry Shujaat in this particular video, since it has not yet been authenticated but such videos are generally recorded for professional purposes and not for the eyes and ears of every member of the public. There are elements of patient confidentiality, ethics and morality that are taken into account if the doctor or their team exposes it to the public – irrespective of who the client is. But what was more appalling for me was our reaction to the video.

Besides the numerous views and shares, many vile comments were also made on the said video, some of which included,

(Chaudhry Sahab, do you plan to become the Pakistan Idol, in this age?)

“Wah g wah must listen u would never control ur laugh (sic).”

(Wow! Must listen; you will not be able to control your laughter)

Can anyone please explain to me how somebody’s diminished physical or mental capability is funny or warrants laughter? Have we now reached the lowest ebb of civility, that making fun of people’s illnesses or natural limitations has become acceptable?

Let me clarify that it is not just the former prime minister’s situation that is in question but hundreds of other common men who have to face such bullying and ridicule every day.

Since our nation doesn’t usually function through logic and rationale, it will be pointless to give an argument based on these principles. Perhaps, then, what is held so dear by so many must be sourced for guidance? Let’s take a spoonful of Islam’s teachings and shove them down our throats before we shamelessly morph into a cruel herd that has reached its point of no return.

Musnad quotes the Prophet Muhammad (PBUH) to have said that to be tolerated, one would have to be tolerant first and Sahih Bukhari cites him saying mercy should not be shown to those who do not show mercy to their own fellow beings.

Let’s not forget, what goes around can come around and life can bare our vulnerabilities for the world to see as well. So the next time you have the urge to mock someone for their disabilities or their attempt to overcome them, instead of showing compassion and encouragement, you remember what karma is right? Today it is the unknown common man and an ex prime minister, tomorrow it could be us in their place.