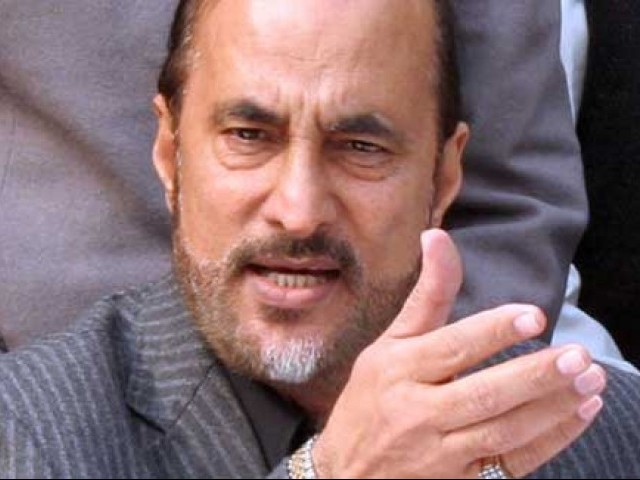 I am at a loss to understand law minister Babar Awan’s fixation on “takhte Lahore”, a reference to Emperor Ranjit Singh’s reign. Others have also hijacked this phrase and have started to use it indiscriminately while referring to the present Punjab government headed by Shahbaz Sharif. While others could have been excused for their obvious ignorance of Punjab’s history, the words are surprising coming from a supposedly well-read person. After all, the minister is a son of the soil, to use a cliche.

An empire as a gimmick

To ridicule the golden period of Punjabi history for petty score settling is appalling. Ranjit Singh’s era, apart for its military might, affluence and glorious conquests was an era of religious tolerance, reconciliation, and nation-building. It was in his time that people rose to commanding positions in the administration as well the army regardless of their faith. Biased Muslim historians have painted a distorted picture of his disrespect for Muslim faith and deliberate desecration of Muslim holy places. It is true that mosques were used as ammunition dumps and stables, but the fact is that history is stained with cases of religious places being abused. People like Babar Awan conveniently forget that Dai Anga’s mosque was used as the Railway Headquarters by the British for almost 60 years and the Punjab Governor House is built upon the tomb of a Mughal prince.

There were no forced conversions to Sikhism during Ranjit Singh’s era. On the other hand, hundreds and thousands of lower-caste Hindus were allured into conversion to Christianity during the British Raj. Very few people know that Guru Arjun Singh personally invited and escorted Mian Mir, a Muslim saint of the time, to lay the foundation of the Golden Temple. Even fewer people know-or would like to know-that Ranjit Singh, the Emperor, was summoned to Amritsar to appear before the court of the religious head of Sikhs, on the charge of desecrating the sanctity of a mosque. He appeared like a common man and was awarded the punishment of one hundred lashes, which was later remitted upon his assurance that he would refrain from repeating such actions in the future.

Next time when Babar Awan chooses to use this phrase, my advice would be to read and memorize this piece of history, the way he has boasted of memorizing Clause 6 of the constitution and narrates it to his protector for his own convenience.

As a proud Punjabi, I am personally offended by this oft-repeated phrase and am of the opinion that he should be asked to apologize to the entire Punjabi population.  I would like readers to ponder over this quote of Masson, a deserter from the British India Army who was to later become a political agent for the East India Company while stationed in Kabul:

At present, flushed by a series of victories, they (the Sikhs) have a zeal and buoyancy of spirit amounting to enthusiasm; and with the power of taking the most exemplary revenge, they have been still more lenient than the Mahomeddan were ever towards them.