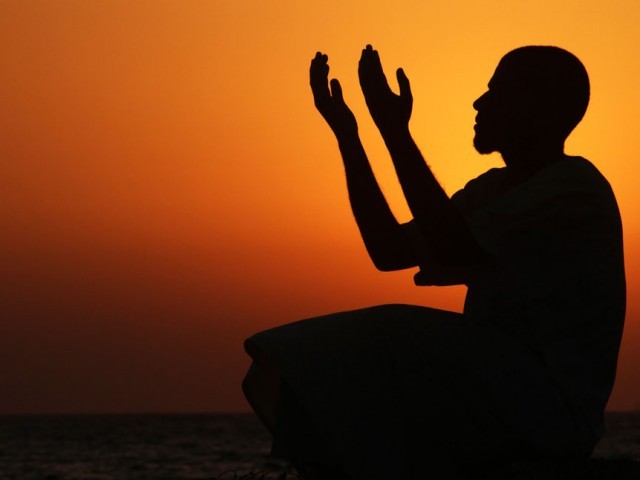 The Holy Quran, although quite specific on certain points, usually leaves its readers with principles behind the ritual and expects us to perform accordingly. PHOTO: REUTERS

In the region of the earth above the Arctic Circle called ‘the land of the midnight sun,’ the sun does not rise for several months in winter or set for several months in summer. In Finland, the sun stays above the horizon for seventy days at a stretch. What are Muslims in such regions to do if Ramazan occurs during one of these summer periods?

A response to this question on one of the forums online was that “the midnight sun is a myth and that there is no such thing”. The respondent added that the days are very long in these regions in summer, yes, but that people there do manage to fast regardless, and that they are compensated for these summer fasts by the extremely short fasts in winter.

This response reminded me irresistibly of an ostrich, head buried in the sand. No the ‘midnight sun’ phenomenon is not a myth, and yes, people in the extreme north, Norway and Finland, and in the UK and USA still fast, those sticking to the letter of what they perceive as the law, observing terribly long fasts. Some pray Taraweehs too.

The question is: what exactly is the law and is Islam inflexible?

Of course, one can manage anything armed with dedication, and that people fast 23 hours at a stretch is proof of dedication and faith. But a spiritual life in Islam does not preclude the practical, nor does Islam sanction hermits and self flagellation. Realistically, therefore, how does a person who fasts 23 hours a day and sleeps almost none remain healthy and function effectively as a soldier, a doctor, a labourer, a parent, or a student?

If Islam is meant for all times and places, and Allah (SWT) intends every facility for you, then surely its followers should change accordingly, by means of intelligent debate, without changing the principles prescribed in the Holy Quran.

The Holy Quran, although quite specific on certain points, usually leaves its readers with principles behind the ritual and expects us to perform accordingly. In the case of prayers, it does not specify the physical actions but lays stress on the worship of one God and no one else. In the case of Zakat, there is debate as to who is should receive it, so people follow the ruling they find most reasonable while agreeing on the percentage to be paid based on the spirit of charity and the need to circulate wealth – the principles on which Zakat is based.

Similarly, fasting is prescribed as an act of worship, a discipline, a sacrifice at the altar of the one God, and to develop empathy towards the less fortunate.

It is also prescribed as a means of cleansing the body, like spring cleaning; the intention is not to make the one fasting ill. It is clearly indicated when the fast must commence, as well as when it should end, and in the Arabian Peninsula, where the Holy Quran was revealed, these timings were reasonable. For those of us who arrived later and spread around the world, we were expected to carry the principles with us, but leave the peninsula where it stood.

The Holy Quran encourages people to use their judgement to fulfil their obligations, and the Prophet (PBUH) did so. In a hadith by Abu Dawud, the Prophet’s (PBUH) companion Safwan (RA) worked late hours, so he was unable to wake up for Fajr. The Prophet (PBUH) instructed him to pray Fajr as soon as he awoke instead. This hadith indicates that Islam is adaptable to exceptional circumstances.

In North America, the Islamic Council provides a fixed calendar based on lunar calculations, seeing that it is now (and has been for years) possible to track the path of the moon. This makes life measurably easier for Muslims in North America who accept this ruling because, otherwise, they would not know exactly when Ramazan begins and ends. In Scandinavia, USA and UK (particularly Scotland and Ireland) some people fast using the fasting time of the closest city or day with ‘reasonable’ fasting hours. They can follow their religion better this way and organise their schedules. These adjustments are endorsed by official fatwas.

Such informed adjustments are possible wherever required – in matters of rituals, dress and behaviour, if we are to live as rational Muslims today. It would be a pity, would it not, to be unable to do the very thing we have been asked to do because we are unable to adapt intelligently to changing times, which we are also asked to do?