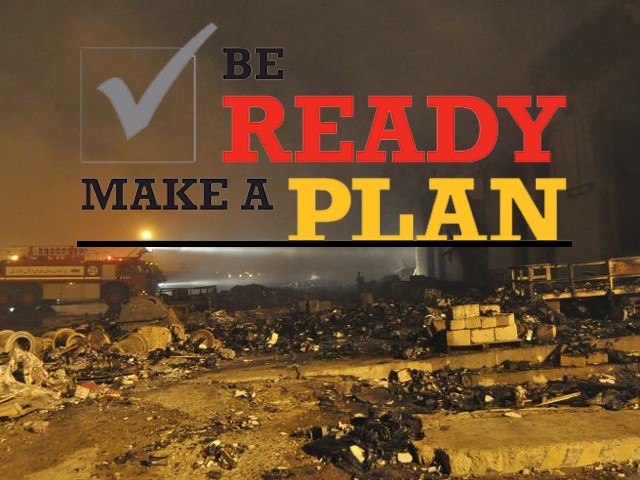 Karachi, the largest city which has survived the brunt of most terrorist attacks, is barely equipped to deal with trauma management.

Two tragic incidents took place this year, perpetrated with violence that highlighted the need for proper emergency response. In February, a car bomb went off near a bus, claiming the lives of 13 policemen. Head Constable Israr Ali was fortunate enough to escape with minor injuries.

“I also noticed people gathered around. They were pointing in our direction but no one came to help us. I crawled out of the bus on my elbows. And it was a good 10 minutes before our own men reached there for assistance while the bystanders did nothing.”

A month later, Raza Rumi’s car was fired upon in Lahore. His driver, sadly, succumbed to his injuries at a local hospital. As per Rumi,

“A crowd had gathered and I was seeking their assistance almost like someone in a hysterical sub-continental film… I had to protest, after begging on the street and then seeking emergency medical aid.”

Both these incidents happened at different times and with different people. To me, they highlight a gaping flaw, which if overcome, may just be life saving for many. Reading the quotes above, it is hardly any surprise that trauma is one of the leading causes of deaths in Pakistan. What is really appalling is that despite this, we hardly have a proper emergency or disaster response system in place even in major cities like Karachi.

However, that may soon, hopefully, change.

The nights of June 8th and 9th were a testament to some of the most horrific tragedies in Karachi. Many innocent lives were lost, but this time, it was not just due to a terrorist attack. Eight people, who had sought refuge inside the cold storage area, died tragically after the authorities failed to rescue them.

This brings to question a lot of aspects such as security, negligence and disaster response. The last one is something that should have been implemented a long time ago given the fact that trauma is one of the leading causes of death in Pakistan. Ironically, Karachi, the largest city which has survived the brunt of most terrorist attacks, is barely equipped to deal with a mass disaster. However, in the wake of the Karachi airport attack and the cold storage tragedy, it seems that people are finally realising the need for an effectual trauma management and disaster response plan. Recently, on Sunday, June 15, Sindh IG Iqbal Mehmood instructed the Karachi Assistant Inspector General (AIG) to launch a Joint Emergency Reporting and Response Centre (JERRC) at the Pakistan Medical Association (PMA) office.

While it is a relief to know that the concern is finally being attended to, it is important to realise that for a disaster response plan to work, it has to integrate the efforts of paramedics or first responders, doctors at all emergency departments across the city and law enforcement agencies (such as the police). Without the integrated efforts of these three groups, we cannot achieve efficiency in trauma management. If we are to look at the pre-hospital care in developed countries, this is the very reason for their success.

In January 2014, a team of doctors from the International Emergency Department Leadership Institute (IEDLI), Harvard School of Public Health, held training workshops in Karachi where they asserted the need to train rescue teams and establish a central command system to enable the government and humanitarian agencies to coordinate and minimise destruction during any disaster. They cited the example of the Boston Marathon blasts, during which the efforts of a central command unit, which according to one of the doctors ‘made everything really easy’.

Another important aspect is an evidence-based approach. While Karachi may lack a centralised planning unit, it does have an existing pre-hospital care system in place, which needs to be improved upon. Several valuable studies have been published that have pointed out the epidemiology of major emergency incidents and have indicated the current flaws in pre-hospital and in-hospital care.

In 2011, Dr Junaid A Bhatti published a study determining that police reporting, particularly of non-fatal Road Traffic Incidents (RTIs) and those involving vulnerable road users, should be improved in Pakistan. Dr Waseem H published a study in the Emergency Medicine Journal, in 2011, describing the establishment of a successful pre-hospital emergency service in Pakistan.

Last but not least, is the training of lay people or ordinary citizens in first response. Responding to an emergency situation is not as simple and those who are not trained to respond might end up exacerbating injuries sustained by the victim. As a medical student trained in First Response, one of the first things we are taught is the extreme caution we have to exercise and measures to take to prevent further damage such as paralysis which can occur due to mishandling of a victim with a spinal injury. Common sense dictates that if the general population is trained in the valuable knowledge of first aid, more lives can be saved. However, an evidence based approach is required for this too as we need to prioritise the more vulnerable communities that are to be trained first. For example, one study published in The Journal of Emergency Medicine, 2004, described the training of taxi, bus and truck drivers in Ghana, a low-income country, with limited pre-hospital care. The reason they were chosen to be trained was due to the fact that they would be the first to reach the site of roadway casualties. An example of an organisation that identifies such communities and provides first response training is First Response Initiative of Pakistan (FRIP), which has reached out to fishermen in Rehri Goth and trained them in CPR and relevant skills to prevent death from drowning. FRIP has also trained policemen to cope with accidents and disasters on the road.

Ultimately, integrated planning and a centralised command unit is the most effective way to improve outcomes in trauma-care. While this may appear to be a daunting task, it can drastically improve the existing trauma system and prevent countless deaths in the country.