Brother, you are from Pakistan and you don’t speak Arabic? 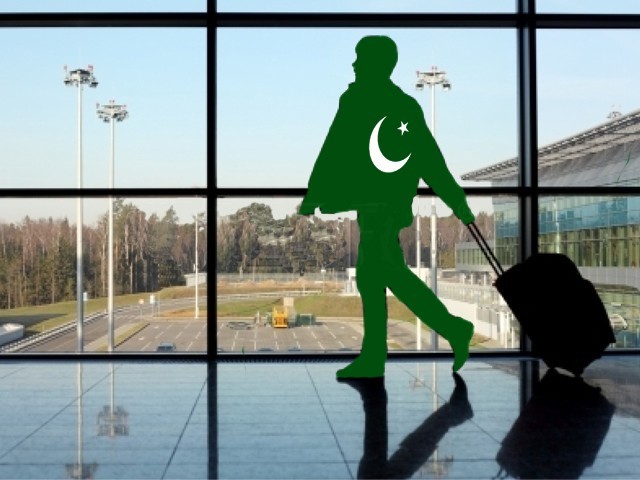 Western media for barely documenting the real Pakistan. But the responsibility to revamp our own actions to influence how others perceive us is solely ours.

One of the biggest advantages of living abroad is the chance to hear what people think about your country. I have been living in Germany for the last three months and during this short stay, I have made friends from different regions of the world. At first, it appeared mystifying, the fact that everyone that I had met, knew something about Pakistan.

It is no surprise that with the ongoing situation in Pakistan, where every day there is horrifying news that in the imagination of people I have come across, Pakistan comes closer to being an aberration.

Wishfully, I often think how wonderful it would be if my foreign friends asked me about Pakistani cricket, the spicy food, the resilience of people, the sheer beauty of the country, the warm and fabulous hospitability and the amazing moral stature of Pakistanis. But what I often encounter, on the contrary, makes me realise that Pakistan, even after more than six decades of its existence, remains an enigma to world.

Here are few questions you should expect being a Pakistani abroad. Each one reflects not only our identity dilemma but also an acute challenge of transforming the common perception of Pakistan as the most savage country into the stabilising force of the world.

1)  Brother, you are from Pakistan and you don’t speak Arabic?

The most intriguing question that many ask is how come Pakistanis don’t speak Arabic. It is may be due to their ignorance about other countries. But part of the answer for this inheritance crisis also lies in our own yearning for Arab-ness that preoccupies all of us.

Especially, since 1970s with Pakistan’s turn towards the Middle East, there has been an attempt to escape from Pakistan’s Indian roots and emphasise on shared a consciousness of Islamic Brotherhood. It was reinforced by the programme of Islamisation with an objective of ‘other-ising’ India, which meant removing the historic, geographic, civilizational and cultural traces of Pakistan’s South Asian identity. What this desire ‘to be a Middle Eastern’ country has done is that it has established a national narrative which is essentially not rooted in history, but rooted in fantasy.

To date, the struggle to define ‘the Pakistani’ remains unabated. Unless, we revisit the national narrative to clearly reflect what constitutes a ‘Pakistani identity’, we as nation would remain confused and conflicted in different parts of the world.

2)  Why does Pakistan export terrorism?

In the minds of many, Pakistan is a warrior state , a hothouse for jihadism , where Osama bin Laden was found and many other militant groups flourish. Of course, there is truth in this brash assertion. For long, we have used jihad both to gain domestic support and to fight against imagined security threats from neighbouring countries. This consistent pursuance of foreign policy within the narrow spectrum of security obsession has come to haunt us in many ways. Internally, it has made us a paranoid and xenophobic nation. Externally, it has made us a pariah state, as isolated as North Korea and Iran.

The choice is clear- we either become a modern, progressive and developed South Korea or remain known to the world as a nuclear armed North Korea. If we prefer the former, then we need to adopt a radically different path. A path that includes: getting rid of the menace of terrorist groups that define us today, reversing our attitude towards India and redefining our geographical calculation.

Over all these months, I have come to two overarching conclusions. Firstly, the world is not all wrong about Pakistan. Secondly, the people abroad need to go beyond the media and news channels to see the real Pakistan.

My reaction to aforementioned questions has always been to support people when they are right and to correct and rectify them when they are wrong about Pakistan. For instance, I tell the world around me that Pakistan is not a jihadi state, how its people are moderate and have always opted for democratic self-expression, but I can’t be oblivious of the fact that there are a lot of militants who live in Pakistan and we need to do something to get rid of those.

However, to their doubts over the fundamental question of Pakistan’s identity, my effort has always been to correct our own historical flaws and to explicate to those around me that we have much in common with India than the puritanical strain of Islam that has influenced us in defining our identity. After all, Ramadan was Ramazan and Allah Hafiz was Khuda Hafiz in Pakistan until 1980’s. Whether we like it or not, this is what our history is and we can’t escape history.

Having said that, there are a few others to be blamed for our international image – especially Western media for barely documenting the real Pakistan. But the responsibility to revamp our own actions to influence how others perceive us is solely ours.