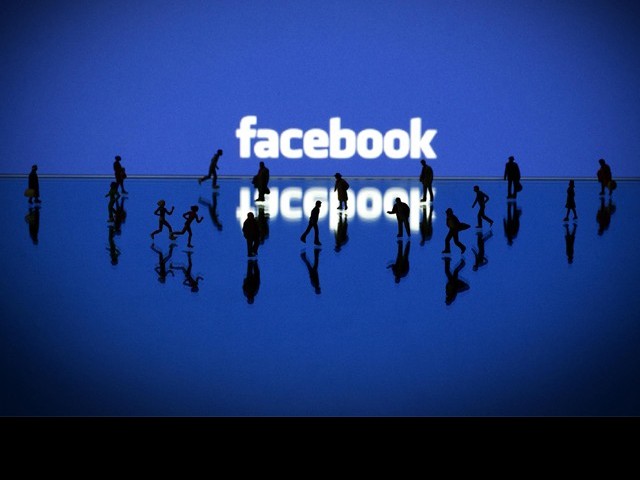 Facebook knows that it can get away with manipulation and breach of privacy without being accountable to anyone. PHOTO: AFP

If Facebook were a country, it would be the third largest in the world, leaving behind China’s 1.34 billion people and India’s population of 1.2 billion. Their user base has increased from 1 million in 2004 to 1.23 billion today.

In 2012, Facebook tampered and manipulated the newsfeed of about 700,000 of its users for one week. It placed posts into user news feeds to study how this affected their mood, removing either all of the positive posts or all of the negative ones.

Scientists working for the social network conducted this study for a week in January 2012 to see if interfering with posts the users saw, when they logged in, would change their emotions.

According to the paper published by the Facebook research team in the PNAS,

But that is not the contentious part. The bigger debated is about the fact that companies seem to think it is okay for them to conduct such experiments on users of their products or services. Think of it this way, you go out to buy a face cream, it says it is a moisturiser and, after having read the ingredients and contents, you are comfortable applying the product on your face. Your friends do the same. One day, a few years from now, you find out that an additional ingredient was being added to some of the bottles of cream and had caused a sudden outbreak of skin diseases. You check the ingredients once again and nowhere does it state the inclusion of such a component. This skin disease has affected you and the damage done is probably permanent.

Yes, that is my problem with what Facebook did. And what is even worse is that a skin disease you can still see, but emotional damage… emotional damage you cannot detect until someone says it out loud or something big happens. In this day age, when we are aware of how emotionally unstable our generation is, would it be wise to conduct such an experiment without taking into account the risks involved? We know that when people post things on Facebook they are tacitly targeting someone or the other. But how do I know I am not the one being targeted? In the same light, when Facebook tampered with newsfeeds and let negative posts appear to manipulate emotions, how do you know someone out there didn’t take a post too seriously? How do we know that there have been no repercussions from this experiment?

What if the users fell in the age bracket of 13-18, were emotionally fragile or were already going through a tough, depressed time. They were exposed to more unkindness and negativity which might have deteriorated their emotional state further and thus their protection or emotional stability wasn’t considered.

Not only is this emotional manipulation beyond creepy, it’s discourteous and treacherous.

Yes, Facebook has played around with privacy settings and we have let that go a multiple amount of times, but does it deserve to be trusted again? If I have signed up for this service, does this give them the right to manipulate my emotions and subject me to more negativity than I already am subjected to in my daily life?

Facebook is, undoubtedly, one of the most powerful social network sites in the world. They are aware of the power they hold and are very confident, rightly so, that their user base isn’t going down in the near future. It knows it can get away with manipulation and breach of privacy without being accountable to anyone. They manipulated the sentiments and the trust of 689,003 users without the hint of a guilty eye or an apology from their side.

So would protest or even a boycott of 20,000 users make any real difference to the site? What is a meagre figure of 20,000 withdrawing from a networking site that boasts 1.23 billion monthly active users, 945 million mobile users and 757 million daily users worldwide?

What this shows us, however, is that no matter how much we would want them to be, such networking sites may be useful, but they are not principled. The only thing we need to do now is exercise our own brains and be careful of what you put out there.