I am a Hindu and Allah (SWT) dwells in my heart 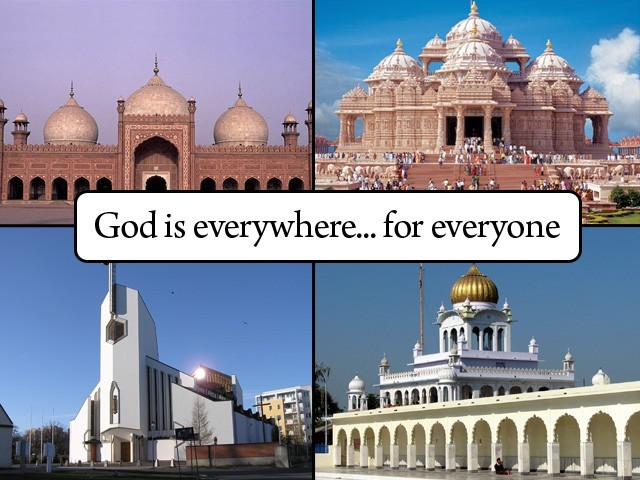 You may call Him Allah, a Buddhist may call Him Buddha, and a Christian may call Him Jesus; for a Hindu He or She could be one of the 33 million deities. But, He is the same who dwells inside all of us and shares his abode with Satan.

Mahatma Gandhi shares an interesting anecdote in his autobiography The Story of My Experiments with Truth.

“One day an ardent atheist heckled a Christian clergyman.

‘Well, sir, you believe in the existence of God?’

‘You also agree that the circumference of the earth is 28,000 miles, don’t you?’ said the atheist with a smile of self-assurance.

‘Prithee, tell me the size of your God and where he may be?’

‘Well, if we but knew, He resides in the hearts of us both.’

And the atheist shook his head in disbelief.”

In my view, the clergyman was right to a great extent. Verily, God and Satan both dwell side by side in one’s heart. For instance, in the tender petals of a particular, delicate flower, poison has its abode and a certain healing power also resides there. Because, if a man smells this flower, its odour will stimulate and cheer each part of his body; but, if a man tastes this flower, it will benumb his heart and all his senses of faculties.

In man as well as herbs: grace and rude will;

And where the worser is predominant

Full soon the canker death eats up that plant.”

True, good and evil reside together. And where the evil proves to be more powerful than the good, the canker-worm of death eats up that plant or that man very soon.

Let me substantiate this claim through an anecdote when the God, who dwells inside me, saved me from falling into the hands of Satan and the abyss of darkness, extrication from which would have been impossible. He came to my rescue when, perchance, I needed His help the most.

Several years ago, I had gone to Mumbai, my favourite city, for some work. One night, while returning from Marine Drive – a major boulevard in South Mumbai – in a taxi, one of my five friends who were with me, apparently in the grip of Satan, had a suggestion.

“Let us hence to a brothel,” said he.

“Nay,” said I, “I have never been to such a place. Besides, I have not come to Mumbai to indulge in such things.”

“As if we go to such places every day – it is also our first time, bhai. Nothing will happen; just come with us.”

But, my friend had a barrage of responses ready; he would not listen.

After much pleading, my other friends yielded to his request; I too nodded my head in reluctant agreement. Perhaps, I decided to partake in the sin of my own volition, for carnal desire was there.

“Just one time,” I said to myself in soliloquy.

Thus, the taxi hurtled down the Marine Drive at top speed towards a brothel and perchance, to our perdition.

At the brothel, we were escorted by a pimp to an anteroom wherein we were made to sit on the sofa and wait, while my heart throbbed with excitement. After five minutes or so, the pimp escorted three girls from an adjacent room to the anteroom and made them stand in line.

Satan was at his best that night, for I found myself out on a limb. A man might succumb to allurement, however much he resists, but help arrives from somewhere. It could be in any form and thus, God saves him and those about him in spite of themselves. In such a case, an atheist would give credit to providence for saving him; a Muslim would thank Allah (SWT) for showing mercy; a Hindu would prostrate before Lord Rama, and likewise, a Christian would thank Jesus.

So help arrived for me, a Hindu, as well. Whilst sitting on the sofa, I started having severe stomach aches out of nowhere. With every passing moment, the pain kept on increasing, to the point that I started squirming and wincing on the couch. I beseeched my friends to take me to a nearby hospital at once and leave that place. Seeing my pitiable condition, they yielded to my request and carried me off to a taxi.

However, as soon as I sat in the cab, my stomach ache was gone. But when I told my friends of the same, they frowned and abused me for deceiving them in such a manner and would not believe that my pain was real. Who caused that stomach ache? It took me some time to understand the significance of this incident; but then it just clicked… it was a godsend.

The God, who has His abode inside me, proved to be stronger than the devil that night and thus, saved me. I had experienced an epiphany. Thenceforth, my belief in Him has increased manifold.

You may call Him Allah (SWT), a Buddhist may call Him Buddha, and a Christian may call Him Jesus; for a Hindu He or She could be one of the 33 million deities. But, He is the same who dwells inside all of us. All I know is that He saved me.

Who should I thank then? I could not displease any God after that night.

So I visited a temple and paid obeisance to Lord Rama for showing me the right path.

I visited a mosque and prostrated to thank all mighty Allah (SWT) for coming to my aid in my hour of need.

(Allah is the Greatest)

I visited a church and thanked Jesus for bestowing mercy upon me.

“O Jesus, our Lord, our saviour, I thank you for this day, for your infinite love,” prayed I.

Thereafter, I paid a visit to a Gurdwara, my head covered with a handkerchief.

(Khalsa is of God and to God belongs the victory… whoever utters (the phrase following) shall be happy, shall be fulfilled; eternal is the Holy/Great Timeless Lord)

Again, what is in a name? He is still the same.

Yet, had I been in Malaysia, I would have been arrested for uttering the word “Allah”. Its highest court has rejected a challenge from the Catholic Church seeking to overturn a ban on non-Muslims using the word “Allah” to refer to God.

Why, is God their personal property? Allah (SWT) is as much mine, as He is of my Muslim brethren.  Allah (SWT) dwells in my heart.