Would you kill a killer? 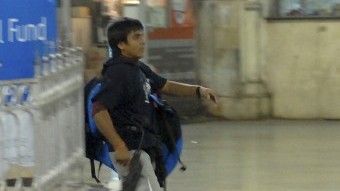 According to an AFP report two Pakistanis are to be executed for drug smuggling in Yemen. Their  trial began in December last year and is likely to end in front of a firing squad.  Ajmal Kasab, bad guy extraordinaire, is another Pakistani waiting for justice through death. He has appealed the  sentence. Mujahid Abdullah, Abdul Hai and Saleem Zaman, three men found guilty of involvement in an attack on a police check-post in Mianwali that claimed the lives eight policemen, were awarded the death sentence in Sargodha. Some readers may be thinking “Justice at last!” I cannot help but think what if they are innocent?

Certainly, these men have been declared killers after fair trials. Yet how just is a system which allows prisoners to languish in jails for decades before they even see a courtroom? The legal system all over the world, is not one that I would bet my or any one’s life on. In a throwback to medieval times, the flaccid legal system has provoked frustrated mobs to attack thieves in attempts at vigilante justice. A sickening example of mob violence occurred in Lebanon earlier in May. Mohammad Salim al-Msallem, an Egyptian who confessed to the brutal murder of a family of four, was seized from police custody by angry villagers. The mob stabbed him to death reportedly calling out, “Revenge! Revenge!”, and then hung him with a butcher’s hook from a pole in the village square.

Were the villagers wrong? The man had confessed. They meted out justice as they deemed fit. Would Msallem’s death be more just if he were hung after a judge pronounced a death sentence or simply more palatable? There is a thin line between an execution in a prison and one in a village square. Perhaps true justice lays in separating oneself completely from what can be deemed barbaric.

Although the death penalty is comparatively rare in India, the Kasab sentence was welcomed with chilling bloodthirstiness. According to CNN-IBN’s Abhishek Patni when Kasab’s execution was announced there was cheering on the streets. Vinod Masani, owner of the boat Kasab hijacked suggested that his right for appeal be revoked and he be hanged at New Dehli’s India Gate, a national monument,. While the call for Kasab’s death is part-nationalism there is a genuine undercurrent of viciousness that has spread. Mobs do not care about right and wrong – but do they want courts to?

In Pakistan the number of executions courts have announced has decreased significantly but legal framework still holds up to 25 crimes to be punishable by death. Besides murder and treason a person can also be executed for blasphemy, rape and even manipulating the railway system. Loopholes in the legal system mean that only those at the bottom of the economic food chain will usually end up on death row. The over quoted maxim of an eye for an eye grates ones nerves when children as young as twelve are awarded the death penalty. I can visualise these men cutting bleeding eyes out of human heads to exact vengeance.

When meting out a punishment like death, society tells the individual they are beyond redemption. The unschooled murderer who has been failed by the educational system will now be killed the justice system in the name of what is right and fair. I often hear the argument that there is no reason why the tax dollars of good citizens should pay for the upkeep of imprisoned deviants, killers and rapists. Yet, I can’t reconcile myself with how this nameless, faceless ‘good’ citizen would choose to see someone killed in order to save some cash.

The nature of death and vengeance should not take precedence over laws, which exist to protect both the innocent and guilty. Let the guilty be punished in a way that will not blur the lines between those ripping eyes out of sockets and the rest of us.