Will North Korea consider this blog an “act of war”? 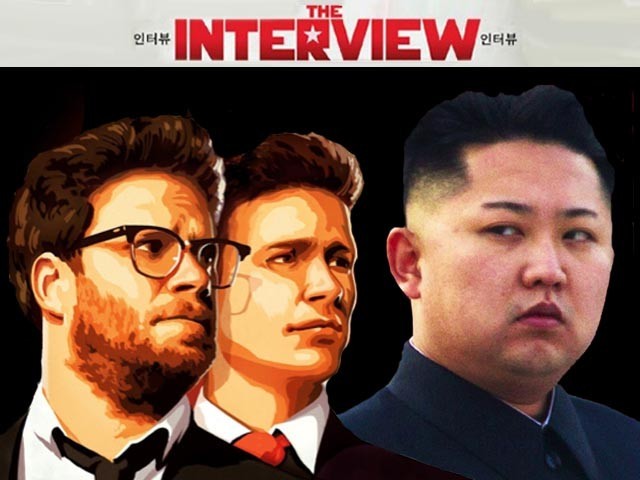 It is preposterous that the casteist leadership of this nation, masterminding some of the greatest atrocities against humankind, should believe that it is a Seth Rogen film that threatens to tarnish its otherwise impeccable image.

Facing what could be his harshest critic yet, Seth Rogen’s upcoming film, “The Interview”, has been rated 4.5 nukes by the fuming Supreme Leader of North Korea whom it has satirised.

A spokesperson for the dictatorial regime has accused the Obama administration, which allegedly ‘masterminded’ the movie, of “provocative insanity”, and deemed the movie an outright “act of war”. According to the North Korean Ministry of Foreign Affairs:

“If the United States administration tacitly approves or supports the release of this film, we will take a decisive and merciless countermeasure.”

It is unlikely that the “merciless countermeasure” would be a caricature of President Obama with satanic horns and a handlebar moustache. It might not even be the simple severing of the last few threads of diplomacy linking North Korea to the Western world.

Let’s be fair. Just about any head of state would be offended by a movie based on his or her fictional assassination. But few would respond so bombastically to a simple Hollywood flick. The North Korean ruling dynasty is renowned for many things, but not for its sense of humour.

Hollywood flicks often display a clear bias against Russia, North Korea and Iran, but North Korea is probably the last nation on Earth whose complaint carries weight. This is a country notorious for its own propaganda films, founded on its Juche ideology, sometimes called “Kimism”. The propaganda has helped elevate the despotic rulers nearly to a divine status, making Juche a form of ‘political religion’.

It’s worth reminding ourselves of the sort of country we speak of. Escaped survivors have provided harrowing accounts of ‘life’ inside North Korea’s massive prison camps, if one should have the temerity to call it ‘life’. One book, ‘The Escape from Camp 14’, follows the frightful struggles of Shin Dong-hyuk, who witnessed the execution of his family and, in times of excruciating hunger, had to scrounge through animal dung for undigested kernels of corn.

It is preposterous that the casteist leadership of this nation, masterminding some of the greatest atrocities against humankind, should believe that it is a Seth Rogen film that threatens to tarnish its otherwise impeccable image. That ship sailed off (and hit an iceberg) a long time ago.

Meanwhile the American government, whether or not it approves of the film, is bound by its constitution’s first amendment to steer clear of the matter. Should the US administration comply with North Korea’s demands and block the movie set to be released this October, it would easily lead to an insuppressible national uproar.

Seth Rogen, with his famously loud and obnoxious guffaw, has been berated by many a critic for his inability to grasp the art of subtlety.

However, Kim Jong-Un’s remarkably thin skin has ensured that the upcoming comedy flick would be a dazzling success, as cinephiles clamour to see the movie that spurred an ugly diplomatic crisis.