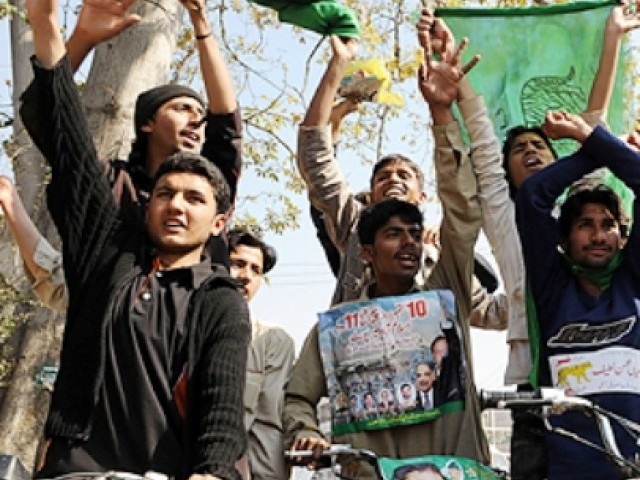 Blaming illiterate farmers for voting for the wrong people betrays a hypocritical mindset.

Musharraf’s return to politics and the MQM’s land reform bill has brought the ubiquitous villain, feudalism, to the centre of political debate.

Hand in hand, a view that has been aired vociferously is the notion that “illiterate” and “poor” people waste their votes.

It’s the fault of those “damn illiterate people” who choose the wrong people, some say. Others have argued that it’s a shame that “A PhD and an illiterate farmer both have an equal vote”. In a nutshell, it seems that a strand of the urban English-speaking elite believes that the electorate doesn’t know what’s best for them; that they are responsible for bringing in the current “democratic dispensation” of crooks and incompetent leaders, comprising of the landed elite.

The notion that illiterate voters do not make intelligent choices is flawed. Everyone wants the best for themselves, their children and their families. Voters are victims of circumstances and don’t purposefully create the circumstances that ruin the nation.

Individuals are most concerned with what happens in their immediate surroundings. Those of us who have the good fortune-or misfortune-of access to the internet and multiple media outlets tend to look at the state of Pakistan from a macro, wide-angled perspective. However, for the vast majority, local concerns are paramount. It’s not fair to undervalue, disregard or even worse, call to disenfranchise voters who may not share your preferences.

We have all had a lot of fun at Jamshed Dasti’s expense. The media, commentators and people like myself have ridiculed him for forging degrees and his expulsion from the National Assembly. We were all shocked when members of his constituency returned him to Parliament in a by-election after his dishonesty had been made evident.

Jamshed Dasti is an illustration of the disconnect between his constituents and the wider polity. Amongst his constituents, he is known affectionately as Rescue 15, and is seen as a credible alternative to the run of the mill feudal lord turned politician.

Should we condemn those people who voted for him based on their needs and the perceptions of their local politicians?

The Easy Way Out

Why is anyone surprised that people vote for their local feudal lord? Is there really any other choice? Is losing your tenancy, livelihood and belongings worth defying the all-powerful land lord? Individuals are making intelligent choices given their circumstances and the information available to them. Why blame them for “wasting their votes”?

If we want to see the end of feudalism and the landed gentry, we must change the system that upholds their continued entitlement. Also, there is a need to change the local narrative where inherited title and privilege is held in such high esteem.

Pouring scorn over individual voter preference is the easy way out. All we need to do is to make these “bloody illiterate” people to vote for the right people! It’s a convenient and overly simplistic excuse to disenfranchise people, by claiming that they don’t know what’s in their best interest.

I can’t claim to understand or comprehend the life of a sharecropper, farmers imprisoned in private jails, those in bonded labour or those committing suicide under debts owed to the local landlord. At the very least, they should be respected for their choices. That they continue to vote for those who exploit them is an indication of how powerful feudalism remains, not of their ignorance.

We all have a right to vote and express our preferences. These preferences are enhanced by access to information and informed alternatives to the status quo.

So for those who rail against feudalism, the recent comments by Talal Bugti offering Rs1 billion and 100 acres of land for Musharraf’s head went surprisingly un-condemned. Where was the outrage? Did anyone ask where the property came from? Was it his to give away? Where did the Rs1 billion come from? Does he pay his taxes? Why not spend it on the people of Balochistan? Will their problems be solved by dishing out a bounty to those who commit murder?

Similar questions could be asked of the many landlords and local powers that terrorise our roads with their motorcades and gun-tooting body guards. Who pays for their palatial houses? Who pays for the 4 wheelers? And then they have the audacity to claim in their declaration of income that they are poor and without a steady income.

Many amongst us are guilty of not questioning and not condemning what happens before us. Indeed, many envy them for the gunmen, the entourage and the izzat attached with being able to do what one pleases. At the same time, we expect the “illiterate and poor farmer” to make the right decisions. Hypocrisy on our part is a convenient way to deflect our complicity in upholding the rampant exploitation of our fellow Pakistanis.

The next elections are due to be held in 2013. We must recognize that those who are exploited are not contributing towards the continued dominance of the landed elite in the national and provincial assemblies. They too are victims, victims of circumstances that we as a nation are yet to confront.