In Malaysia, I visited a mosque – In Pakistan, I can’t 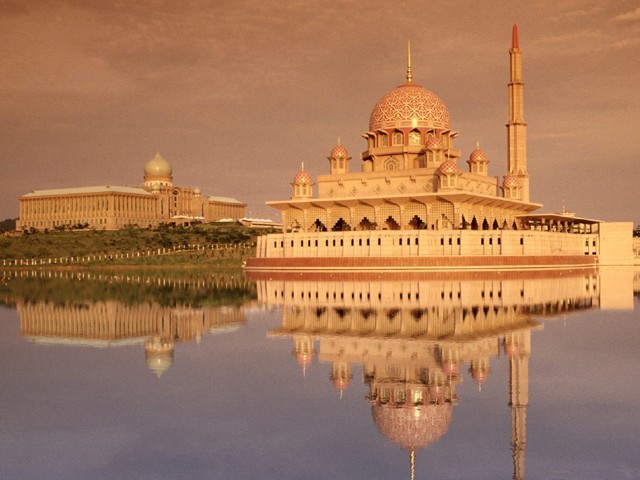 Putra Mosque: Malaysia attracts tourists because you can explore the country freely, without having to camouflage yourself in the hues of a particular race, religion or caste. PHOTO: REUTERS

I am a Pakistani, but the first time I visited a mosque comfortably was in Malaysia. I was able to appreciate the house of worship without once feeling like an outsider, something I have never been able to do while living in Pakistan.

As a non-Muslim tourist in an Islamic country I felt liberated to reveal my identity to everyone, and I consciously did so just to relive that feeling again and again before I returned home.

In Malaysia, however, it is not until one utters ‘Assalamu alaikum’ can you gauge if they are Muslim. Although over 61.3% of the population are Muslims by law, the country has opted for a conscious uncoupling of religion from culture. With private and public lives clearly demarcated, nobody talks, dresses, breathes and broadcasts their faith in public. And it’s the country’s pulsating diversity of cultures that has become its asset for tourism.

While living in Pakistan, it is hard to even envision the peaceful coexistence of Hindus and Muslims, in Malaysia it is a palpable reality. The country celebrates a number of major Hindu festivals each year and the festival of Thaipusam, the biggest after Deepavali, is actually a huge spectacle for which scores of Hindus fly in from around the world; this example of harmony is not evident on only a few occasions, it is intricately woven into the very fabric of society. The annual ‘Colours of Malaysia’ festival, popularly known as Citrawarna, is a platform where different ethnic groups in the country come together to celebrate their unique culture with dance and music. And their display of solidarity is so overwhelming it can actually put any Pakistani to shame.

Let alone a united Pakistan, can you, on your own, even imagine women participating in a dance parade dressed in a sari or shalwar kameez or a skirt in Pakistan?

But in Malaysia you can dress however you want without attracting any unwanted attention. You can go to a club and have a drink and nobody will judge or harass you because they respect the fact that everyone has a different set of beliefs and no one set of beliefs is better or truer than another.

“A bubbling, bustling melting-pot of races and religions where Malays, Indians, Chinese and many other ethnic groups live together in peace and harmony,” is how the country projects and promotes itself on its official tourism website.

It’s not the rainforest in Taman Negara, the sandy beaches in Pahang, the Petronas Twin Towers in Kuala Lumpur or other holiday ‘surprises’ with which they attract tourists, but the fact that you can explore the country freely, without having to camouflage yourself in the hues of a particular race, religion or caste. And the allure of multiculturalism is propelling the tourism market in the right direction as the country celebrates ‘Visit Malaysia Year 2014’ that is expected to boost their GDP by 6.8% to MYR168.9bn as reported by the World Travel & Tourism Council (WTTC). An industry which, if Pakistan does choose to give serious thought to, can hypothetically help reduce dependency on foreign assistance to a considerable extent.

For the sake of many traditionalists who might argue that beneath Malaysia’s glittering ‘facade’ is a growing wave of disconnect from its Islamic roots and other Islamic nations, the country openly endorses itself as ‘Muslim-friendly’ holiday destination. An estimated 4.3 million Muslim tourists visited the country in 2013, and approximately six million more will be paying a visit this year, as pointed out Seri Mohamed Nazri Abdul Aziz, during a seminar in February.

In fact, many non-Muslims who visit the country return home with spiritual enlightenment. At the Putra mosque, in Putrajaya, the tour guide claimed that some revisit Malaysia to convert to Islam, and this year, for the first time, a marriage ceremony will be performed at the mosque for one of the converts.

Pakistan has a lot to learn from Malaysia’s cultural mosaic that has not only catapulted tourism in the country but also cemented its status worldwide as a Muslim-majority nation with a progressive outlook. And while we may still be light years away from mirroring Malaysia’s model for peace and tourism, I guess there is no harm in at least talking about the possibility of it for now.