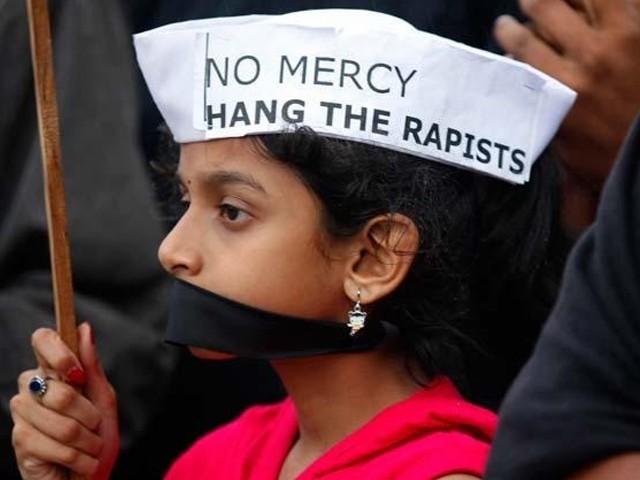 'Kill on sight' needs to be the internationally recognised action for them anywhere in the world. PHOTO: PINTEREST

The outrageous rape and hanging of Muzammil Bibi near Multan is shocking to say the least. However, it will only remain a source of horror and disgust for a couple of days because as a nation we have grown immune to such and even worse cases.

These news items catch our eye for a second and we mention it to our friends during the current day. Our discussion ends with,

“Yaar, these things are common in Pakistan and no one can do anything about it.”

We rarely remember this the next day and by the third day, there is another wild story to enrapture us, like the barbaric removal of the barricades in Model Town, Lahore.

The only reason rapes continue at a steady pace and get more ‘colourful’ and adventurous with each case is because we let it happen. This particular case in Multan is appallingly similar in detail to the recent rape and hanging of the two girls in India. This only proves that rapists around the world are getting shamelessly overconfident in their sick ventures. Taking things further, they have started mimicking rape ‘styles’ from around the world as in the case of Muzammil Bibi. The point to note is that if there is enough lack of jurisdiction in areas to allow these barbaric people a free hand then that same lack of jurisdiction should be availed when taking care of these issues too. Instead of handing these people over to the police, they should be hanged from the same tree. They should not be turned over to police authorities that are mangled and distorted in their jurisprudence anyway.

During war, there is a command called ‘shoot on sight’ for the enemy. It puts the soldiers at ease because they are not required to overpower the enemy and bring him in alive but are given the green signal to get rid of the ‘trash’ right away. The same order should be a global order for rapists. Whenever and wherever rapists are found, and they eventually are by the people of the given area, they should be dragged from their hiding holes and hung from the same tree. Even if the poor woman in question is not murdered but only raped and if there is ample proof of the crime, these pernicious breed of humans should not be verbally reprimanded or questioned but killed right away.

Yes, my suggestion is very aggressive. However, this aggressive reaction to this far more aggressive act of violence is the only way such abhorrent atrocities against women will end. Giving terrorists a free hand will only make them stronger and despicably zealous in continuing their violence. Just like the camel and the tent story. We are watching an example of this happening with operation Zarb-e-Azb. The country has been burning for months and the Tehreek-e-Taliban Pakistan (TTP) has been claiming responsibility continually. Yet our government chose to be complacent. Finally, as the government got enough sense to react, the entire nation is feeling that rejuvenating sense of ‘getting back’ and reacting.

For me, rape in any country is far worse than a war anywhere in the world. This is a never ending war against the weaker member of humanity that men treat like garbage and then throw in trash cans or hang from trees to display their masculine presence on earth. Rapists therefore should be burned on sight; ‘kill on sight’ needs to be the internationally recognised action for them anywhere in the world.

Let’s see how the rapists like it now; let’s see how they would then dare to fulfil their macabre desires to treat women like the lowest form of creation on earth that has no respect and no right to exist like a human unless it is to fulfil the sick sexual desires of sick men called rapists.