My friend and I were the first Pakistanis to receive tweets from Space! 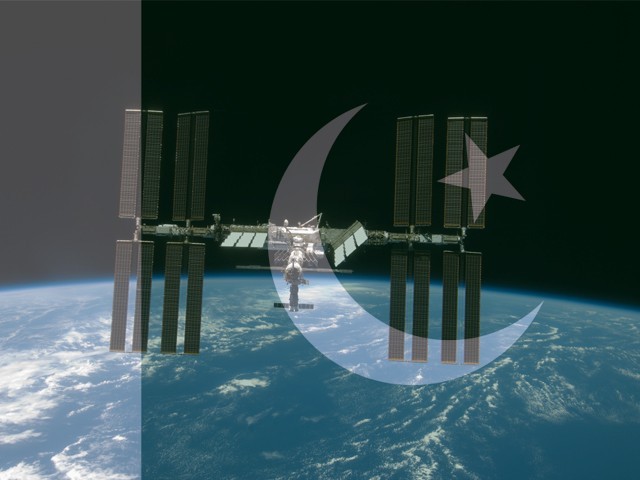 During an ISS pass, people from at least three cities of Pakistan, Hyderabad, Karachi and Lahore, saw the ISS passing right above their heads and waved at it.

2010 was ending and I had no idea about the amazing things that were going to happen. Since it was the end of year, my old astronomer friend Ramiz Qureshi told me that he wants Pakistani astronomy enthusiasts on Twitter to become a part of the International Space Station (ISS) wave.

All was set and during the last week of December we decided to set things in motion. During an ISS pass, people from at least three cities of Pakistan – Hyderabad, Karachi and Lahore – saw the ISS passing right above their heads and waved at it. Once done, people tweeted their sentiments regarding the wave. It was perhaps the first time something like this had happened in Pakistan.

Qureshi and I decided to take things to the next level. He mentioned Astronaut Scott Kelly, who was the station commander on the ISS at the time, while I mentioned Astronaut Paolo Nespoli, who was also aboard the ISS. We were already quite content with the whole thing and the way we had managed to arrange the event.

The very next day, I received a text from Qureshi asking me to check my Twitter feed immediately because something ‘amazing’ had happened. Unfortunately, the power was out at the time and I was unable to use my computer so I couldn’t check right away. But as usual, curiosity was killing me! So, as soon as the power came back, I logged onto Twitter.

It took me a while to realise what had happened.

We had become one of the first Pakistanis to receive tweets from space!

@ramizq1 Thanks for looking up. It's an incredible sight below too.

But that was not all! Mr Nespoli was going to send a picture of Karachi from space! And he did!

@zeeshan_ahmed Will take a picture of Karachi. Pakistan is very bright and usually not many clouds at night!

Although, it is a mystery whether the astronaut had gotten confused, or not, whilst taking a picture, because the comments on the picture itself suggested that the picture tweeted was not Karachi but was, in fact, Athens.

@zeeshan_ahmed If I did not get confused, this should be #Karachi. Hello #Pakistan! #magISStra http://flic.kr/p/9665FZ

Regardless of that, I considered this to be one of the biggest achievements, not just for myself or Qureshi, but for Pakistan as a whole. This was something that all Pakistanis could cherish. We received tweets from space guys!

Here’s to the enthusiasm of those who want to know about the cosmos.

“We are a way for the cosmos to know itself.” – Carl Sagan

A writer, who loves exploring horizons; literature, music, movies, past and beyond. He tweets as @ImZeesh (twitter.com/ImZeesh)

How I fell in love with Delhi