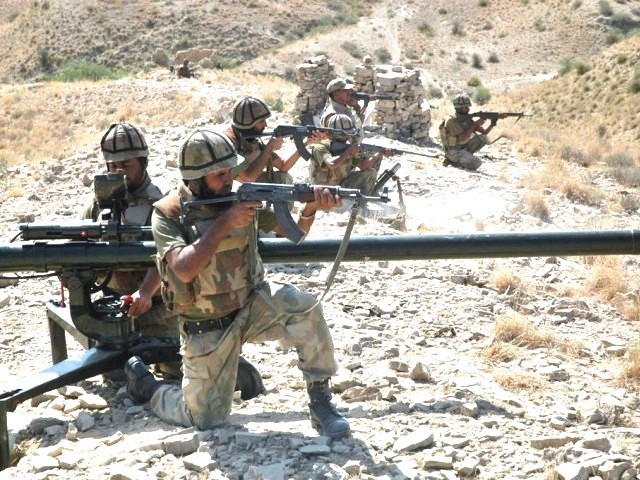 While the airstrikes and ground efforts in North Waziristan have been needed, it’s not clear whether this effort can inflict a decisive blow against militancy in Pakistan. PHOTO: AFP

After many rumours and false starts, and after years of requests from US officials, Pakistan has finally launched a major military offensive in North Waziristan, ground zero for militancy in that country.

Extremist organisations use North Waziristan as a base for attacks on US forces in Afghanistan and to mount assaults on targets in Pakistan. The remnants of al Qaeda central, including perhaps supreme leader Ayman al-Zawahiri, have a presence there, as do Uzbek extremist groups, one of which claimed responsibility for the recent Karachi airport attack. Even Faisal Shahzad, the Pakistani-American who attempted to blow up Times Square in 2010, received training in North Waziristan. This tribal area is a magnet for militants, local and foreign.

But while the airstrikes and ground efforts in North Waziristan have been needed, it’s not clear whether this effort can inflict a decisive blow against militancy in Pakistan. Here are four questions that underscore how conditions in Pakistan may be stacked against success:

1. Will there be a critical mass of militants left to fight?

The Pakistani government has been hinting at the likelihood of an operation since January. In the five months since then, Pakistani Taliban and other militants have had ample opportunity to escape to other tribal areas in Pakistan or even into Afghanistan.

2. Will international forces in Afghanistan be able to assist?

Pakistani officials have asked international forces in neighbouring Afghanistan to help prevent militants from crossing the porous border into that country. But with the foreign presence in Afghanistan on track to diminish over the next few months, it’s not clear whether foreign troops will have the capacity to offer such assistance—and, if they do, they’ll need help from Afghan security forces, which have an uneasy relationship with the Pakistani security establishment.

3. Will this operation target militants across the board or only the Pakistani Taliban and its allies?

Pakistan has long distinguished between “good” and “bad” militants: It considers the Pakistani Taliban, which targets the Pakistani state, “bad”; the Afghan Taliban and Haqqani network, which strike Afghanistan and US and Indian interests in that country, are “good”. All of these groups are based in North Waziristan, but if Islamabad targets only the “bad” militants, the operation’s success will be limited.

4. Will this operation include associated efforts outside Waziristan?

Militancy in Pakistan is no longer restricted to tribal areas. Thousands of militants have set up shop in cities. In the absence of stepped-up law enforcement efforts and other civilian-led security missions in urban areas, a Waziristan-only operation cannot root out militancy on a national level.

And that bodes poorly for the ultimate prospects of this much-needed offensive.