No room for ugly leaders in Pakistan 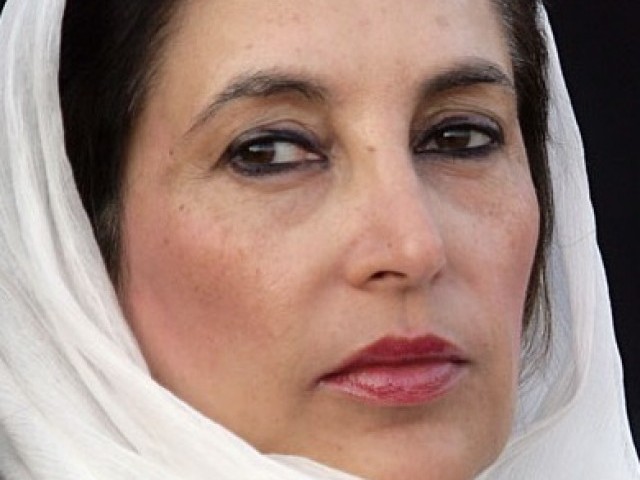 Do we choose leaders based solely on their charming appearances?

The other day I met someone (a prominent bureaucrat) who gave much credence to appearances. He insistently equated good looks with competence.

Although he did not say his opinion was swayed by colour bias, his comparison of top Pakistani and Indian politicians makes me think there was a prejudice favouring our “tall and handsome” leaders against gnome-like ones across the border. This form of judgement, in my humble opinion, is a typical Pakistani trait. It shows that we still regard someone with clear skin and certain facial and physical traits as fit to lead a nation.

Consider the founder of the Non-Aligned Movement and the first president of Yugoslavia, Marshal Josip Broz Tito. Or the former general secretaries of the Communist Party of the Soviet Union, Nikita Khrushchev and Leonid Brezhnev. Or British prime minister Margaret Thatcher. Or former chairman of the US Federal Reserve Alan Greenspan. Or former US Secretary of State Henry Kissinger. Or former Indian prime minister Atal Bihari Vajpayee. Or American inventor Thomas Edison and the 16th US president Abraham Lincoln. Or South African freedom fighter Nelson Mandela. No one in their right mind would call them good looking at all. But the world doesn’t remember them for their good looks. They are known for what good they achieved.

Tito provided the cohesion for the now-defunct state of Yugoslavia. Brezhnev was one of the few people who kept the Soviet Union kicking and alive and kept the mighty US at bay. Thatcher, the tough-talking ‘Iron Lady’, was the first woman to lead a major Western democracy and a nuclear super power. She reshaped almost every aspect of British politics, economy and foreign policy. Greenspan was, according to a Time biography, the architect of “the longest economic expansion in US history”. Kissinger pioneered detente and orchestrated the opening of US relations with the People’s Republic of China. He is credited with doing so much in so many countries in so little time all over the world that it appears almost super-human. And Vajpayee! The poet-statesman who led pro-market reforms, brought it under the American umbrella and the man who provoked Pakistan into becoming a declared nuclear power. No one needs to remind anyone about the achievements of Edison. He is one of the few geniuses who ever graced this earth.

Our leaders, be they political or economic, civilian or military, have almost always been at least photogenic (with the exception of General Ziaul Haq. And by the grace of God, we were spared the agony of him laying claim to the title of ‘field marshal’ for “destroying” the Soviet Union). Ayub Khan, Yahya Khan, Zulfikar Ali Bhutto, Benazir Bhutto (PPP rhetoric notwithstanding), the Sharifs (the elder and the younger both), Prime Minister Yousaf Raza Gilani and President Asif Ali Zardari and even former president General Pervez Musharraf have all looked good in print and on screen. Even their cohorts, like Agha Shahi, Sahibzada Yaqub Khan, Junejo, Ghulam Mustafa Khar, Ghulam Mustafa Jataoi, Shah Mehmood Qureshi had good faces. That’s all the good that I can ascribe them.

They were and are not good to the people at all. At least, not like Lee Kuan Yew, who established Singapore’s economic ascendancy, or Mahathir bin Muhammad, the founder of Malaysia’s rapid modernisation, or even Sheikh Muhammad, the ruler of Dubai, who created heaven on earth, at least for his own people.

We all should remember that when people of all kinds of faces work together, they are capable of rising up against injustices, like what happened in the American and French revolutions. Such unity can bring about the Long March which heralded the formation of the People’s Republic of China. Such harmony can lead to the creation of global empires.

Discrimination based on looks shows that most of us are still steeped in the colonial mindset of divide-and-rule. This will not allow us to rise above parochial boundaries.

We need to realise that unless we institute merit, work in unison and without any discrimination, our nation cannot rise above the rubble these people with good faces have meticulously ruined.

A geologist by education who has been a journalist for over 20 years. His articles have been featured in various English language dailies and journals since 1984. He is a strong advocate of personal freedom. Ghouse is currently working at The Express Tribune.

The crisis of Pakistani television